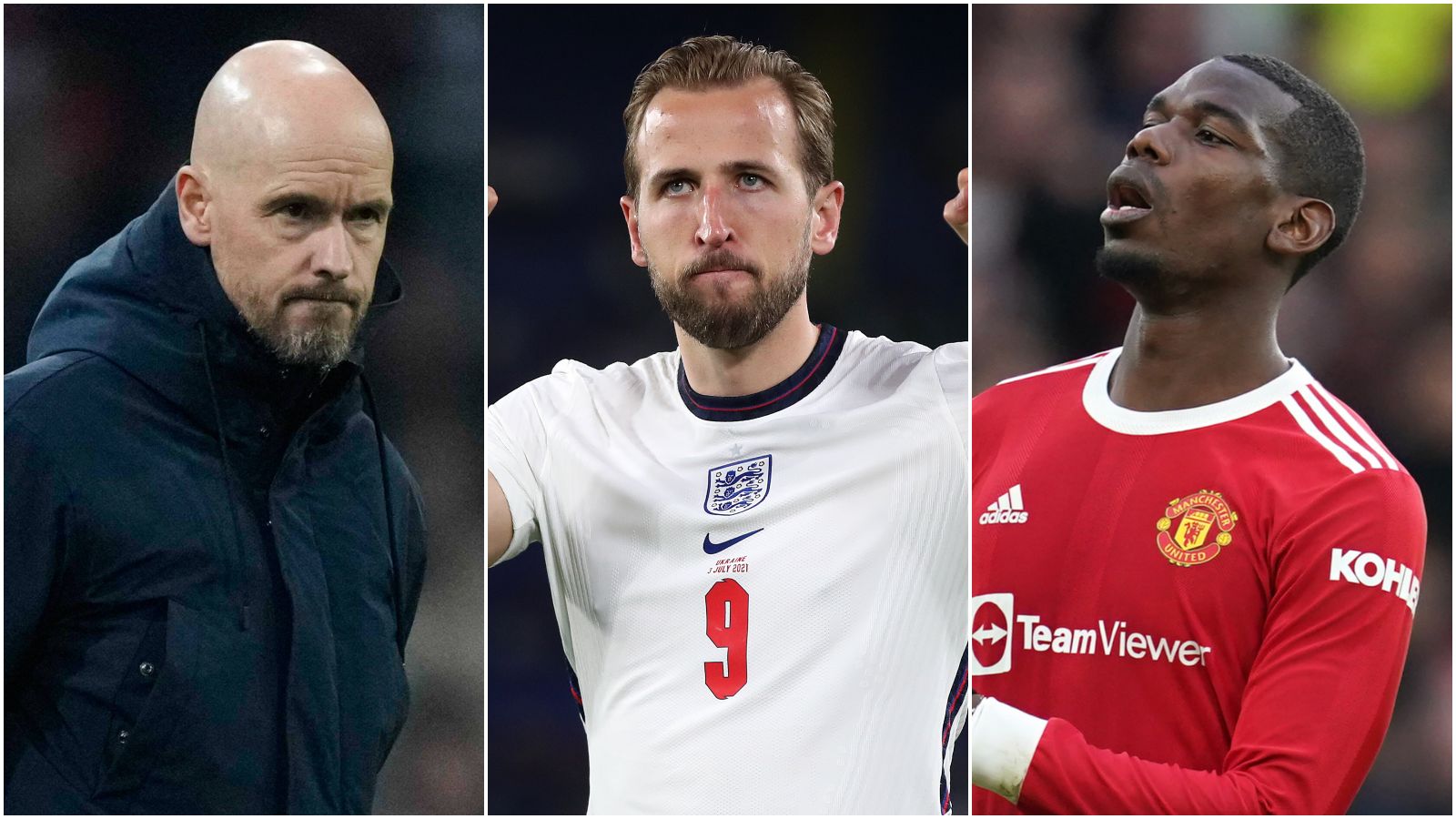 Harry Kane has displeased the newspaper that used to worship him and one line on Erik ten Hag and Manchester United continues to be peddled.

Ahead of the next World Cup, the very same newspaper has seemingly disowned that very same icon.

‘QAT FLAP’ is the headline to a grumpy Charlie Wyett piece, with a similarly curmudgeonly sub-headline of: ‘England players miss chance to speak out on cup hosts’.

Did he rock up at St George’s Park under the impression Kane would be announcing England are pulling out of Qatar 2022 in protest?

The online version of the headline is no more forgiving:

Considering England stars failed to speak out on Qatar human rights as Kane again skirts World Cup issue, The Sun did remarkably well to produce both a back page and a double-page spread heavily comprised of Kane’s quotes.

But ‘there was not much substance in the captain’s words, however well intentioned’. Wyett continues:

‘At their first team meeting of 2022 at St George’s Park, the players were briefed about the country’s disgraceful human-rights issues.

‘From workers’ right to the discriminatory policies towards the LGBT community.

‘But still we wait for a proper message from the England players.’

That looks like a ‘proper message’. Was Charlie Wyett at the same press conference as Sami Mokbel? Considering The Sun’s story does not contain the same quote from Kane about LGBT supporters and how fans must be made to “feel safe” and “free to watch the games how they please”, it is unclear.

Captain’s slog
Seriously though, someone must have relieved themselves in the general vicinity of Wyett’s cornflakes. Here is another excerpt from his article:

‘Kane wants to speak to other international captains, namely Spurs team-mates Hugo Lloris of France and South Korea’s Son Heung-min over the situation.

‘And whether or not they can hatch some sort of plan, he could have easily had that conversation in the four months since England’s qualification.

‘But will the England players actually do anything? Do not hold your breath.’

He wants to speak to other international captains? To, in his own words, “have that unity and togetherness in terms of captains or countries all driving towards the same thing” and “send a message”? Pathetic. And he didn’t already have these complicated, in-depth conversations during an incredibly busy league season? Not good enough.

Mediawatch will hold its breath for at least a little longer than the first England gathering since they qualified for said World Cup. They have only just had a meeting about the issues in Qatar and ‘Sportsmail understands that the team will take some sort of stand ahead of the tournament‘. Give them a sodding chance.

Future proof
Reflecting just how important the issues in Qatar clearly are to The Sun, Wyett leads the way by concluding the piece with a few words on Kane’s Tottenham future. Obviously.

‘Elsewhere, Kane was asked about his Spurs future and ducked the issue.’

Footballer on international duty opts not to indulge laborious and repetitive questions about his club status. More as we get it.

‘Asked whether Tottenham boss Antonio Conte has asked him to stay, he said: “Look, I am not going to get into discussions, personal discussions with the manager.”

‘So, given the chance, it looks as though Kane will probably be off.’

There is reading between the lines and then there is Charlie Wyett dusting off his confirmation bias microscope. Because it worked ever so well for the nation’s best-selling newspaper last time.

“You have to be honest, the last five seasons have not satisfied me – really not at all.”

“It’s simple with France, I play in my position – I know my role and I feel the confidence of the coach and the players.”

“At Manchester United it’s hard to be consistent when you often have a change to your position, or the team system, or your partners.”

Things Paul Pogba did not say in his latest interview:

Thursday’s MIRROR Sport: “United Is DEAD To Me” #TomorrowsPapersToday pic.twitter.com/2luGiPNkQm

Billy, don’t be a hero
Jeremy Cross is the man tasked with covering that ‘resignation letter to United’ from Pogba. The Frenchman’s final quotes in the story concern his battle with mental health issues at Old Trafford, culminating in this:

“Because you make money, you always have to be happy? Life isn’t like that. But, in football, we are not superheroes, only human beings.”

How does Cross use his incredibly privileged platform to handle such a delicate subject? With this closing line:

‘Most people who follow United will agree with Pogba on one thing – he hasn’t even been close to being a ‘superhero’.’

Zing. Completely worth undermining  the concept of depression. Well in.’

King Erik
Elsewhere in the Daily Mirror, Cross tries to cover his arse over Erik ten Hag and Manchester United.

On March 16, he wrote: ‘Thomas Tuchel has replaced Mauricio Pochettino as the outstanding choice to become Manchester United’s next manager.’

On March 17, he wrote: ‘Mauricio Pochettino and Erik Ten Hag have shown in recent weeks the challenge of managing United will be too big for them.’

On March 23, his Daily Star colleague Joseph McBride wrote that ‘reports of a Chelsea raid appear wide of the mark’.

And on March 24, Cross takes to the Mirror to not only insist that ‘United’s preferred target remains Tuchel’ but ‘Manchester United are said to have reservations about Erik ten Hag following his interview with club bosses’.

Oh right. Did his PowerPoint presentation mess up? Did he forget to introduce himself by saying ‘This is Manchester United Football Club’? How did he f*** this one up?

‘They have spoken to the Dutchman about becoming the club’s next permanent boss. And while the Ajax coach is said to have come across well in talks, there are still concerns about him being a big enough character to handle the challenge which lies ahead at Old Trafford.’

Right. So you are just conveniently still flogging your own personal dead horse of an idea that he has ‘shown in recent weeks the challenge of managing United will be too big’? In which case, it’s a load of old balls to suggest those ‘reservations’ have emerged ‘following his interview with club bosses’. They were there before, according to you and you alone.

Mirror, Mirror
‘LINDELOF STILL UPSET AT RAID,’ screams a headline in the Daily Mirror about the Manchester United centre-half, whose home was burgled in January.

Mediawatch is not sure there is a statute of limitations on being ‘shaken’ about a break-in at your home, involving your wife and two young children. But if there is it probably doesn’t expire after two months. Of course he’s STILL UPSET, for Christ’s sake.

To be fair, a Premier League table that has Newcastle in 14th, nine points above the relegation zone with nine games left to play, says back-to-back defeats will not derail Newcastle’s survival mission.