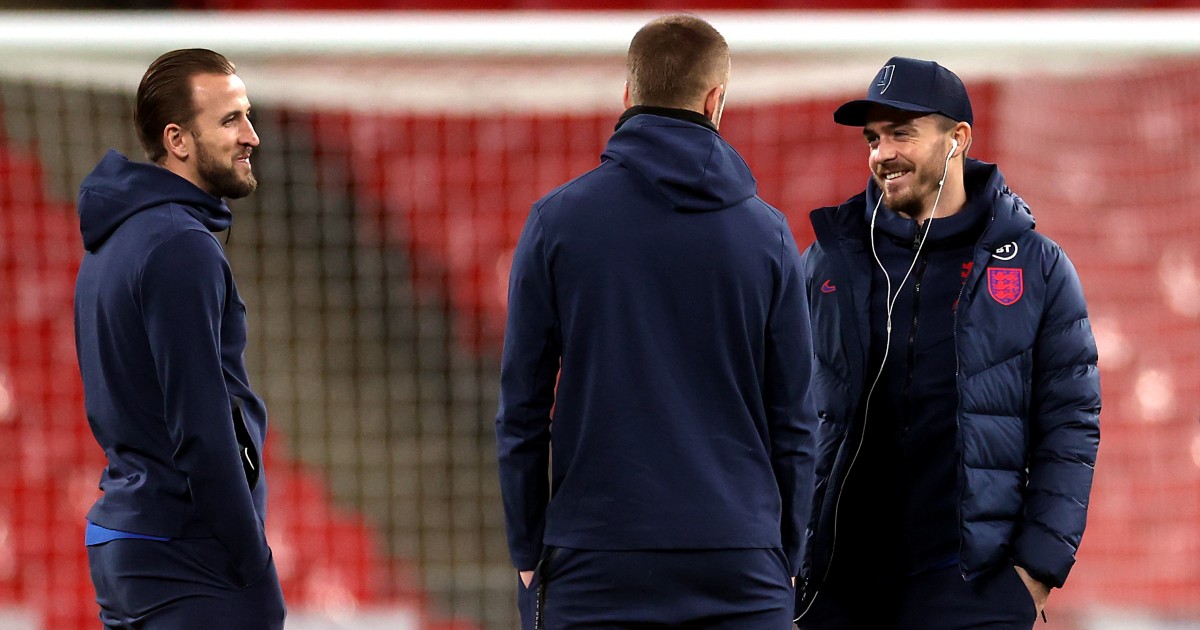 Harry Kane has not shown up for training because he wasn’t meant to. Jack Grealish has a release clause but might not. Van der Sar is replaced

Dirty Harry
‘Tottenham striker Harry Kane has failed to report for training this morning after returning from his summer break’ – MailOnline.

‘Harry Kane has reportedly failed to show up to Tottenham training as planned after returning from holiday as speculation continues to mount over a potential summer transfer’ – Daily Mirror website.

‘Harry Kane reportedly failed to turn up for training on Monday morning as he looks to force through a move away from Tottenham this summer’ – Daily Express website.

‘Harry Kane has failed to report for Tottenham training on Monday morning, as he looks to push a move through to Manchester City’ – Daily Star.

‘Harry Kane has failed to show up for Tottenham training this morning as Manchester City continue to pursue a nine-figure deal for the player’ – Manchester Evening News.

‘Harry Kane has not reported for Tottenham Hotspur training as planned as he attempts to force a transfer to Manchester City’ – The Independent.

It is an important distinction to make at a time when information and context is otherwise lacking. If Kane is not at training tomorrow – when he is planned to be – then go for it. But until then it’s probably best not to.

Training grounded
Then again, a quick glance at the original story and you see where that line comes from.

‘Harry Kane: Tottenham striker does not show up to pre-season training amid Man City transfer interest’

Clause out
As for a player Manchester City might actually be signing, Jack Grealish has the Daily Mail a little confused:

‘The playmaker signed a new five-year deal worth more than £100,000 per week in the summer – with a significantly higher buy-out clause’ – Tom Collomosse, January 7.

‘The contract is understood not to contain a specific release clause’ – Danny Gallagher, March 3.

‘There is talk of a buy-out clause in Grealish’s contract. I have been told with certainty it exists yet Smith has denied it’ – Ian Ladyman, June 27.

‘There has been much speculation of a £100m buyout clause in that deal although neither side have ever confirmed its existence’ – Simon Jones, July 27.

‘Smith is having to re-shape his side after Manchester City activated the £100million clause for captain Jack Grealish to pre-empt his British record transfer’ – Simon Jones, August 2.

Now that is how you cover all bases.

Edwin for trouble
Did you know that Manchester United ‘may have finally found Edwin van der Sar’s replacement’?

It seems like David de Gea might have fulfilled that role, playing 441 games for Manchester United since Van der Sar retired and being really quite excellent at times over that decade. That sounds like a solid enough replacement for a phenomenal goalkeeper. But the Manchester Evening News are happy to ignore that in favour of an intriguing headline.

So don’t get too excited about Jadon Sancho and Raphael Varane, Manchester United fans, because Tom Heaton is here to tear sh*t up after a decent pre-season (during which he has conceded three goals to QPR and Brentford).

‘The 35-year-old has profited from his temporary role as the club’s first choice in goal, but you suspect he could make Solskjaer’s goalkeeping dilemma even more complex if he continues his recent form. Heaton was brilliant on his return to United action in the first pre-season game against Derby and without fault albeit in more chaotic games against Queens Park Rangers and Brentford.

‘There ought to be no worries whatsoever for United fans if De Gea does depart this summer and Heaton is tasked with putting pressure on Henderson.’

Well that is fair enough. He could be an excellent Premier League back-up. But a starter for Manchester United? A ‘replacement’ for Edwin van der Sar? Bit weird.

‘The situation is akin to the one Sir Alex Ferguson faced when trying to replace Schmeichel, a goalkeeper like De Gea who enjoyed a long-running dynasty between the United posts. After a few years of Mark Bosnich, Massimo Taibi, Fabian Barthez, Tim Howard and Roy Carroll for various periods, United settled on a 34-year-old keeper who had been playing for Fulham.’

The situation doesn’t seem all that similar. Manchester United struggled to replace Schmeichel until they brought Van der Sar in six years later. They signed De Gea in the same summer Van der Sar left. Now he and Dean Henderson are competing to start. Who is the Massimo Taibi in this scenario?

‘Heaton may not quite be in Van der Sar’s class, and there will be questions over whether he can endure as long as the Dutchman did, but signing a 35-year-old from Aston Villa isn’t too dissimilar.’

Not when you put it like that, no. But then you remember Van der Sar was a Champions League winner, four-time Eredivisie champion, World Cup semi-finalist and 98-cap Dutch international by the time Manchester United signed him.

‘If nothing else, Heaton should maintain the sky-high standards in United’s goalkeeping department, and help them cope with a possible De Gea exit. If the Spaniard stays, United will have a ludicrously good third-choice keeper, who could pass off as a first choice for many Premier League sides.’

Yep. Spot on. He will be great in training and all that. But that really is not the same thing as him being the ‘replacement’ for one of the greatest goalkeepers in modern history.

It really is that simple. Just sign Lorenzo Insigne and Marco Verratti, for crying out loud. Oh, and appoint Glen Johnson as director of football, apparently.

Way to make the club’s new signing sound like an utter arse when all he said was that the training sessions are so intense and demanding that he is sleeping well.