Not only is Klopp worse than Rodgers, he is only as good as Moyes! Plus, a Hammer to Chelsea's win... 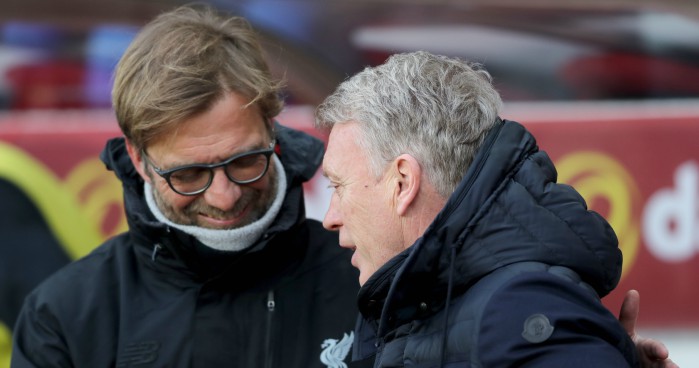 The claws
A game, if you will. Read this from The Sun’s Neil Custis on Manchester United’s win over a Burton Albion side that made nine changes and see just how many times you mutter the words ‘it was f***ing Burton’…

‘Marcus Rashford struck twice in the first 17 minutes as they scored four goals for the fourth time in seven games, starting against West Ham in their opening game of this Premier League season.

‘They also hit three past Basel and two past both Leicester and Stoke.

‘Many more will suffer at the claws of the Red Devils.

‘This is a proper Mourinho team. One to be feared, no matter who plays.’

Mediawatch got to five ‘it was f***ing Burton’s; let us know your total at the usual address.

Praise be!
Adam Shergold has also got a tad carried away on MailOnline…

‘There are no airs and graces about Marcus Rashford, no misplaced sense of superiority or football snobbery.

‘Asked by Jose Mourinho to lead the Manchester United line against weak Championship opposition in a competition the manager later suggested should not exist, Rashford still performed with his usual diligence and brilliance.’

Well done Marcus Rashford for doing your actual job. What. A Guy.

What’s occurred now? A pillow fight? A game of Articulate to the death?

‘Neymar and Edinson Cavani have been seen training after their their petulant dispute concerning who should take a penalty against Lyon.’

Explosion
Of course that’s not quite the biggest story in football on Thursday morning. That is of course…

‘Jose Mourinho’s squad can hire the luxury suites for their family and friends at home games with prices ranging from £24,000 to £81,600.’

Oh and she said:

“Having a box is wonderful. You get your own waiter.”

That is quite the ‘blast’. Keep your distance, Manchester United.

China crisis
Mediawatch was staring open-mouthed at The Sun’s match report from Chelsea’s 5-1 dismantling of Nottingham Forest at Stamford Bridge, wondering what on earth possessed anybody to write this opening paragraph…

‘ANTONIO CONTE’S mix-and-match line-up cruised to victory – but as usual it was not plain sailing for Chelsea.’

…when we realised the author was one Andrew Dillon, West Ham fan.

Only a Hammer could watch Chelsea win a game 5-1 and decide it was not ‘plain sailing’. And why was it not plain sailing, Andrew?

Well because ‘Kenedy’s goal was an embarrassment to the Chelsea hierarchy as it reopens old wounds’, as evidenced by Dillon writing six paragraphs on Kenedy being sent home from Chelsea’s tour of China (two months ago) before namechecking a single other Chelsea footballer; poor Michy Batshuayi scored a hat-trick and did not get a mention until the tenth paragraph.

Old wounds have indeed been reopened. With a sodding Hammer.

Boys will be Moyes
There has been much written this week about Jurgen Klopp having a worse win record in the Premier League than Brendan Rodgers, but Ken Lawrence of The Sun takes it a little further by claiming that Klopp’s record is ‘as bad as David Moyes managed in his season at Manchester United’.

Rather pedantically, Mediawatch would like to point out that his record is only ‘as bad as David Moyes managed in his season at Manchester United’ if you throw out all the usual mathematical rules and decide that 50.6% should be rounded down to 50%.

But then we also want to point out that Klopp’s Liverpool have amassed more points per game and scored more goals per game than Moyes’ United. And also that Moyes took over the Premier League champions and left them in seventh, while Klopp took over a team in tenth and has taken Liverpool into the Champions League.

Apart from all that, you’re right: Klopp has been exactly as big a flop as Moyes at Manchester United.

Ox in the box
It’s obviously ‘kick Liverpool day’ at The Sun (it usually is) as Graeme Bryce has written a short piece about just how terrible Alex Oxlade-Chamberlain fared against Leicester on Tuesday night.

But thankfully, ‘it is too early to write off a young player who does possess so many good qualities’. Sensible. After all, he has only had one start.

Final line: ‘This Ox tale has very quickly turned into an Ox FAIL.’