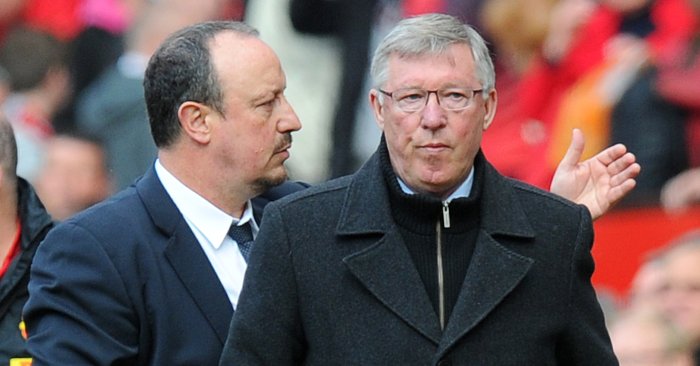 Jurgen Klopp has had a ‘meltdown’. It’s little wonder when both Manchester United and Manchester City are winning the Premier League title.

DOUBLE trouble
Spot the general theme in the national newspapers:

‘Football warned as cases DOUBLE’ reads the back-page headline from the Daily Mirror, who go on to tell us that: ‘The latest figures revealed 28 new positive cases from the week beginning December 28 and a further 12 were recorded from January 1 to 3 as the Prem begins twice-weekly testing.

‘That is a dramatic increase from the previous week’s record high of 18 cases.’

Over at the MailOnline, their caps lock is similarly jammed.

And The Sun go big with their back-page story:

‘Football is being warned by the Government: Get a grip on your Covidiots – or go back into lockdown.

The message is simple: the number of positive tests recorded in the Premier League from this week compared to last is DOUBLE. Despite that, football is ploughing on regardless.

One in 57 players and coaches are testing positive, so still below the estimated national average of one in 50 of the general population.

There is no doubt that some footballers were incredibly naive over the festive period and a serious discussion needs to be had over pausing the game if numbers continue to rise. But going around shouting about positive cases being DOUBLE while ignoring that there were also more overall tests is unhelpful and misleading.

Fact check
Ole Gunnar Solskjaer had some fun in his pre-match press conference on Tuesday. In response to a question on Jurgen Klopp’s recent penalty comparison, the Manchester United manager said, with a smirk: “And that’s a fact, probably. That’s probably gonna be my answer, that’s a fact that we’ve got more than him.”

Most people knew what he was likely referencing. He’s done it before, most notably back in July. The connotations are obvious.

So it is fair to say Ole Gunnar Solskjaer had a ‘cheeky dig’ at (Daily Star) or ‘mocked’ (Daily Mirror) Rafael Benitez. The MailOnline and Manchester Evening News say only that it was a ‘reference’ to the Spaniard and few would argue.

But trust The Sun to spoil it for everyone as Neil Custis writes, on the back page, no less: ‘Ole Gunnar Solskjaer believes Jurgen Klopp is having a Rafa Benitez-style meltdown – ‘fact’.’

He doesn’t. After all, who could possibly have watched this and decided it was anything close to a ‘meltdown’?

Ole!
Not that Mediawatch considers itself an arbiter for this sort of stuff but Solskjaer was also clearly quite calm and collected in stating that he doesn’t know how many penalties Liverpool have had, and that they can spend their time “worrying about when we get fouled in the box” if they so wish.

The following should therefore reconsider their definition of ‘hit back’. This was barely a graze.

Broken record
‘Spurs in final puts Jose on track to maintain trophy record in first full season’ is the eyebrow-raising headline in The Sun for reasons that will soon become clear if they aren’t already obvious.

Jose Mourinho, you see, apparently ‘has an uncanny knack of winning trophies in his first FULL season at a new club’. Everyone knows this. Embarrassed for you if you don’t.

Except that ‘uncanny knack’ doesn’t take into account his first campaign back at Chelsea in 2013/14, when he irrefutably did not win a trophy.

How do they get around this slight obstacle? By admitting that ‘his hot streak of trophies in his first full season was snapped’ while adding ‘(although the record is intact at all new clubs)’.

Arsene with intent
With Mesut Ozil in the news again, the Daily Mirror website is predictably quick to recycle old quotes under the visage of presenting fresh information.

‘Arsene Wenger’s comments shed light on true thoughts on Mikel Arteta’s handling of Mesut Ozil’ is their latest offering. And it is at least based on quotes from last October instead of the usual decade ago.

But Wenger calling Ozil ‘an artist who feels football through all the pores of his skin and his soul’ and ‘needs to be constantly encouraged’ doesn’t ‘shed light’ on nearly as much as the Mirror wishes it did.

League of their own
Credit to them, mind, as they go all in on the idea that 2021 is already sh*t enough to pretend it’s the early 2000s all over again.

Great stuff. Shame no-one asked him about that Rafael Benitez ‘meltdown’ from Jurgen Klopp, but what of that ‘Premier League verdict’?

“It’s not an easy road to get back into challenging for the league. It’s a difficult league these days.”

Groundbreaking. It’s a wonder that didn’t make the back page.

Refusing to get carried (a)
The Manchester Evening News predictably pick up the same quote but their opening paragraph is inadvertently hilarious.

‘Sir Alex Ferguson is refusing to get carried away with Manchester United’s title chances amid their impressive recent run of form.’

Super, thanks for asking
Someone ought to let Ferguson know that ‘Man Utd would win Prem title on points-per-game ahead of Liverpool if Covid ends season’. The Sun have no idea whether the league would actually be decided on that basis in that event but they absolutely do have access to the current table and a calculator if necessary.

A reminder that the exact same ‘supercomputer’ – owned by FootballWebPages – predicted Liverpool to win the title comfortably all of a week ago.

One defeat to Southampton later and the Reds are finishing second to Manchester City, who are conceding just six more goals all season.

Sheffield United, meanwhile, are not scoring again. And our favourite titbit is that Burnley are scoring one more goal in their final 23 games – at home to Leeds in May – and still staying up by three points. Amazing.

Recommended reading of the day
Simon Hattenstone on Colin Bell.