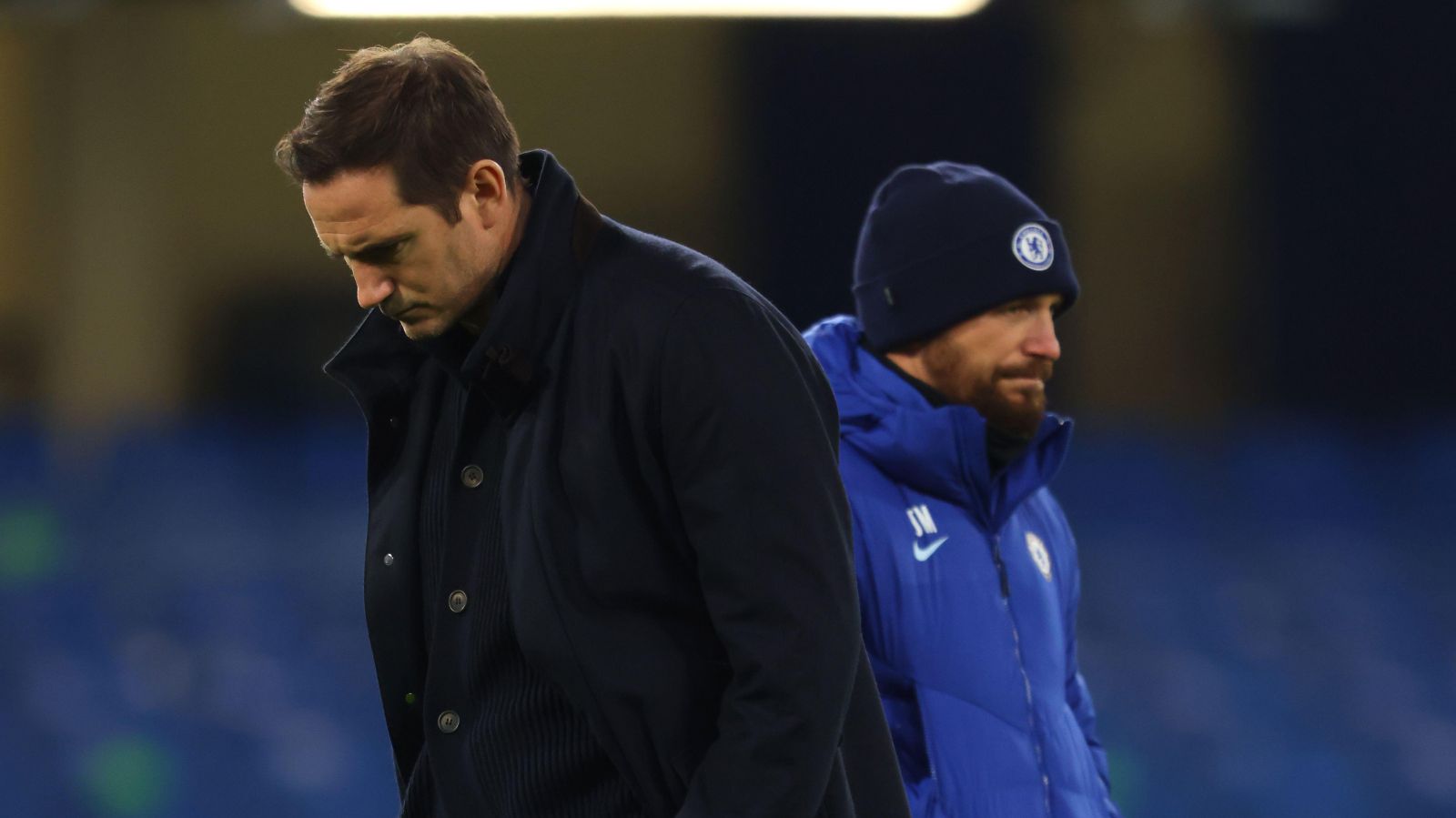 The Pep Guardiola line is repeated because Frank Lampard ‘has too much football knowledge and drive’ to fail. But he was just too good a friend at Everton.

Lamp switch
Question: Has Joe Bernstein been utterly stitched up with this typically meaty MailOnline headline?

‘Frank Lampard may have to dip into the Championship or go abroad to rebuild his reputation after Everton sacking… even Pep Guardiola would have struggled in the Goodison madness, so he shouldn’t be put off the job forever at just 44′?’

Answer: Nope. The man literally writes that ‘even Pep Guardiola would have struggled given the current circumstances at Goodison’.

The Spaniard probably wouldn’t have delivered the Premier League title to that half of Merseyside, no. But it feels like he might have managed a better win percentage than 27.91%. And sold Anthony Gordon for £50m when he had the chance instead of letting people bleat on about a lack of transfer budget.

As for Lampard – for we must forever remain on the subject of his seemingly unjust sacking – ‘having to dip into the Championship’…what an embarrassing, humbling, debasing experience that would be for someone who failed to get a gilded Derby squad out of the second tier the only other time he managed there. What a demeaning thing, to ‘have to dip into the Championship’ because you have proven yourself not yet good enough at a higher level.

‘Frank Lampard didn’t have to be a football manager,’ the article begins, and already Mediawatch has to ask whether ‘the ability’ is missing from the middle of that sentence because otherwise it’s a f**king stupid thing to commit to print.

Poor Frank didn’t even need this coaching lark. He was ‘financially secure’ from his playing days and ‘articulate enough for media and ambassadorial work’ but ‘he chose to get his hands dirty in arguably the hardest jobs in the Premier League’ so back off.

Those ‘hardest jobs in the Premier League’ include being given about £220m to spend in one transfer window at Chelsea, then walking into a club whose problems were glaringly obvious but allow you to be completely absolved of rank failure.

‘Football has been in Lampard’s blood since watching dad Frank Sr play for West Ham player so it’s natural for him to want to carry on.’

Management has not been in Lampard’s blood for long at all and it shows.

‘The big question is which club would take him now and whether he’s ready to go outside the Premier League to resurrect his career.’

Well if he isn’t ‘ready to go outside the Premier League’ then that career won’t be resurrected. Seems pretty simple.

‘He made a good fist of it at Pride Park, reaching the Championship play-offs and showing his potential as a coach by developing young loanees Mason Mount and Fikayo Tomori.

‘Long-term, it might have been better for him to continue to serve his apprenticeship in the East Midlands.’

He took a team which had finished 6th immediately before him to a finish of 6th. And bringing Mason Mount and Fikayo Tomori into his argument is more damning than Bernstein thinks; Lampard undeniably played a part in their development but one won the Champions League two years after leaving Derby (when Lampard was sacked) and the other was a Serie A champion 12 months later. These were brilliant players he was given specifically because of his Chelsea connections yet he still only scraped into the play-offs by a point.

Also, Derby’s financial situation at the time – and Lampard’s apparent need for a budget – would have made staying just as silly a decision.

‘Instead his beloved Chelsea came calling in the summer of 2019 – an offer he couldn’t refuse.’

Again, it’s accidentally damning. The only way Lampard ‘couldn’t refuse’ Chelsea was if he didn’t think the opportunity would come up again. And he was damn right.

‘The popular former England international pledged to learn from his mistakes when he was appointed Everton manager to succeed Rafa Benitez last January.

‘He brought in an experienced older head Paul Clement to work alongside. Jody Morris, his long-time assistant, was not among the staff he took to Goodison Park.

‘Lampard felt their friendship meant he sometimes listened to Morris rather than go on his own instinct.’

The depths that people will go to to not blame Frank Lampard are incredible. The Everton situation was not his fault; he’s just too good a friend and listener.

‘He utilised that passionate support to pull off a great relegation escape by beating Crystal Palace in their penultimate game.’

‘Like Steven Gerrard, Lampard’s personal professionalism and record of success has led to problems dealing with the modern-day player who may not be as talented.’

Guardiola, who we know would have struggled at Everton, was famously absolute sh*te as a player. It helped him turn the more talented Fabian Delph into a title-winning left-back. Remember?

‘Lampard is only 44 and has too much football knowledge and drive for his managerial career to be over.’

It’s a real shame he didn’t use that abundant ‘football knowledge and drive’ to succeed in any three of his managerial posts but sure.

See you again on Thursday for the next explanation of how Frank Lampard is actually mint.

I walk the line
And then to the subject of his possible replacement. Mediawatch respects the hustle of ‘possible starting XI under prospective new manager’ features. They are a necessary, simple and harmless content evil. But this from The Sun website must be the most depressing example of its kind:

Allardyce’s appointment ‘could mean a return to a more traditional 4-4-2 formation’ with Jordan Pickford in goal and Conor Coady and James Tarkowski ‘nailed on’ as the centre-halves. Seamus Coleman and Ben Godfrey should be either side.

The only new signing Dylan Terry foresees Allardyce making with a restricted Everton budget is that of Inter Milan goalkeeper Andre Onana, a rogue option to shake up the midfield in place of wantaway namesake Amadou.

It’s a suitably dispiriting XI for a ‘how Everton could line up under Sam Allardyce’ feature so fair play.

‘There is a feeling at Everton that Allardyce’s experience in guiding relegation-threatened teams to safety would give the club a strong chance of avoiding the drop.’

But West Brom probably have something to say about that. Allardyce has rescued clubs before but when literally his most recent ‘experience’ in trying to do so took West Brom from 19th, two points from safety to 19th, 13 points from safety, it rather undermines that description and reputation and is probably worth challenging instead of mindlessly repeating.

He explained the meaning in an interview with GQ last April. And that is one hell of an ‘amid’.

E-I-E-I-E-I-O
There is disappointingly not too much to challenge Tim Sherwood on with regards to his Daily Mail article claiming a morsel of credit for Harry Kane’s brilliance. But this line is amazingly on-brand:

‘Sometimes it seems like fans want to accept the footballer whose surname ends in ‘i’ or ‘o’ – it’s sexier than someone coming in from the academy.’