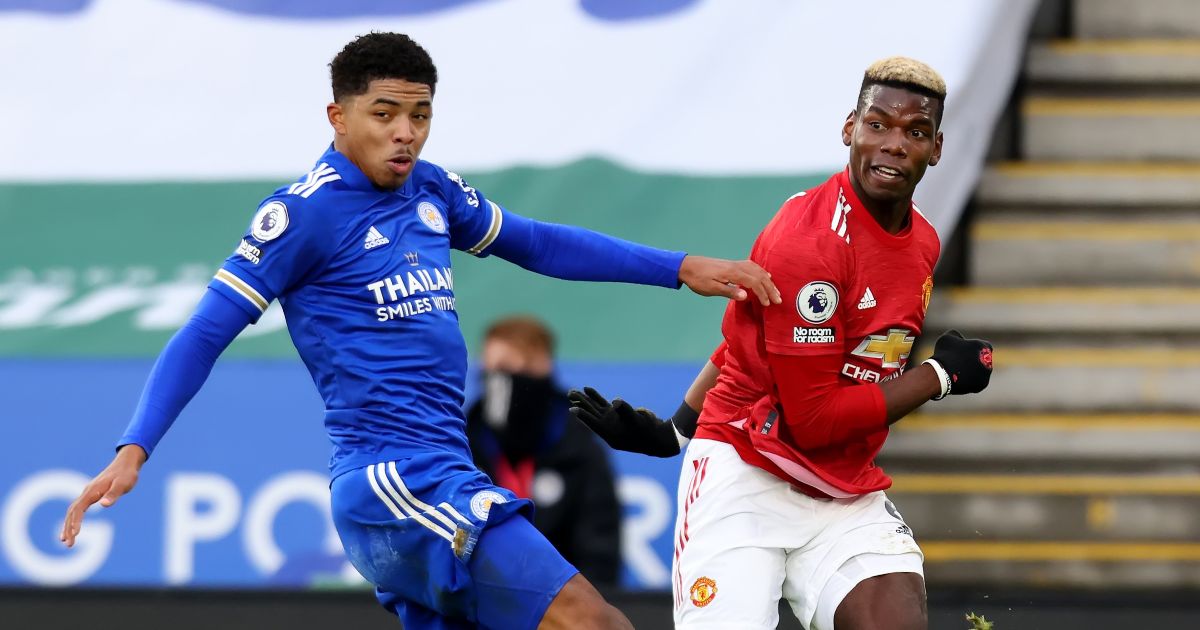 Leicester are petrified of variables that probably won’t happen and were first reported in early February. Paul Pogba adheres to contract law.

‘THE Sun is standing united with English football this weekend in response to the ongoing discriminatory abuse of players on social media.

All of our Twitter accounts including Sport, Football, TV and Showbiz will stop posting from 3pm, Friday 30th April until 11.59pm, Monday 3rd May.’

‘The Sun has consistently taken a stand against this despicable and unacceptable behaviour, no more so than in recent weeks.’

Seriously, good on you. But it is only fair to point out the following does not fall under ‘recent weeks’.

Emery dance
Mediawatch had to double-take when reading Mark Irwin of The Sun referring to Unai Emery as being ‘ruthlessly sacked’ by Arsenal in November 2019.

They were eight points off Champions League qualification, had two wins in 11 Premier League games (against relegated Bournemouth and relegation-battling Aston Villa), were out of the League Cup and had just been beaten at home to Eintracht Frankfurt.

If anything the decision was more delayed than ‘ruthless’.

Taking the Mik
The Villarreal manager also made headlines on the Daily Mirror website:

How unfortunate that there weren’t enough characters to put ‘criticism of Mikel Arteta’ instead of ‘Mikel Arteta criticism’. It is slightly misleading as a result but completely and utterly unavoidable.

Check out this ‘hit back’, by the way. Brutal:

“I’m nobody to question Mikel Arteta’s decision, we had the idea that it would approximately be this line up. They had several injured players, Aubameyang hadn’t played for a while, I think it’s normal. The first XI was more or less what we expected.”

It’s safe to say that there will never be any Mikel Arteta criticism/criticism of Mikel Arteta ever again while Emery is on hand with such vicious rebukes.

Fearful Foxes
The morning after Manchester United and Arsenal played in the Europa League semi-finals, the following was the top headline on the MailOnline until around 11am:

It is strange for a number of reasons:

1) This is common knowledge and was first reported this season by the Daily Mirror website on February 4. Why is it now the biggest news in all of football on April 30?

2) Leicester are four points clear of fourth-placed Chelsea. But for this criteria to be met Chelsea need to win the Champions League (10/3) and finish outside the top four (13/8), with Leicester coming precisely fourth. They are currently seven points clear of injury-stricken West Ham in fifth with a considerably superior goal difference and five matches remaining. Oh, and Arsenal must also overturn a first-leg Europa League deficit and go on to win the Europa League (4/1). It’s not exactly their typical 5,000/1 but it is also really not at all likely.

3) To say Leicester ‘fear’ this outcome that requires an awful lot of variables to go against them, they have done well to focus and win their last two Premier League games to render it almost moot.

4) Why is this such supposedly huge news the morning after Arsenal lost and a few days after Chelsea drew the first legs of their semi-finals?

5) The maximum number of English clubs that can qualify for the Champions League is five. This has been the case for more than a decade and a half. Nothing is particularly ‘complicating’ about that. 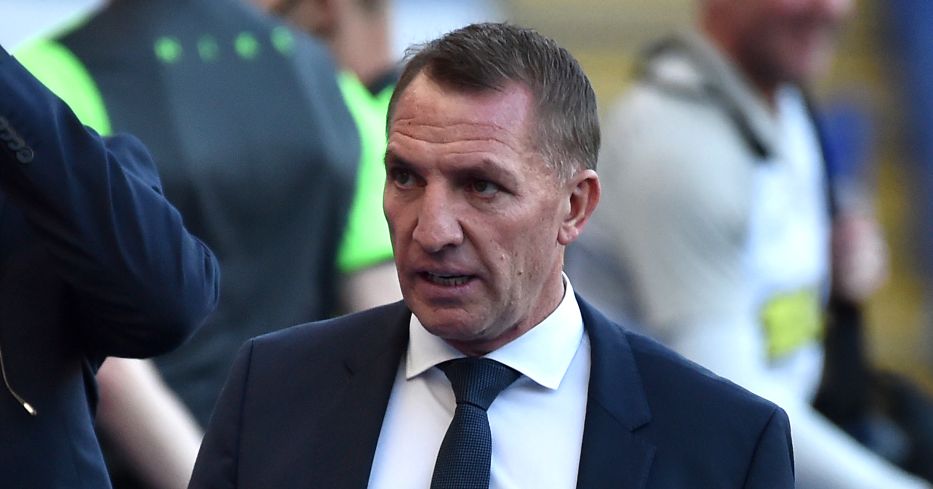 Pog off
The Manchester Evening News, meanwhile, have the inside and exclusive scoop on Paul Pogba:

‘Paul Pogba is relaxed about his future and prepared to stay with Manchester United for at least another year if a summer transfer fails to materialise.’

Footballer will stay with current team to whom he is contracted for another year if no other team signs him. Exclusively.

Tammy dodger
Mediawatch would love to know who Martin Samuel has been talking to about Tammy Abraham recently. They seem to have insisted that £40m for a striker with 26 goals in 88 Premier League games would be an absolute snip, and Samuel is justifiably confused.

‘Tammy Abraham is Chelsea’s top goalscorer with 12 this season. He is up for sale in the summer for £40million. It sounds reasonable,’ he writes in his Daily Mail column. ‘Reasonable’ is not the word many would have gone with but fair enough.

‘Yet five of Abraham’s 12 have come in cup matches against Luton and Barnsley, two more have come against Sheffield United and West Bromwich Albion, who are on their way to the Championship. And Chelsea make a lot of chances.’

Yep. All spot on.

‘Abraham may do a job in the Premier League – but no one should be fooled that he is going cheap.’

Is there literally anyone that has actually been ‘fooled’ into thinking Abraham ‘is going cheap’ at £40m? If you’re constructing a straw man you can’t just throw hay on the floor and point at it.

Canaries down the mine
Samuel also does not like Norwich.

‘There is no little revisionism in the Championship, where the promotions of Norwich and Watford at the first attempt are being advanced as evidence their owners got it ‘right’.’

‘Listen, if the owner gets it right, a team from the Premier League does not end up in the Championship.’

But if they go straight back into the Premier League it still feels like they got it ‘right’.

‘Norwich underinvested and Watford had four managers in one season. No one got it right. Do that again, either of them, and they will be straight back down.’

Possibly. Although Sheffield United spent £57m during a global pandemic and Fulham have kept the same manager throughout the season, yet the former has already been relegated and the latter is likely to join them. Did they get it ‘right’?

This comes as no surprise when you consider that Samuel laid into Norwich last summer for prioritising financial stability and operating like a sensible business even if it resulted in finishing bottom of the Premier League.

He criticised them for not spending the ‘have-a-go money’ of parachute payments and questioned why they should be rewarded for ‘miserably cashing in their free bet’.

They really were fools for not risking their immediate and long-term future by spending £40m on some Liverpool cast-offs. Mind you, Tammy Abraham is going cheap. 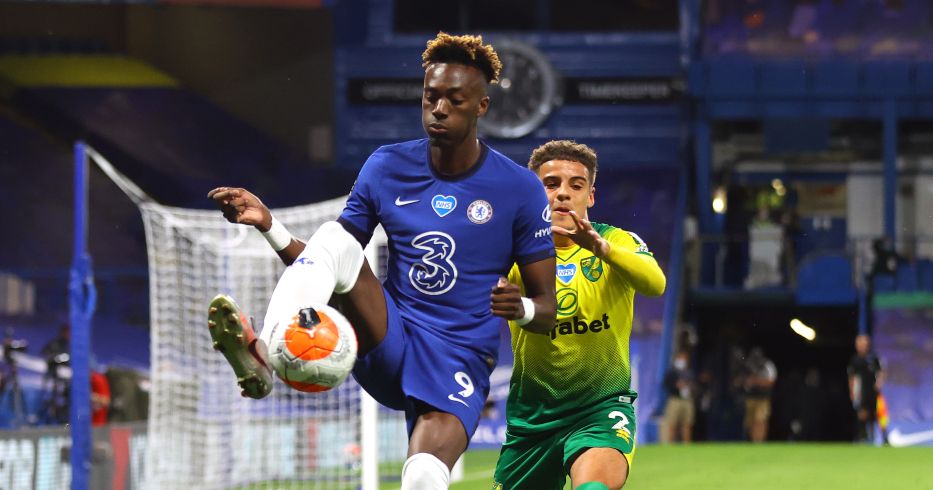 The funniest part of that Samuel column from nine months ago are these three paragraphs:

‘So for Norwich to end up in substantial profit, and relegated, where is the triumph in that? They are better placed for life in the Championship? Says who? Parachute payments offer no guarantees as far as the football goes.’

‘Last season’s relegated clubs are currently fourth, sixth and 20th in the second tier. Those who went down the year before are second, seventh and 17th.’

‘It’s a hard scrabble league – Norwich manager Daniel Farke reckons it is the toughest in Europe. The parachute payments are there to help clubs steer clear of it.’

Well exactly. Perhaps they got it ‘right’ all along then?

We need to talk about Kevin…
And how he thinks Tottenham would have been “a big step up” from Ajax for Erik ten Hag.