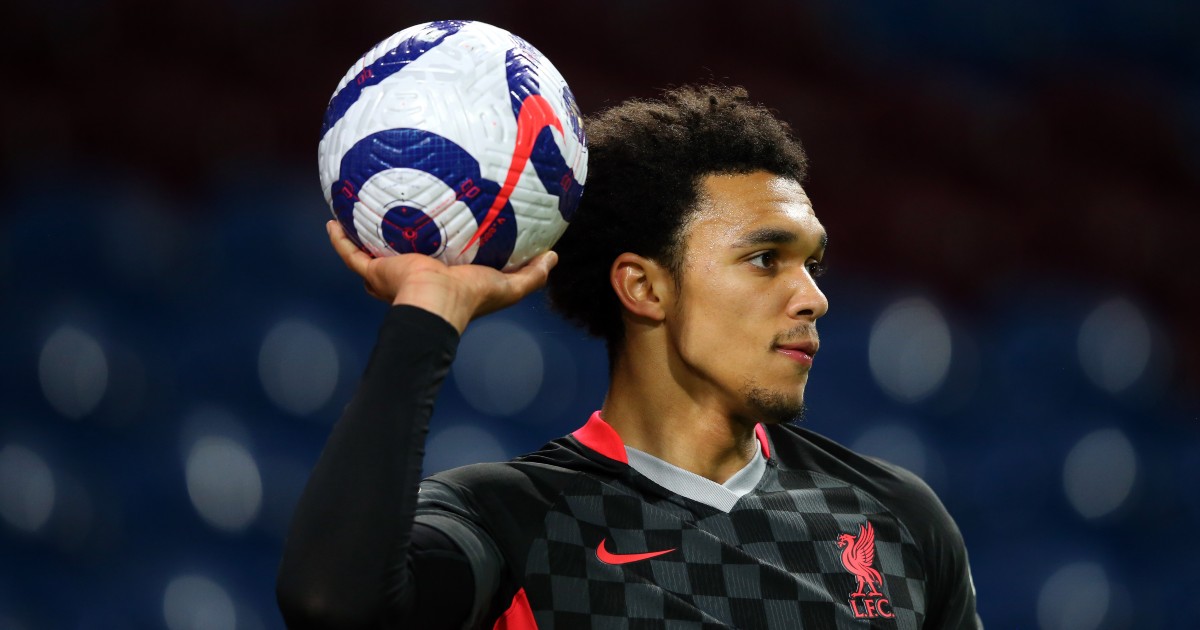 The Liverpool media are furious at the prospect of Trent Alexander-Arnold missing out for England. And Pep Guardiola never gets criticism.

Harrowing headline of this or any other day
‘GARETH GETS HIS CHOPPER OUT’ – Daily Star.

Golden shower
‘Gary Lineker believes England have got a new Golden Generation thanks to the emergence of a wave of fresh talent’ – Daily Mirror.

Gary Lineker never uses the words ‘Golden Generation’ because he isn’t silly. He says England have some very good footballers and “a chance in this tournament,” both of which are patently true without having to needlessly saddle the claim with thoughts of past eras of unfulfilled potential.

Right-back where we started
The Daily Mirror get four different journalists to state the cases for the England squad right-back options. It’s a lovely, simple and effective idea.

Tony Banks fights the corner for Reece James, who he says ‘laid down a marker’ in the Champions League final and ‘is the right fit for England’. Which seems fair enough.

Simon Bird is backing Kieran Trippier, who ‘is on a high Gareth Southgate is likely to want to tap into’ as he brings ‘momentum, experience and seniority’ at this level. Difficult to argue with.

Gideon Brooks wants Kyle Walker at the Euros because of ‘his pace and his experience’, as well as his understanding with Manchester City teammate John Stones. Well put.

The most overt argument any of those three make is Brooks in saying that ‘Southgate cannot afford not to have [Walker] in the squad’.

But then Liverpool-based writer David Maddock comes along and slaps a Trent Alexander-Arnold on the table in a needlessly confrontational manner that is entirely dismissive of the other players involved for no apparent reason because journalists are incapable of nuance and understanding when it comes to the 22-year-old.

He describes the debate around whether he should go or not as ‘ridiculous’. He calls him ‘the best all-round right-back in the world,’ when the other three include players for the current Spanish, English and European champions. He points out that ‘teams set out to stop Alexander-Arnold’ and asks ‘can you imagine them doing the same for Reece James, Kieran Trippier or Kyle Walker?’

That is definitely what you ought to pick your right-backs based on. Not whether they have ever played well for England, whether they fit into the tactical setup or whether their direct competitors are more suited to the style, but whether opponents will base game plans around them or not.

It is just weirdly disparaging of three really quite excellent footballers in an attempt to raise the stock of another really quite excellent footballer when the truth is that only three are likely to go and thus one will miss out. You can say Liverpool defender Alexander-Arnold should be picked without implying that James, Trippier and Walker don’t deserve to even be compared to him. Or does his call-up just mean more? 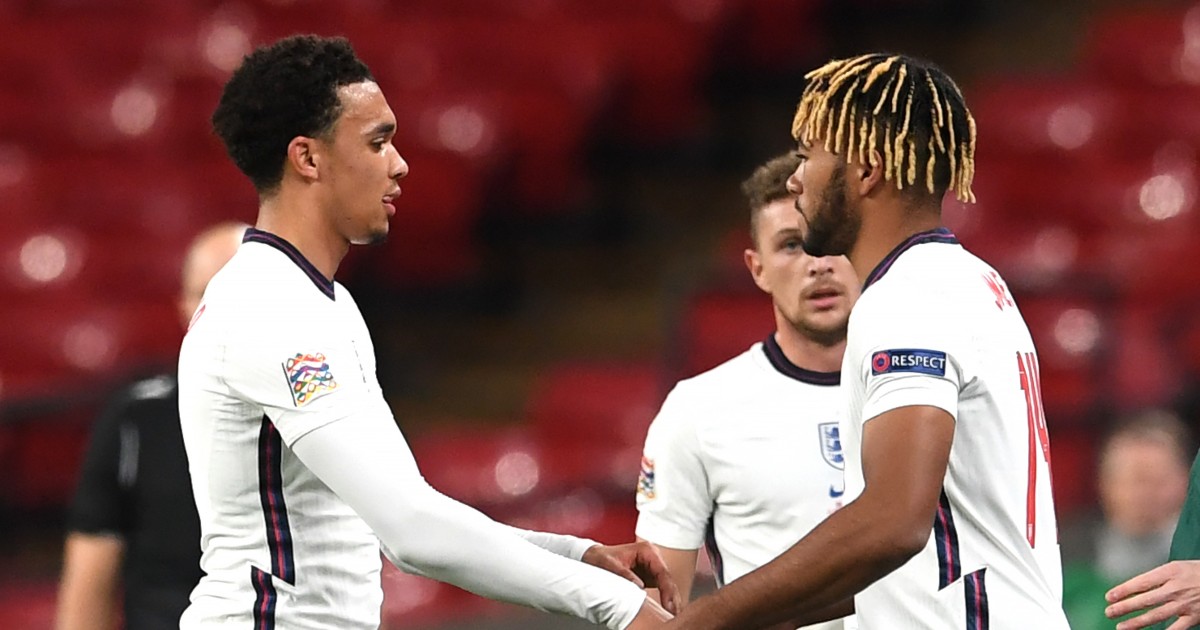 Shot on target
On the back page of The Sun is this doozy from Jordan Davies:

‘Sergio Aguero gave a parting shot to Manchester City – claiming new club Barcelona are a ‘step forward’ and the ‘best in the world.’

How surprising that Sergio Aguero did not refer to his new club as a ‘step backwards’ and the ‘worst club in the world’.

Funnier still is the quote that they neglect to include in the story – of Aguero discussing a recent conversation he had with Pep Guardiola:

“When we won the Premier League we had lunch and I remember he said to me, ‘You are going to the best club in the world’.”

So Pep Guardiola gave a parting shot to Manchester City.

Pep talk
On that subject, the man who always speaks his mind is happy to renew the most one-sided feud in football history. Which is to say that one side of it doesn’t know he’s in the feud.

‘After Saturday’s Champions League final defeat, I do hope we can now draw the line at Pep Guardiola being a very good coach and rule out the idea he’s a great,’ is a strong start from Stan Collymore in the Daily Mirror.

‘Truly great managers win the European Cup at times of great adversity, with small squads and without having had the luxury of handpicking jobs at clubs where there are bottomless pits of cash.’

That seems a strangely specific and reductive set of criteria but do go on.

‘An all-time great would have won the Champions League three or four times in an [sic] almost a decade with Bayern Munich and Manchester City.’

But also doesn’t ‘an all-time great’ have to win the European Cup ‘at times of great adversity, with small squads and without having had the luxury of handpicking jobs at clubs where there are bottomless pits of cash’? Is there a difference between ‘truly great’ and ‘all-time great’ managers? Is Mediawatch taking this nonsense too seriously?

‘And they’d have won the tournament without Lionel Messi in their team, a player who himself has to be regarded as an all-time great on the field.’

Guardiola left Barcelona nine seasons ago. Messi has won the Champions League once since. Perhaps he isn’t the guarantee of success you think he is and it requires more than ‘a very good coach’ to make it work.

‘Look, don’t get me wrong, I have the utmost respect for any football professional who works hard and Guardiola is very much in that.

‘But I just wish his fan boys in the media and among supporters would hold him accountable for his failings, which none of them seem to do.’

That would be Josep Guardiola Sala, a manager held more accountable for his failings than possibly any other. Yet Collymore is insistent that ‘nobody ever seems to criticise him’ when he loses.

This claim is seemingly based on his own Twitter timeline – ‘I’ve had people tweeting me to say, ‘It’s a cup competition, he has just been unlucky’ – instead of the actual reality of numerous writers questioning his Champions League final tactics.

Maybe read one of those instead of the latest tweet from @GuardiolaTheory. 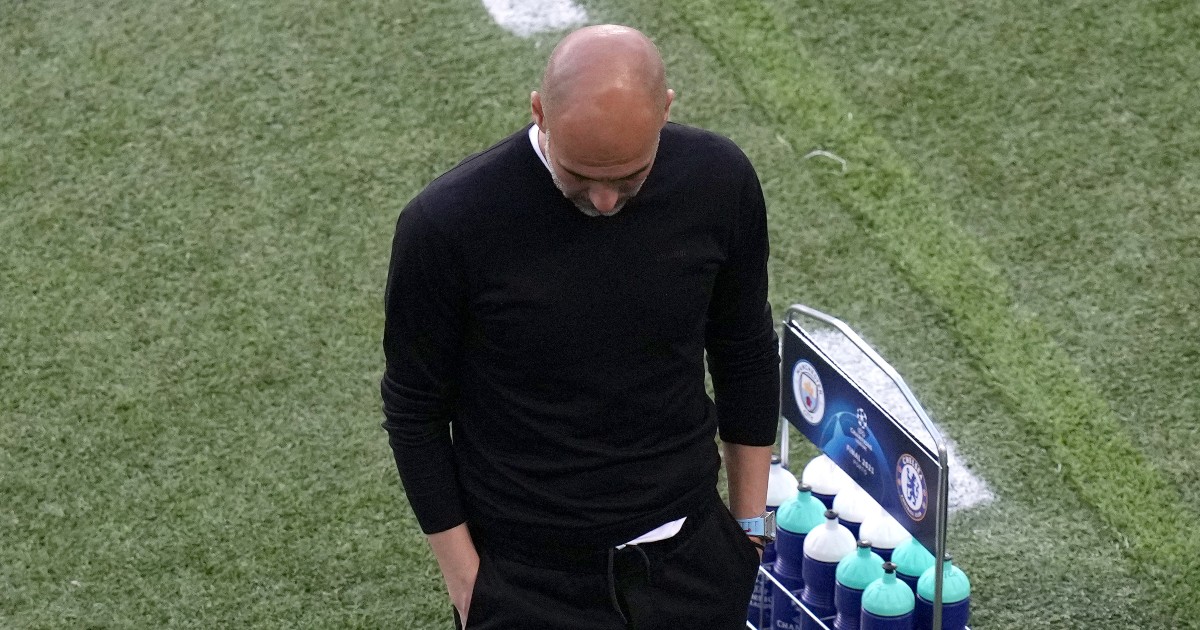 ‘But it’s a very fair question to ask why he hasn’t yet won the big-eared trophy in eight years with Bayern and City, two clubs very much set up to win it.’

It absolutely is a very fair question and one many have asked for plenty of years. But there is a difference between doing that and pretending that Guardiola’s post-Barcelona record in Europe ‘is so far from greatness that it’s actually average’. The man has just reached a final. That is quite good.

Except Collymore grades that as a 1/10. Guardiola could hardly have done worse, despite being one game away from winning the entire thing and overseeing a record run of victories in a single season in the tournament.

The best bit is that Collymore undermines his own argument entirely:

‘No-one would say Sir Alex Ferguson was defined on domestic cup wins and, likewise, Guardiola should be judged on league championships and Champions League victories.’

‘Which leads to the common-sense conclusion that Guardiola will get you close in the Champions League but there are no guarantees he will get you into the higher echelons of greatness as Bob Paisley, Brian Clough and Ferguson did.’