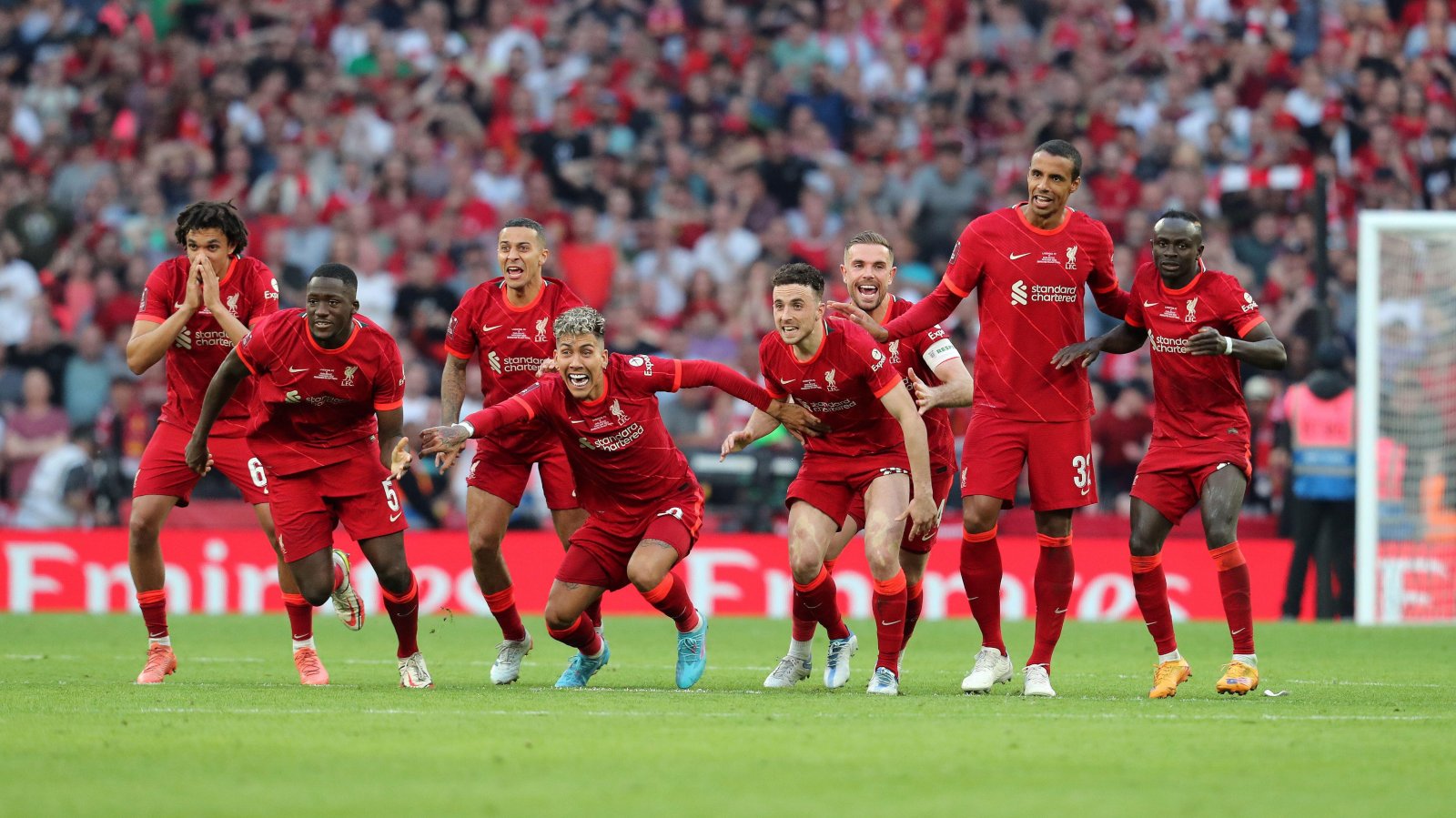 Arsenal are in the Champions League driving seat now Everton are safe. And Wolves have an ‘incentive’ to chuck it in against Liverpool.

Dom jolly
‘Dominic Calvert-Lewin hands Arsenal top four boost as Everton secure safety,’ reads one prominent headline on the Daily Mirror website. Get your stretches in now, because this is quite the reach.

‘Dominic Calvert-Lewin handed Arsenal a major top-four boost by securing Everton’s Premier League status with a dramatic last-gasp winner on Thursday night – leaving the Toffees with nothing to play for ahead of Sunday’s season finale at the Emirates.’

And Arsenal have famously thrived against teams ‘with nothing to play for’ recently. Which is why four of their five defeats since the start of April have come against Crystal Palace, Brighton, Southampton and Newcastle. European chasers and relegation battlers, each of them.

This ‘top four boost’ is also slightly undermined when you remember that Tottenham still have to lose to actual bottom club Norwich for Arsenal to have a chance of overtaking them. Then again…

In blurring the middle finger, the Daily Mirror have somehow made it look much worse. pic.twitter.com/K7XNRzQOQO

A reminder, were it ever needed, that blurring a middle finger is always both hilarious and futile.

Dancing with Wolves
The interminable wait for the final day of the season guarantees plenty of inane bluster to fill the void. The Daily Mail get that ball rolling with this exclusive offering from Matt Hughes:

‘Wolves will receive a multi-million pound bonus payment from Liverpool as part of the Diogo Jota transfer if they win the Premier League this weekend, raising concerns over the integrity of their potentially decisive meeting at Anfield.’

‘Concerns’ from whom? That’s a pretty serious suggestion to make without actually attaching them to anyone – not even an anonymous source or a vague, unnamed Manchester City official.

‘Jurgen Klopp’s side will win the title if they beat Wolves and Manchester City fail to win at home to Aston Villa, and may draw some confidence from the fact that the visiting club have a financial incentive to underperform.’

Again, you can’t really just bandy these phrases around – ‘raising concerns over integrity’ and ‘a financial incentive to underperform’ – when you are literally the only person implying it could be a controversial and decisive factor. Who else is expressing these fears to make them newsworthy with such an inflammatory headline?

Also, Mediawatch sincerely doubts Willy Boly is going to start chucking them in and Pedro Neto is about to start missing open nets on purpose, just so Wolves get an extra few million quid. They didn’t negotiate the sale of Jota. They won’t get any money if Liverpool win the league.

And then there’s this line:

‘Wolves will gain an extra £2.2m in prize money if they secure their current position of eight in the table however, which may require them to match Leicester’s and Brighton’s results at home to Southampton and West Ham respectively, so they also have an incentive to try to beat Liverpool.’

Right. So where does that leave this ‘incentive’ to lose and the definitely real ‘concerns over integrity’ which absolutely exist?

The Steven Gerrard title subplot is painful enough. Wolves players might not appreciate being dragged into the drama by having their professionalism publicly and ludicrously questioned.

The forward ‘has made just 55 appearances for the Reds – only 21 of those being starts,’ you see. ‘That is a bafflingly low count for a player of such talent.’

‘Faced with severe competition from the likes of Mo Salah and Sadio Mane, it is certainly understandable that Minamino has failed to forge himself a regular starting role.’

From ‘bafflingly low’ to an ‘understandable’ lack of opportunities in record time.

Fourteen paragraphs. Six-hundred-and-twenty-eight words. Messi is mentioned literally once – in the penultimate paragraph. Stick him in the headline to show Mane that the grass is not always greener.

You can find me in one club, bottle full of bub
Writes Mark Irwin in The Sun:

‘IT MIGHT not have been what he wanted, but Harry Kane is still one of their own.

‘And in the week that football paid tribute to one-club legend Mark Noble at West Ham, it is becoming increasingly likely that Kane could become the last of that dying breed.’

Leaving aside the technicality of Kane’s 65 games for four other clubs, has Irwin buried the lede here? Does he have a shocking exclusive on Trent Alexander-Arnold and Phil Foden’s futures?

‘The new Manchester United boss needs convincing that the misfiring 24-year-old forward should be part of his plans next season’ – Neil Custis, The Sun exclusive, May 20.

‘Struggling Rashford, 24, is being assured he will get a chance to perform under Ten Hag next season – and that will boost his England World Cup hopes’ – Richard Moriarty, The Sun exclusive, May 1.

Rashford has not played a single match in between ‘being assured he will get a chance to perform under Ten Hag next season’ and Ten Hag needing ‘convincing that the misfiring 24-year-old forward should be part of his plans next season’. His training sessions must have been dreadful.

Complements to the chef

Rashford has been linked with a move away from Manchester United and Ten Hag wants a striker to compliment Ronaldo. #MUFC https://t.co/P2Jv87MocX

Ronaldo does seem vain but signing a player specifically to praise him for 90 minutes is a bit much.