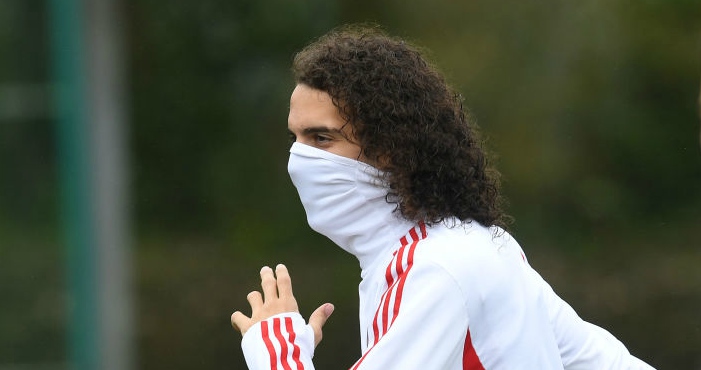 Price of admission
So after ignoring coronavirus in the first nine pages of Wednesday’s newspaper (see Mediawatch), The Sun have reacted to its pandemic status by promoting the story to its front page – to give credit to chancellor Rishi Sunak (‘bug spender’) for ‘splurging £30billion to protect Brits from the coronavirus crisis while rebuilding the country’. What a man. Though quite why we need £30billion to ward against ‘the worst holiday disruption since World War Two’ is unclear.

Anyway, we are more interested in the back pages and we learn that ‘MANCHESTER UNITED will back any plans to cancel the rest of the season because of coronavirus’ because Ole Gunnar Solskjaer ‘admits’ that he ‘would understand’ if it were cancelled.

Come back to us when a Premier League manager says ‘f*** the health of fans and footballers, we just want to play f***ing football’. Then you will have a back page.

The day TODAY
On The Sun website we learn that ‘English football could be moved behind closed doors TODAY with fans able to live stream matches due to coronavirus’.

There is no English football ‘TODAY’ but it doesn’t half sound dramatic, coming as it does JUST HOURS after The Sun newspaper told us that this weekend’s fixtures would almost definitely go ahead as planned.

A likely story
The claims in The Times that English football could go behind closed doors with immediate effect (TODAY) have been understandably repeated across the football media. But some are taking a little bit of licence with the reports to claim those sweet, sweet clicks.

Headline on the Daily Express website: ‘All Premier League games to be played behind closed doors due to coronavirus fears.’

Standfirst on the Daily Express website: ‘ALL Premier League games to be played behind closed doors due to coronavirus fears.’

It takes until the second paragraph to reach a ‘set to’ and the third paragraph for an ‘expected to’ and a ‘likely’, which becomes ‘now seems likely’ by the fifth. The sixth? ‘According to The Times.’ Of course.

Refusing the first
Elsewhere in the sweet spot of coronavirus/football news, The Sun website brings us this sexy headline:

Excellent work in making it sound like Ronaldo is refusing to return to Italy because he is in some kind of funk rather than the actual fact that he is following instructions to self-isolate having come into contact with an infected person.

Panic on the streets of London…
In the Daily Mirror newspaper, John Cross writes a thorough breakdown of the situation at Arsenal, who had their Wednesday night clash with Manchester City cancelled.

He allays fears that Arsenal are at the epicentre of any kind of outbreak by writing that the club ‘are confident that up to eight staff and players will get the all-clear after their coronavirus scare’. Nobody has shown any symptoms and the 14-day self-isolation period ends tonight. All very sensible. All very measured.

The story is of course illustrated by the image you see at the top of the page of Matteo Guendouzi, who the caption describes as ‘with a mask as he trains this week’.

Well, a mask or a jumper. We’ll go ‘jumper’. Because it’s a jumper. And our own Getty Images account shows more pictures of Guendouzi wearing the same jumper without it being pulled up over his face.

Pump it up
We need to talk about Michael Owen. This is what he said about Liverpool on BT Sport when the Reds had lost by two clear goals over two legs.

“There’s no question whatsoever that every single big team around Europe has just breathed a huge sigh of relief, Liverpool are out, and I’ve got no doubts that they are the best team in Europe at the moment.

“Yes, they’ve been beaten over two legs but they are still the best team in Europe and they were absolutely outstanding for 90 minutes.”

But they failed to produce a single shot on target in 90 minutes in Madrid, Michael. Surely the “best team in Europe” would have done a little better over 210 minutes and perhaps scored more than once at Anfield when they were “absolutely outstanding” for 43% of the tie.

Even after a sleep, Owen was still adamant:

Please spare me all this inevitable Simeone masterclass nonsense. There’s nothing genius about putting 11 top class footballers behind the ball. Liverpool absolutely pumped them throughout.

‘Pumped them throughout’ – apart from the 90 minutes in Madrid when they could not muster a shot on target and extra-time at Anfield which they contrived to lose 3-1.

‘Jurgen Klopp had a plan to systematically take Atletico Madrid apart, and his players carried out to near-perfection right up until Roberto Firmino made it 2-0 in the 94th minute to end his season-long Anfield goal drought and put Liverpool in the box seat of the tie.’

Hmmm. We’re pretty sure that scoring just once in 90 minutes from 20 shots is nobody’s idea of carrying out a plan to ‘near-perfection’.

‘Had the game ended at that very moment, it would have gone down as a masterclass in how to grind one of the most stubborn defensive sides into submission.’

Indeed. Blame UEFA for bizarrely refusing to stop games just as Liverpool are in front.

PR of the day
‘DANIEL JAMES is set for a huge Manchester United wage hike this summer after a superb first season’ – The Sun.

Pesky fact: This ‘superb’ season has seen no Premier League goals since August and no assists since December.