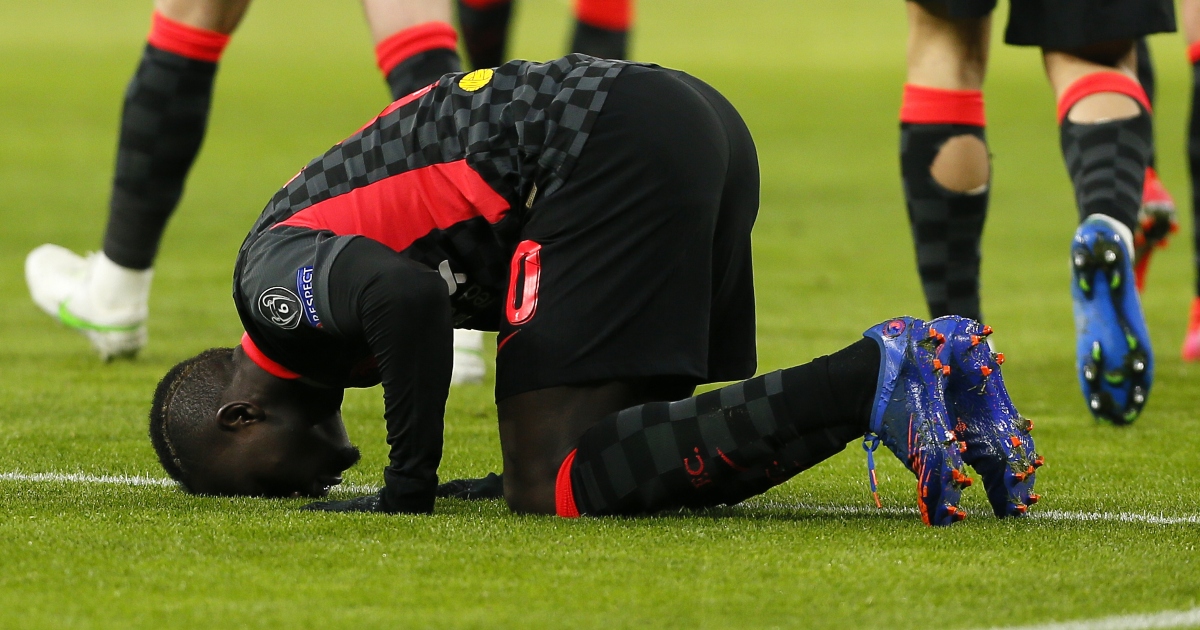 Liverpool won an important Champions League game but the main story for the Reds was Kylian Mbappe and those very specific ‘omens’.

In for the Kyl
What to do when by far the biggest development from Tuesday evening’s Champions League games was neither linked to the Premier League nor a transfer story?

Perfect. The word ‘Liverpool’ is mentioned literally once, and the ‘declaration on PSG future’ made by Mbappe is literally that “it would be stupid to decide my future on a single match”.

Not as stupid as it would be to crowbar Liverpool and Real Madrid into a story about a PSG striker scoring a hat-trick against Barcelona and then telling the media he is “happy” at his current club.

Blind update
The Liverpool Echo go down a similarly predictable route. They cover one club and mined those Mbappe clicks long ago. But at lunchtime of the day after the Reds win the first leg of a Champions League knockout game, should this really be the headline atop their website?

You won a game! A quite important one! Never bloody mind the ‘Kylian Mbappe update’ of him… still not joining.

Real them in
The thing is that Liverpool were really good against Leipzig on Tuesday, reducing the need to make everything else about them, too. They were very professional. Ruthless. David Maddock of the Daily Mirror was undeniably impressed.

‘Salah inspired a remarkable Champions League victory, with a devastating performance that reduced the Leipzig defence to a shivering, ruined wreck.’

Leipzig had 12 shots to Liverpool’s ten yet Maddock’s only mention of the German side’s attacking is that Alisson made ‘a fine save’. From whom is not made clear, nor when.

He writes 581 words without ever referring to Dani Olmo hitting the post, Christopher Nkunku almost scoring at the start of the second half and Hwang Hee-chan coming awfully close to making it 2-1 at the end. All in the name of pretending that ‘suddenly, they looked like the real Liverpool again’ when it was much better than the last couple of months but so very far from ‘the real Liverpool’ of old.

The omen
He adds:

‘There were hints of triumphs past too, not least in the deadly impact of their forward line. On the last two occasions they have met German opposition at this stage, they went on to lift the trophy. And those are omens to cling to, with this quality up front.’

Why is everyone else even competing this year? Don’t they know what happens when Liverpool play German teams in the last 16 of the Champions League? Never mind that it has literally only happened twice before because that is a very particular set of circumstances that excludes them losing to Bayer Leverkusen in the quarter-finals in 2002, or beating Augsburg and Dortmund in the last 32 and quarter-finals of the Europa League in 2016 before losing in the final.

Mbappe is good and everything but Mediawatch isn’t sure even he can cope with such powerful and incredibly specific ‘omens’ like that.

Cherry go round
Martin Samuel of the Daily Mail at least recalls the Olmo, Nkunku and Hwang chances for Leipzig in his match report. But he is rather disparaging otherwise of last season’s semi-finalists, who are suddenly ‘lacking the care required to progress at this stage in the tournament’.

He writes that there ‘are considerably better teams left in the competition,’ while ‘if Jurgen Klopp could have cherry-picked an opponent, it may well have been this one’.

They are second in the Bundesliga, beat PSG in November and held Bayern Munich to a 3-3 draw at the Allianz Arena in December. They’re quite good. Two costly mistakes in an otherwise close game doesn’t make them rubbish.

Klopp was able to note “how dominant they can be football-wise, how overwhelming they can be in a game from a physical point of view” after the match. It doesn’t sound like an opponent he would have ‘cherry-picked’.

Echo chamber
But back to the Liverpool Echo, for they have the biggest scoop of all from Budapest.

Strap yourselves in, folks. You are genuinely never going to believe this…

‘The relief was tangible on the touchline from Klopp as he celebrated with a trademark fist pump.’

Low rez
After Monday and Tuesday’s breaking news, here is Wednesday’s third instalment of the enthralling saga that is gripping the football world. But mostly The Sun’s website:

At least they aren’t pretending it’s the biggest story of the day. It’s second behind the revelation that Kylian Mbappe is better at 22 than Lionel Messi and Cristiano Ronaldo were.

Christian belief
But the most credit of all goes to the Daily Star for pretending that Chelsea are about to sell one of their many thousand forwards.

‘Thomas Tuchel’s comments hint at one of Chelsea’s big-name attackers being sold,’ reads the headline to a story in which the only Tuchel quote is that “it was a tight decision” not to start Christian Pulisic against Newcastle.

“He deserves to start, he deserves to come in,” he added. And from that we are meant to glean that ‘he may need to offload at least one’ of Pulisic of Hakim Ziyech in the summer. It really is the only solution.