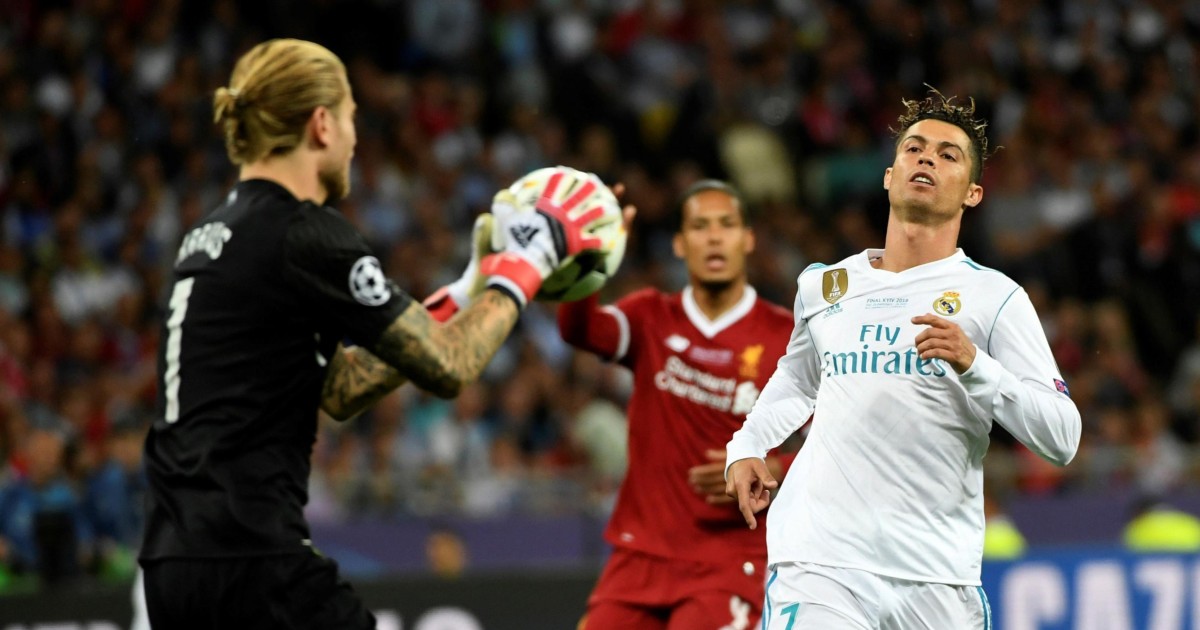 Liverpool are doomed without Loris Karius and Jake Cain. Cristiano Ronaldo was a Champions League-winning signing but now his legs will tire.

Greal deal
The international break is upon us, which means column inches need to be filled on England. And the Daily Mirror‘s Andy Dunn falls back on a reliable summer trope: Jack Grealish.

‘”We have some players who have got us to a semi-final and a final, and who’ve proved themselves in the biggest games on the biggest stage,” he says.

‘Well, we know who they are, trusted lieutenants such as Harry Kane, Raheem Sterling, Kyle Walker, to name but a few.’

Now he absolutely did help get England to a semi-final and final but when did Harry Kane ‘prove himself in the biggest games on the biggest stage’? He has lost the four finals he has played in throughout his career without scoring or assisting a single goal.

“‘And we’ve got lots of guys with good reputations who haven’t, as yet, necessarily won things and who still have a lot to prove.”

‘Who could possibly be amongst those?

‘It might be a mistake but I am probably not the only one thinking Jack Grealish.’

The man with as many trophies as Mr. Big Stage Harry Kane? Hmm. Maybe Gareth Southgate shouldn’t leave it up to us to name names anymore.

The definition of ‘oversight’ is ‘an unintentional failure to notice or do something’. Not ‘letting Sheyi Ojo, Jake Cain and Luis Longstaff go out on loan and so only being able to register seven homegrown players over the age of 21’.

Still, it’s fun to join the pile-on of Liverpool’s disappointing transfer window. This will definitely hold them back in terms of a Premier League title challenge, just like the way naming a 23-man squad harmed their domestic hopes so much in 2019/20.

Red Loris, yellow Loris
The dreadful Liverpool squad news does not end there, as the Liverpool Echo add yet more fuel to the raging fire.

Oh balls. Will Jurgen Klopp have to exclude Roberto Firmino? Is Thiago Alcantara about to be omitted? Or Virgil van Dijk?

After 13 paragraphs of in-depth explanation as to UEFA rules and regulations, an answer is finally provided:

‘From the 25 players a club is allowed to name on ‘List A’, at least two have to be goalkeepers. However, after Loris Karius failed to find a new club during the summer, Klopp currently has four shot-stoppers at his disposal.

‘As a result, the German goalkeeper is the likely man to miss out considering he is behind Alisson, Adrian and Caoimhin Kelleher in the pecking order, has no future at the club, is out of contract next summer and hasn’t played competitively for the Reds since the 2018 Champions League final.’

It’s worse than Mediawatch first feared. Liverpool might as well give up this season if they can’t register 24 players for the Premier League or Loris Karius for the Champions League.

Caved man
Manchester City want Erling Haaland and Martin Blackburn of The Sun points out that might affect Harry Kane:

‘And reports in Germany suggest Pep Guardiola’s English champs are in pole position for his signature – which could spell bad news for Harry Kane.

‘City were desperate to sign the Three Lions captain in the last window but Tottenham chairman Daniel Levy would not budge.’

The same Daniel Levy who ‘caved’ and ‘agreed to let him join an English rival’? What a coincidence.

How do you like it? How do you like it?
”I’m not closing the count just yet!’: Cristiano Ronaldo insists there are MORE goals to come after he breaks Ali Daei’s international scoring record with late match-winning double for Portugal against Republic of Ireland’ – Mail Online.

Ah, the old ‘When the opposite would be a bigger story, it isn’t particularly notable’ adage. Come back when Cristiano Ronaldo ever insists there are NO MORE goals to come.

Trevor say Trevor
“He is a killing machine. He just gets in the office and gets business done. He’s so clinical. So there’s a lot of reasons why any Man City fan should be excited about this because this is exactly what we’ve been looking for: a No. 9 who does the job of a No. 9 and Ronaldo still does that job great. I followed him in the Euros with Portugal and he still had it. His urgency to get into the box, his movement when he’s in the box and how clinical he was. It works, for me. It works for Manchester City. This could go a long way in helping them get over the line with that [winning the Champions League]. It’s that kind of signing. You think about big-game players, he’s probably in the top five players in the world at the moment that you would mention. He is that instrumental and he has won that many trophies. Out of all the No. 9s available, if he does become available, even though it’s going to cost a few quid not so much on transfer fee but wages, I think it’s worth taking’ – Trevor Sinclair to talkSPORT, August 27.

‘Ronaldo will get the start but when his legs start tiring, because the intensity is unbelievable in the Premier League, when his legs start tiring then Edinson Cavani will get a chance. They will dovetail throughout the season. Manchester United play 60 games. He won’t be able to play every game and be top-drawer for every game” – Trevor Sinclair to talkSPORT, September 1.

All-time low
Where better to finish than with Ronaldo and the Daily Mirror website?

He sure doesn’t. Just 76 goals to catch up with Christine Sinclair now.