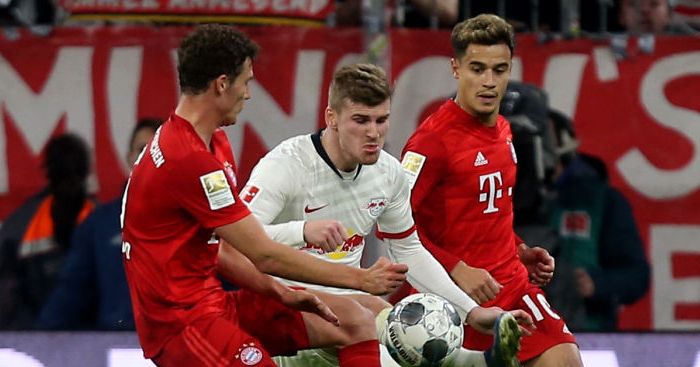 Stance nation
Behind Liverpool fan and Olympic gold medallist Sam Quek’s insistence that the Premier League season must be voided, the following was the second most-read story on the Daily Mirror website on Monday morning. And it’s not difficult to see why:

The man responsible is Jake Polden, the only key worker in online journalism, who believes ‘things have changed’ with Coutinho and his former club.

You see, agent Kia Joorabchian said last summer that “it would be very difficult for Philippe to play for any of Liverpool’s rivals”. And anything either an agent or Kia Joorabchian specifically has to say must be taken at face value and accepted as the gospel truth. So now Chelsea, Tottenham, Newcastle and Everton are interested in Coutinho, his ‘transfer stance’ has clearly changed.

Polden scans past the pertinent point – that ‘Coutinho is no longer in a position to pick and choose’ so will inevitably decide between whichever clubs want him because he won’t sacrifice his entire career for some vague affinity to a former employer – to plough straight into controversy central: if he joins any other Premier League club, his ‘love affair with Liverpool will be truly dead and buried’.

Either that or the public utterings of Kia Joorabchian are completely meaningless, the suggestion that Coutinho would not play for another Premier League side was obvious lip service, his circumstances have altered considerably since last year and playing for Newcastle will have no material effect on his relationship with Liverpool.

Can a ‘love affair’ really be ‘truly dead and buried’ when one party has already moved on to considerably better things and has little more than fond memories of the other?

It just so happens that Ralf Ragnick has indeed said that Timo Werner “would rather fit a club like Liverpool, which is similar to our style of play, but I would prefer him to stay here”. So they have at least been mentioned. Have a gold star.

But one line in particular stands out: the suggestion that Jurgen Klopp ‘is believed to be targeting attacking reinforcements in the transfer window’.

It must have been a different Daily Mirror that reported on May 1 how ‘champions-elect Liverpool now look virtually certain to do no transfer spending this summer’. Or perhaps their news desk just has the collective memory of a goldfish?

Less than a fortnight ago, we were told that ‘the Reds know there is NO way they can take on huge financial commitments in the transfer market for the next 12 months,’ thus they will go into next season ‘with the same squad’ as they can hardly sign Werner for £50m. But what does Northern football correspondent David Maddock’s presumably well-sourced exclusive matter when there is transfer speculation to manufacture and precious clicks to be had?

We need to talk about Kevin
To complete the Merseyside hat-trick, one must venture to the Liverpool Echo to be greeted with this:

Why is everyone still obsessed with a player who left Liverpool more than two years ago?

And how magnanimous to describe perhaps the best current Premier League player, one certainly in the top three or so, as ‘good’.

But of course Liverpool have come up with something ‘even better’. They are brilliant and this means more, after all.

The premise of them having ‘not exactly struggled without’ a creative midfielder since Coutinho left is sound. And the ‘unexpected solution’ of channelling their attacking output through the full-backs has been an undoubted success. It’s just the crowbarring in of De Bruyne that jars a little.

And it truly is crowbarring; he is mentioned twice in the entire story. And Mediawatch doesn’t doubt that anyone associated with Liverpool would rather keep Trent Alexander-Arnold and Andy Robertson, but to say they are ‘even better’ creatively than De Bruyne is weird. And wrong. The Belgian has eight goals and 16 assists this league season. Alexander-Arnold and Robertson have three and 19 between them.

To be Frank
‘Lampard follows Napoli star Mertens on Instagram in massive transfer hint’ – The Sun.

Unless Chelsea are about to sign Samir Nasri, Gonzalo Higuain, Harry Winks, Stacey Solomon and Jimmy Carr as well, Frank Lampard pressing a button on Instagram is probably not foreshadowing a summer transfer.

Admit defeat
‘Virgil van Dijk has gone from restaurant worker to Champions League winner – and he admits it is a journey he is “very proud of”‘ – Daily Mirror.

Just how did they get that out of him? Waterboarding? Thumbscrews? Five minutes locked in a room with Andy Robertson?

It was from Saturday, but…
‘Barcelona told to agree Liverpool transfer for Roberto Firmino and ditch Argentina forward’ – Liverpool Echo.

The ‘Argentina forward’? Lautaro Martinez. Sometimes you just have to admire and applaud.

Raised by Wolves
‘Oh boy, did Raul Jimenez and his girlfriend get it wrong when it came to revealing the sex of the baby they are expecting!

‘The Wolves striker and Mexican soap star actress Daniela Basso announced in March their baby, due in July, was a boy at a Molineux presentation in front of family and friends.

‘Mexican hotshot Jimenez, 29, and Daniele even struck shots at a target to release coloured smoke and ‘confirmation’ the child was male.

‘But yesterday they did an about-turn and confirmed it was a little HER and not a HIM-enez’ – The Sun.

1) Why have you followed a question with an exclamation mark!