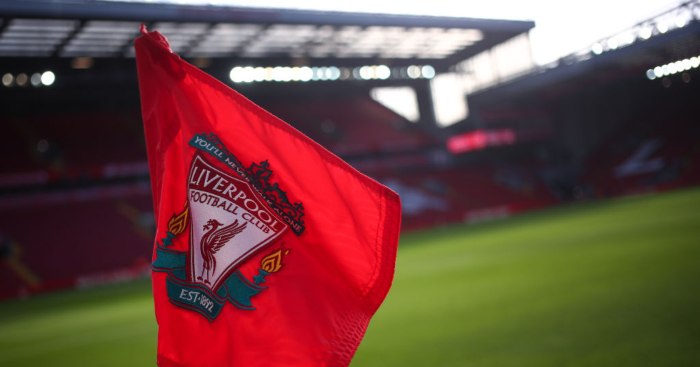 Red spectacles
Thinking that even Liverpool propagandists Liverpool.com could not make Manchester City’s victory in Madrid about Liverpool?

Rubbish, stunning Manchester City
Odd that the Daily Mirror‘s David McDonnell wrote on the back page that Manchester City produced a ‘stunning display’ to seal a ‘famous victory’ when his own player ratings on the inside pages saw City players actually score lower than the vanquished Real side.

Kevin de Bruyne with his goal, assist and more chances created than anybody else on the pitch? 7/10 of course.

But full marks to McDonnell for this sentence on Bernardo Silva (6): ‘Often played as a false nine, you just wonder if they’d tried a real nine.’

Baffle prize
Both Mirror men in Madrid were flummoxed by Pep Guardiola’s tactics, with John Cross writing in his match report:

‘This was arguably Guardiola’s greatest European night as City manager, even though his team selection seemed baffling.

‘Guardiola is often too clever for his own good and that looked to be the case as Raheem Sterling and top scorer Sergio Aguero were left on the bench while Jesus was stuck out wide and Bernardo Silva played as a false No. 9.

‘Even City’s players looked confused and the first half was more a game of chess than football with chances few and far between.’

Yes, it was definitely the players who were confused. We think they probably spotted that Kevin de Bruyne was playing in the same role he adopted in the Carabao Cup last month. And certainly the average player positions show the Belgian as the most advanced.

‘With a 4-2-4-0 formation – last used when City beat Manchester United 3-1 at Old Trafford in the Carabao Cup semi-final in early January – featuring the side’s recognised No.9, Gabriel Jesus, playing from the left side, City left their hosts somewhat flummoxed throughout the first period.

‘Guardiola, having studied hours of tape during City’s recent extended winter break – had deduced that the best way to pull apart Madrid was down either flank; attacking at pace, round either side, rather than through the centre.

‘He explained post-game his belief that wide attacks were where Madrid were most vulnerable, hence his selection choices, which also saw De Bruyne and Bernardo Silva drifting wide from their dual No.10 positions to create overloads.

‘City trained relentlessly on Monday and Tuesday on the new shape.’

It turns out that the team selection was only ‘baffling’ if you had done no research.

Ask a simple question
Martin Samuel, Daily Mail: ‘No Sterling, no Sergio Aguero but, most incredibly of all, no Fernandinho in the starting line-up. This was a City team set up to do a specific job, obviously, but why those three did not fit Guardiola’s grand plan, who knows?’

Hart attack
Not for Joe Hart, the notion that this was a Pep Guardiola masterclass. The man coincidentally rejected by the Manchester City manager told BT Sport:

“I think a conventional Manchester City line up beats that team by more goals, they were too strong when they stepped up in those stages.

“But with Aguero and Sterling they could do more damage.”

And this despite the Press Association copy they use making literally no mention of Manchester United, no mention of possible transfers and the fact – in the second paragraph – that the ‘HUGE’ £42m profit is actually ‘well below the record £125m profit for the year ending May 2018’.

Still, at least they didn’t do a Goal and write that ‘crucially, though, the club has been able to increase its profits while significantly reducing the debt on its books’.

Crucially, no they didn’t.

Kane and able
Join Mediawatch in being astonished at The Sun‘s back-page exclusive that Harry Kane will be back from injury earlier than expected. We had taken Jose Mourinho at his absolute word when he said Kane would be out for the season; we saw no reason to doubt him.

‘HARRY KANE is targeting a return in early April which would be a huge boost for Tottenham and England.

‘Spurs boss Jose Mourinho feared the striker might not play again this season.’

We would be a little more impressed with this miraculous recovery from Kane if Sun scribe Paul Jiggins had not written this himself just three weeks ago:

‘The Spurs boss had feared his striker might be KO’d this term which would have made the Three Lions skipper a huge doubt for this summer’s finals.’

Higher love
Knowing the tabloid love of a big number, Mediawatch is puzzled by The Sun‘s exclusive/guess that Chelsea will ship out eight (sorry, EIGHT) players this summer, when they could have easily reached the magic ten (TEN) by remembering that Olivier Giroud and Michy Batshuayi exist.

Tony Banks remembers them in the Daily Mirror and does reach the point where ‘as many as 10 players could be heading out of the door’. Though he does miss a trick by not banging on his CAPS LOCK.

Somebody at The Sun actually got paid to write this sentence:

‘Their household certainly won’t be short of toilet paper any time soon, with the pair having purchased a mammoth 24 pack of Andrex loo roll.’

Well it’s cheaper than buying copies of a certain newspaper.

(Because he has already promised it to Pablo Fornals but who gives a shit about that because you had already clicked).