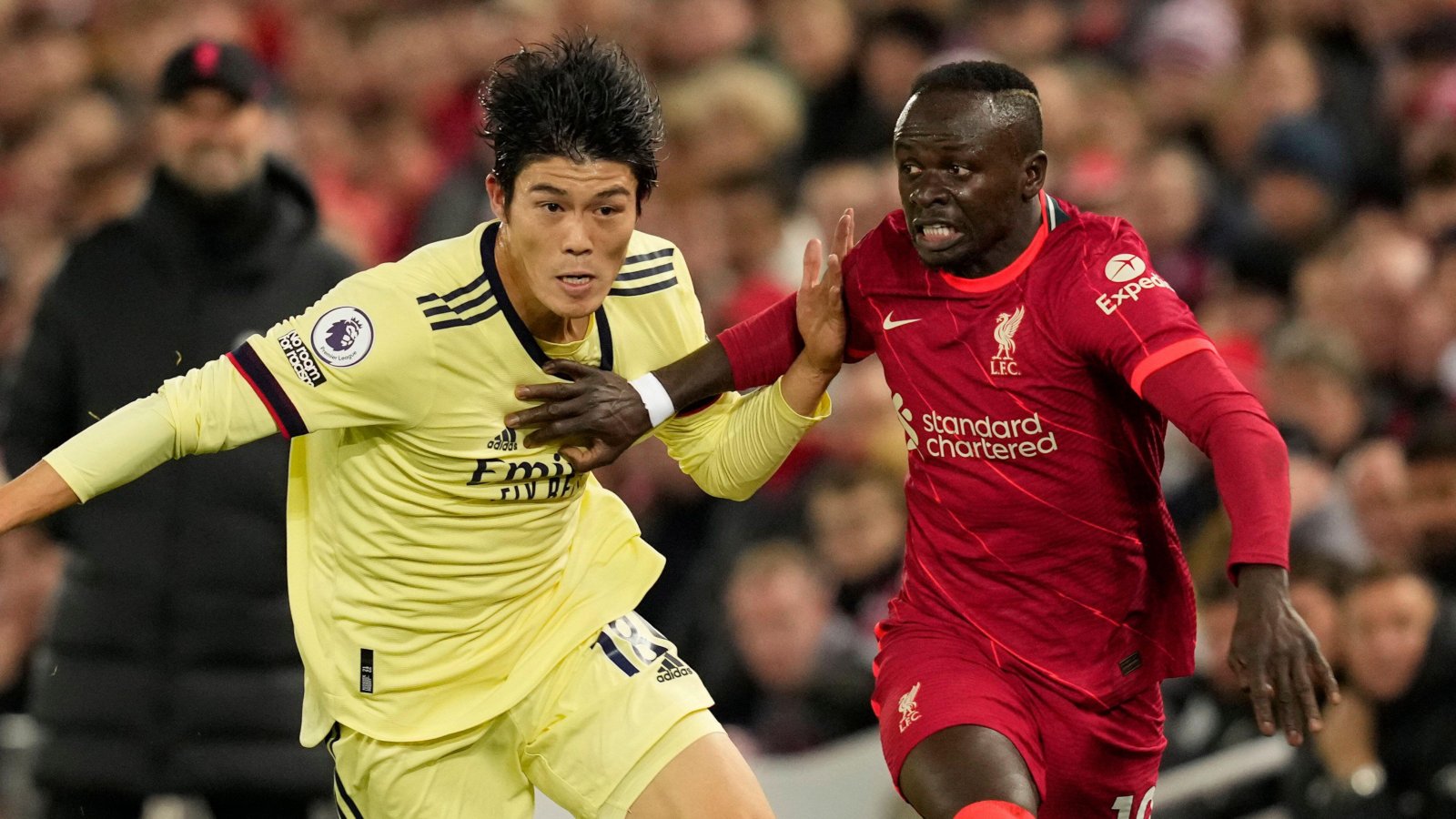 Arsenal are warned that missing out on the Champions League will stop them making good signings. Just like Liverpool and their ‘miracle’ workers.

Into the Woods
The biggest story in all of football the morning after Liverpool ensured the Premier League title race would go into its final matchday, and on the eve of Rangers playing in a major European final?

‘COME AT THE QUEEN, YOU BEST NOT MISS! Laura Woods destroys Spurs fan with brutal comeback after digs about Arsenal ‘collapse’ and ‘bias’ claim”

Of course Laura Woods dominates half the image, with shots of dejected Arsenal players and an unhappy Mikel Arteta making up the rest. It’s a mystery why.

Where’re you from, you sexy thing?
A little further down the page, their self-described ‘expert writers’ are ‘split on whether Liverpool get miracle’ title.

Scary spice
The Liverpool Echo are understandably enjoying themselves. So much so that they managed to grab some banal quotes from Ralph Hasenhuttl and turn them into their second biggest story of Wednesday.

“We took a lot of risks with the ball today, it sometimes looked a little bit scary to be honest.”

That looks like a ‘scary’ Southampton admission more than anything else. But what about the Firmino and Minamino claim?

“We concede the first goal when we are all behind the ball, in the box and cannot stop Taki scoring. They played it quite well, I must say. You can see in these moments that especially Firmino is very strong in these areas and Taki made a good deep run.”

Firmino is a pretty good centre-forward and professional footballer Minamino “made a good deep run”. More as we get it.

Like we did last summer
Mediawatch is entertained by the idea that outlets are still running the idea of a Premier League title play-off with a presumably straight face:

‘Liverpool vs Man City to be settled by play off… if these results happen’ – The Sun website.

You’re f**king right, it would be a ‘twist’ if Manchester City lose 6-0 at home to Aston Villa and Liverpool draw 5-5 against Wolves at Anfield.

Naked attraction
The other theme in football journalism on Wednesday morning is that Arsenal are screwed and Mikel Arteta is rubbish again.

In the Daily Mail, Sami Mokbel fears that ‘attracting the level of player Arteta and sporting director Edu want this summer will be compromised by the failure to qualify for the Champions League’.

He adds: ‘The best players want to play in the best competitions; as a result Arsenal may find themselves going deeper into the their list of targets than they would have liked.’

That would be Arsenal, who built a starting XI ‘blessed enough to compete for a top-four place’, a ‘young team’ which has ‘taken steps in the right direction this season’ and who have ‘impressed’ and made ‘progress’ – all on the back of a summer in which they had no Champions League football to offer their targets.

It’s a tired cliche parroted by Mark Irwin of The Sun, who writes:

‘Missing out on the Champions League will leave Arsenal with a hefty £50million hole in their summer budget – which is sure to make them less competitive next season.

‘It will also hinder their chances of signing the calibre of player needed to make them title challengers again.’

Steady, fella. Mediawatch would confidently suggest that a title challenge is not at the forefront of any Arsenal mind. But also, remember when Liverpool finished eighth in 2016 and had to make do with signings like Sadio Mane, Joel Matip and Georginio Wijnaldum? Missing out on the Champions League really did stop them bringing in that ‘calibre of player’.

There are many examples of elite signings made by sides outside of the European Cup. Arsenal will be fine attracting good players.

Ask a simple question
But elsewhere in the Daily Mail, Martin Samuel reckons that history could repeat itself. ‘Might Newcastle be the latest club to test Arsenal’s hunger for the fight?’ he asks, citing the previous cases of Chelsea under Roman Abramovich and Sheikh Mansour’s Manchester City.

‘Newcastle are genuine rivals now,’ he writes. ‘They have the money, they can pay the wages, and this is a project with a clear long-term goal.

‘Arsenal? They have the best group of young players in the country, but will Arteta be given the money to back them?’

Will the biggest spenders in all of Europe last summer give the manager, with whom they have just agreed a new three-year contract earlier this month, enough backing in the transfer market? Probably.

Mesut and tie
Mark Irwin completes the set in The Sun, by pretending that there are ‘many fans’ at Arsenal ‘who fear they will be lumbered with their boss – as they once were with Mesut Ozil and Pierre-Emerick Aubameyang.’

None of those definitely real supporters are quoted or cited. Not even an embedded tweet with one like. But at least Irwin and his newspaper got another shot at two of their old targets, one of whom last played for Arsenal in March 2020. Mission accomplished.

But Wyett leaves it until the eighth paragraph to clarify that Ten Hag’s ‘official agent is SEG’s Kees Vos’ with Pere’s actual input in the appointment completely unknown. He just works for the company who represents Ten Hag. So Ten Hag completed his Man Utd deal with help from Pep Guardiola’s agent brother. Yep. Definitely.