Home Mediawatch The truth behind preposterous fourth-place panic at Liverpool 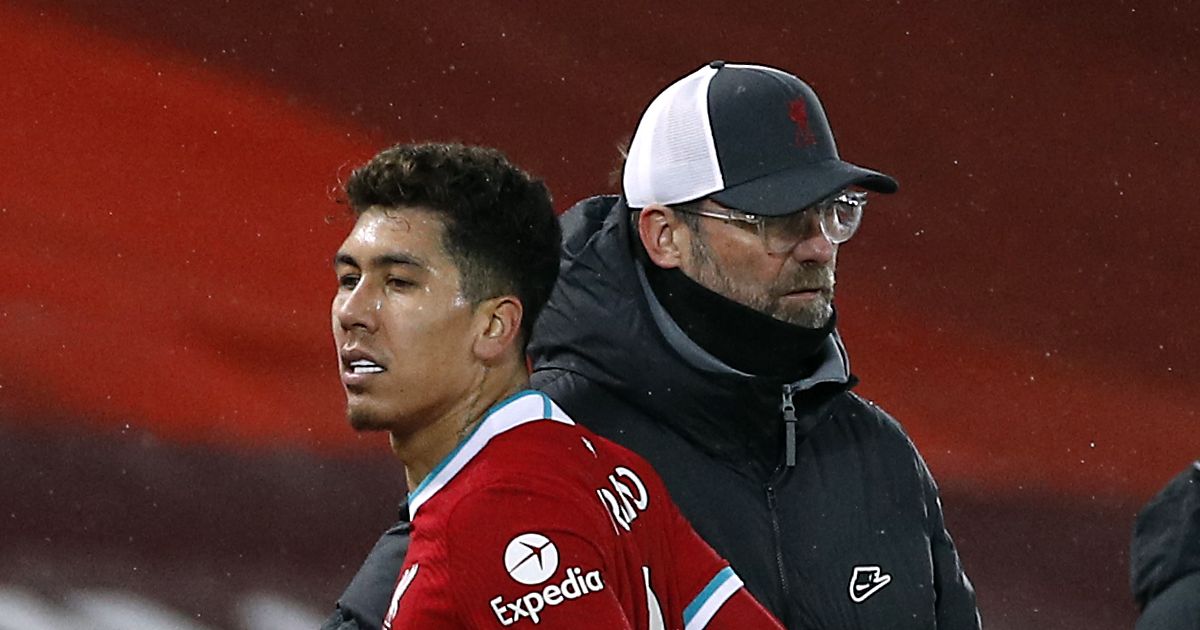 Liverpool could finish fourth and still not qualify for the Champions League (if a set of circumstances that have never unfolded take place)!

Golden Tuch
Chelsea were ninth in the Premier League table, level on points with Aston Villa and Southampton sides who boasted games in hand on them, when they sacked Frank Lampard. One draw, two wins and three clean sheets later, the Blues are sixth and four points behind Liverpool in fourth.

Fourth, of course, is precisely where John Cross predicted Chelsea to finish in pre-season, before declaring that sacking the manager that had led them to ninth after spending well over £200m was ‘painful’ and ‘the most brutal’ firing yet.

But there is a new man in town. Thomas Tuchel has given Chelsea ‘a real confidence’, ‘a new belief and energy’ and ‘his methods are clearly working’.

As Cross notes in the first paragraph of his Daily Mirror report on the win over Tottenham: ‘Thomas Tuchel proved Jose Mourinho right.’ Yes, and Roman Abramovich at the minute. But he is also currently proving a media that mourned the justified sacking of a coach that was doing comparatively worse wrong. Tuchel already has more points in games against fellow Big Six teams than Lampard this season.

Chelsea smile
It was The Times‘ Henry Winter who accused Abramovich of being ‘the man who shot Bambi’, of course. And then he, after Tuchel started with a goalless draw against Wolves having had just one training session with his new players, who wrote that the German had tried to initiate a quick throw-in as he was ‘maybe fearing that the clock is already ticking at Stamford Bridge’.

That was exactly a week ago, when ‘the culling of the kids’ was under way. Yet now Tuchel is the ‘engaging’, ‘positive’ coach ‘brimming with good ideas’ and playing ‘on the front foot’, his side featuring four starters and two of three substitutes aged 24 or under.

Chelsea, by his final paragraph, ‘continue to rise up under Tuchel’. Struggling to recall that scene in Bambi if we’re honest. But who could possibly have foreseen someone with more than a decade of senior coaching experience, a Champions League finalist, no less, being quite good?

‘Naturally, when Tottenham lose, attention turns to Mourinho and his style of play, certainly when Chelsea look so energised by Tuchel. And, undoubtedly, it is true that without their outlet through Kane, Tottenham can be a very uninspiring team. Yet, deserved or not, one goal celebrated [sic] these sides. And the fact remains it was a goal over which Mourinho had pretty much no control.’

That is one (incredibly generous) way of looking at things, yes. One might suggest Mourinho had some control over whether he picked Dier or not, as well as plenty of control over how the other 89 minutes unfolded. But yes, the incident that ‘celebrated these sides’ was a penalty that the manager did not concede.

‘For while there are some things for which the manager can be blamed: that Tottenham were not positive enough until late; that they allowed Chelsea to dominate play; that they have failed to come up with an adequate battle-plan to cover for the absence of Kane; that Vinicius is no alternate. All of this can be laid at the manager’s door, if so inclined.

‘Yet Dier trying to tackle Werner repeatedly having already gone to ground in the penalty area, and that it didn’t end well? One imagines Mourinho does not teach this type of defensive strategy in training.’

Fair enough. But what he does do is leave his teams purposely hostage to this sort of fortune. Even if we apportion no blame towards him for the penalty, is it not the manager’s fault that it was so decisive? The fact he was ‘not positive enough until late’, let the visitors ‘dominate play’ and could not devise an alternative tactic to cover for the loss of his best player who has been missing for two and a half games now?

Mourinho ‘had pretty much no control’ over that one tackle. He had all of the control a manager could possibly want in terms of not letting that single moment decide the course of the entire game.

Go fourth and falter
In the aftermath of a damaging defeat to Brighton, the Liverpool Echo republished the following story on Thursday afternoon:

‘Liverpool finishing fourth may not be enough for Champions League qualification’

The article was originally posted on Tuesday but has been cleverly recycled to capitalise on another panic-inducing result, on the eve of facing dominant Premier League leaders Manchester City at the weekend, no less.

Chelsea getting past Atletico Madrid is unlikely, never mind them winning the whole competition; they are current ninth favourites to lift the Champions League. Tottenham and Arsenal are at least Europa League frontrunners but AC Milan, Napoli, Ajax and Bayer Leverkusen might want a word about that, never mind Manchester United and Leicester.

Liverpool could certainly win the Champions League. But they are the Premier League’s current fourth-placed team. It is difficult to emphasise just how unlikely it is that Manchester City, Liverpool or Chelsea win the Champions League AND Leicester, Manchester United, Tottenham or Arsenal win the Europa League, AND that both tournament winners also finish outside the top three simultaneously.

So yes, Liverpool – or indeed anyone – finishing fourth may not be enough for Champions League qualification. It’s just that it requires a particular set of circumstances that have literally never happened, and that also this was fairly common knowledge long before the campaign started and thus not really ‘news’ in February.

When one leads, others must follow
‘Premier League’s fourth-placed team could miss out on Champions League spot’ – The Sun website.

That ‘loophole’, by the way, is literally just a well-established UEFA rule. Which is not the same thing.

For ‘fury’ read: a couple of people on Twitter. But well done for unnecessarily mentioning the wages of a footballer who paid a fixed fine that can’t be adjusted based on earnings.

Question: Does it matter?

Answer: No. But also Manchester City are not conceding a single goal in their final 17 games, drawing 0-0 to Liverpool on Sunday and winning their last 16. Burnley, meanwhile, are staying up by 11 points despite scoring only two more goals.