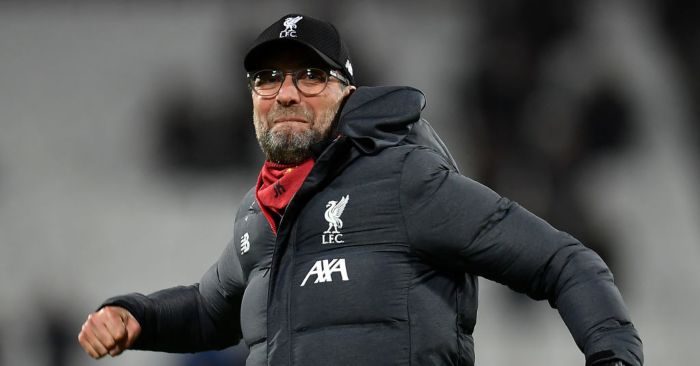 Because they were around for Preston’s 1888/89 season to bestow upon Liverpool an honour they won’t want.

Green with envy
‘It is the beginning of the end for Paul Pogba at Manchester United after latest collision with Jose Mourinho’ – Neil Custis, The Sun, September 25, 2018.

‘Paul Pogba has been given the green light to leave Manchester United’ – Neil Custis, The Sun, February 7, 2020.

Well it was on amber for about 17 months.

This is the greatest? No…
Since replacing Neil Ashton as The Sun‘s regular Friday columnist, Mark Irwin has been working tirelessly to come up with takes hot enough to fill in for ‘the inside track on football’s big stories’.

And so to his latest offering: that Liverpool are ‘the greatest team in English football history’. Like, ever. The man was around for Preston’s 1888/89 season and was left underwhelmed.

It is purely subjective, of course. Liverpool are set to break all sorts of points and win records but it is impossible to quantify that against Manchester United’s 1998/99 side, Jose Mourinho’s first Chelsea team or, indeed, any of the country’s dominant clubs before the Premier League was established.

What if Liverpool win the league at a canter but are knocked out of the Champions League by Atletico Madrid in the last 16 and lose to Chelsea in the next round of the FA Cup? What if they claim the Premier League title but lose a couple of games between now and May?

Would Liverpool still be the best ever if they don’t beat City’s 100-point mark or match Arsenal’s Invincibles? There are 13 games left of the bloody season.

Irwin is not wrong that Liverpool are ‘making mincemeat of the opposition’ and ‘sailing on the tide of history’ with their ‘domination’ likely to continue ‘way into the foreseeable future’. Although the same was said about Manchester City literally two years ago.

But Mediawatch does have to point out that Irwin literally wrote that ‘the champions elect have been handed the title on a plate by their absent rivals’ on January 23.

‘What a pity that achievement will come with a little asterisk to signify the complete absence of domestic opposition,’ he said then.

‘We are now watching the greatest team in English football history’* does not quite have the same ring to it.

Gold digger
The Daily Mirror is not the only outlet to cover David Gold’s recent comments to the national media. But it has done perhaps the weakest job of scrutinising them.

The first problem John Cross encounters comes as early as the second paragraph:

‘Furious Hammers fans have staged protests, shouted abuse and even worn T-shirts calling for Gold, Sullivan and Karren Brady to leave their club.’

Protests? Fair enough. Shouting abuse? No problem. But wearing T-shirts? The unadulterated horror of it all.

Then Gold gets into the swing of things.

And for most of your entire life – 53 of your 83 years – they have been in the top flight. Just because they were a bit sh*t when you were growing up doesn’t mean they have to be now.

“At least it’s in the Premier League now.”

West Ham have literally been a Premier League club for more seasons than all but eight clubs; more than Manchester bloody City. What do you mean ‘now’?

Mediawatch will leave Gold’s suggestion that “I’ve not received a penny in salary or expenses from West Ham in 10 years” because, well…

David Gold says he and David Sullivan do not take anything out of West Ham in terms of salary. They did, however, receive a combined £2.9m in interest on their loans to the club in August 2019. Plus another £1m paid to GGI International, a company related to Gold #whufc

But it is these sorts of uncontested claims from those who receive the interviews and the access which has become far too commonplace. We are not even a week removed from Sky Sports issuing a grovelling apology for football writers expressing football opinions, and reading a statement from the club’s owners verbatim by way of atonement.

When journalism does not contextualise or challenge the words of those in power to hold them to account, is it not just PR?

Messi business
After Thursday’s vague suggestion that Manchester City would want a really good player if he becomes available, Friday offers more insight from The Sun on that supposed Lionel Messi interest.

There is a dedicated two-page spread to the story, with Martin Blackburn’s opinion piece given centre stage.

In it, he speaks of the ‘quiet confidence’ City would have of being in ‘pole position’ to sign Messi if he leaves Barcelona.

Mediawatch has a ‘quiet confidence’ that City are one of about three teams who could afford his wages and signing-on fee, so yeah.

The rest of the article can be summed up as follows:

Pep Guardiola managed Messi that one time.
City have ‘a strong Catalan influence’ with Ferran Soriano and Txixi Begiristain in high-powered roles.
Messi and Sergio Aguero quite like one another.
Messi is as good as City are rich.

And there is a single mention of Jurgen Klopp, in reference to Guardiola in the eighth paragraph:

‘He will want the Premier League crown back from Jurgen Klopp as well.’

One of the sub-headlines to this piece? ‘Superstar chase sounds Klopp alert’.

For a newspaper that does not circulate on Merseyside, they are awfully obsessed.

Admit everything, deny nothing
Writes Martin Blackburn elsewhere in The Sun:

‘Days after admitting he will be a “failure” if he cannot bring Europe’s biggest prize to the Etihad the City boss now says it is not the be-all and end-all.’

Probably because he didn’t ‘admit’ anything; he acknowledged that he “will be judged, if we don’t win it in my final period here, that I will be a failure here”. Which is very different.

Red hot chili Kepa
Sami Mokbel and Daniel Matthews have an exclusive in the Daily Mail:

‘Chelsea fear they will take a huge financial hit if record signing Kepa Arrizabalaga has a prolonged spell on the bench.

‘Frank Lampard made the bold call to drop the £71million man for last Saturday’s 2-2 draw at Leicester and is ready to ask for a new No1 goalkeeper this summer if Arrizabalaga fails to convince him he can become the club’s long-term first-choice.

‘But the uncertainty surrounding the Spain goalkeeper’s future is causing significant agitation in the Blues boardroom, with concerns that the value of one of their biggest assets will plummet if he is sidelined.’

Tangfastic
‘Tottenham rookie defender Japhet Tanganga is set to be rewarded with an astonishing pay rise from £1,000 to £15,000 a week…topped up by incentives to nearer £20,000 a week’ – Sami Mokbel and Kieran Gill, Daily Mail.

Recommended reading of the day
Simeon Gholam on the Championship promotion race.

Vithushan Ehantharajah on what it’s like to be sacked as a manager.