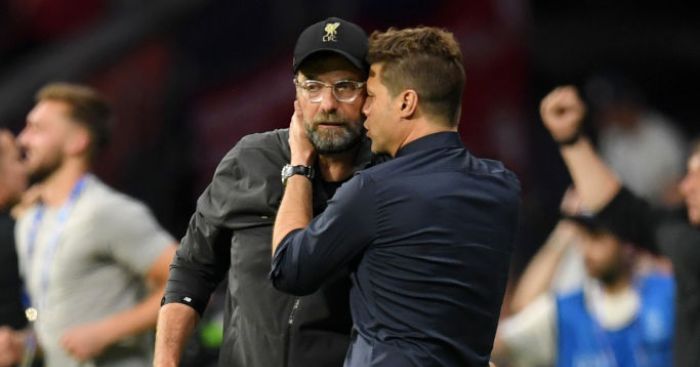 Fear factor
Mediawatch is not suggesting that the Daily Mirror‘s ‘CORONAVIRUS FEAR FOR KOP’ story is a case of quite literal scaremongering. Not at all.

But what is crammed into the top-left corner of their back page is continued a full ten pages into the actual newspaper, buried with the rugby coverage.

So not only are Liverpool NEVER going to win the Treble, but they FEAR no-one will be there to witness their “slight failure” of just the one Premier League title. Just cancel the bloody season now.

Mirror, Mirror
Except that FEAR is not actually attributed to anyone or anything in particular. John Cross and Alex Spink team up to tell us that ‘Liverpool could be crowned champions in an empty stadium’, but the only quotes are from Everton chief finance officer Sasha Ryazantsev. And neither he nor they would FEAR the prospect of Liverpool winning the league in a game without fans. Liverpool themselves are probably not that bothered; their first Premier League trophy is quite the consolation.

Our favourite bit of this story? It is a total of 156 words. That’s 78 each for every back-page byline. Impressive.

Fighting crisis
But only a fool would really write about Liverpool on Friday. There is much more scope in dissecting the situation at Tottenham.

Neil McLeman is first up. There is obviously no room for his opinion piece on the Daily Mirror‘s back page, but they afford him a double-page spread inside.

He uses it to suggest that ‘bans for Dele Alli and Eric Dier would highlight how it has taken only nine months to go from the Champions League final with Mauricio Pochettino, to a club in crisis under Jose Mourinho’.

It would probably highlight how Dele Alli can be a bit silly and Eric Dier is very protective of his brother more than anything. But hey, CRISIS.

The article is accompanied with a tagline of ‘SPURS IN DECLINE’, and a headline of ‘A CLUB IN DIER STRAITS’.

And let’s not pretend that things have gone anywhere close to plan since Mourinho was appointed. But they were 14th when he took over and are now 7th, five points off 4th and can most certainly still overturn a one-goal deficit to advance in the Champions League.

Four consecutive defeats, each a result of bizarre and infuriating approaches, should not be excused. But ‘crisis’ seems a bit much for a team that beat Manchester City a month ago and could easily be in a Champions League qualification place by the end of the week.

Mates’ rates
The Sun also look at a ‘SPURS IN CRISIS’. And Paul Jiggins is probably not wrong to write that ‘Jose Mourinho’s reign at Tottenham is unravelling after just four months.’

But some of his points are just silly. Like…

‘The fact Troy Parrott and Gedson Fernandes, 18 and 21 respectively, were allowed to take kicks is an indictment on where Tottenham are at right now.’

The fact Adam Idah and Todd Cantwell, 19 and 22 respectively, were allowed to take successful kicks kind of undermines that narrative.

‘Dier’s decision to climb 20 rows of stairs in the stands to confront a fan arguing with his brother is being painted in a rose-tinted shade by some who say they understand the player for sticking up for his sibling.

‘Despite it by no means being an Eric Cantona situation, it means Dier will probably join team-mate Dele Alli on the FA’s charge sheet.

‘Neither are that big a deal but, following Lloris’ drink-drive conviction, it is yet another example of Tottenham stars going off the rails and becoming a law unto themselves.’

Alli made a really stupid joke. Dier did something silly but understandable in defence of his brother. And how is a drink-driving charge in September 2018 in any way relevant to Mourinho’s Tottenham? He was managing Manchester United at the time and Spurs have reached a Champions League final since.

Except the curveball is that Mourinho is not even totally to blame. Nor are the players or Daniel Levy. This one is actually on…Mauricio Pochettino.

‘The main reason Spurs do not have any discipline or self-control is because previous boss Mauricio Pochettino treated the players like his mates.’

Mediawatch has no mates but if it did, it probably wouldn’t call out their “different agendas”, blame their “arrogance” for losing to Southampton last March, make revelations about them in a book or regularly drop them. Ask Kyle Walker, Kieran Trippier, Lucas Moura, Toby Alderweireld, Hugo Lloris and many more how ‘matey’ Pochettino really can be.

And excuse the link, but wasn’t it The Sun who said that Tottenham players were ‘furious’ with him over that “agendas” quote?

Jiggins even goes on to claim that Pochettino’s ‘legacy at Spurs has not been a Champions League final appearance but a squad of players who believe they were good enough to win it and were not.’

That is definitely the lasting memory of a five-and-a-half-year reign in which he took a team that had finished 6th under Tim Sherwood to four consecutive top-four finishes, playing some of the best football the Premier League has seen recently, and to a final of a competition they had previously qualified for once before his appointment.

Pochettino is not blameless, but that is utter b*llocks. He didn’t make them try and fail to defend a 1-0 lead for 75 minutes at home to the Premier League’s bottom club. He hasn’t said Tottenham must decide between either focusing on a game this weekend or next week. Pinning a lack of ‘discipline or self-control’ on a manager who reached a Champions League final having been given no new signings for about 427 years is madness.

Ndomb luck
Also from that article:

‘Maybe the reason he cost so much was that Spurs paid for him by the kilo!’

a) A cursory search tells us that Ndombele weighs 76 kilos.

b) That’s bloody rich comin…no, it really isn’t worth it.

Dier wolf
Jeremy Cross lays into not Tottenham, but Eric Dier in particular in the Daily Star.

It is a silly article that lays into ‘the cretinous behaviour’ of a ‘full-kit w*nker’ who ‘stuck two fingers up to protocol’ and ‘rode roughshod over the basic principles a professional footballer should adhere to and brought shame on himself and those who pay his sizeable wages’. It was also apparently ‘downright embarrassing and pathetic’ for him to try and defend his brother. What a kn*b he is.

But Cross’s two opening paragraphs are so laboured that anyone who reads it will soon need a rest:

‘In these modern times, few can lay claim to having a more fitting surname than Eric Dier.

‘The spelling might be slightly different, but the pronunciation is the same along with the official meaning of it – ‘very serious, extreme or bad’.’

Seamless. And every bit as ‘indefensible’ as you claim Dier’s actions to be.

‘It is now 16 years since the Invincibles completed an entire season unbeaten.

‘Gunners fans should be embarrassed to still be celebrating when their team is tenth in the table.’

Indeed. How dare they enjoy or take pride in literally anything?

‘Interesting story about bidding for the designer cast-offs of a bunch of ex-footballers’ partners.

‘…do not like the idea of seeing their old handbags and gladrags hanging unappreciated in local charity shops.

‘So they set up a website allowing us peasants to acknowledge their generosity by paying premium prices for their old tat.

‘They even plan to mark their donations with an invisible forensic DNA label, whatever the hell that means.

‘The website opens for business tomorrow. Don’t all rush at once.’

It’s almost as if it’s not targeted at middle-aged white men, Mark.

Tone death
Irwin then completes the hat-trick with a cheery little point to brighten up everyone’s Friday:

‘Are you ready to risk contracting a potentially fatal illness to watch Burnley against Spurs tomorrow?

‘Or will you be going into self-isolation with only Pointless Celebrities to keep you entertained?

‘Whichever option you choose, the bad news is that you are still going to die at some point.’

Lovely. Have a great weekend.

Recommended watching of the day
For some bizarre reason, the F365 Show still hasn’t been cancelled. So we’ll be back every Thursday with more irreverent nonsense intriguing insight. Subscribe here.