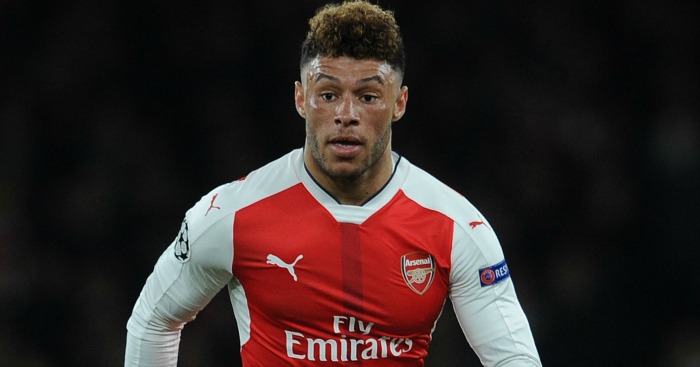 Footballers on holiday
‘Premier League stars make a splash as Joe Hart does a cannonball and David de Gea takes a dip during holidays’ – MailOnline (NB – not related to the Daily Mail).

Footballers are swimming on holiday now? It’s as if they’re human beings like you or I.

You’ve just lied there mate
Mediawatch is thankful for many things in its life, including but not limited to: health, family, friends and an addiction to overbuying during the weekly shop that will leave it sitting pretty when the nuclear winter arrives. But we are mostly grateful for the fact that we focus our pedantic glare solely on football, and therefore are saved from reading professional arses like Martin Daubney. Until today.

If you aren’t familiar with Daubney, we offer you our sincerest congratulations. He is the latest in a long line of very modern columnists who have Big Opinions for money, a man who once said: “Men have realised that if they adopt the ways of the gays, they get laid more often.”

Anyway, on Monday the Daily Telegraph columnist wrote a column about why Jeremy Corbyn appearing at Glastonbury was A Very Bad Thing and why people singing his name in the style of a football chant was A Very, Very Bad Thing. It included a football-related anecdote.

‘No self-respecting football fan would join in with such a plodding chorus – but then, there are barely any football fans at Glastonbury of any variety,’ Daubney wrote, handily ignoring that the Corbyn chant was sung to the tune of the White Stripes’ Seven Nation Army, widely sung at football grounds across Europe. Maybe Daubney should actually go along?

‘In 1998, I had to watch the World Cup final on a portable Casio TV I’d taken along, as nowhere was showing it. Football, I was told by Glasto security, was for “trouble makers”.’

The article has now been altered to just say ‘World Cup’, because we all misremember the final for the last round of group matches and last-16 games.

Still, even Daubney’s claim that there was no football on is pretty shaky, at least according to an article in the Guardian on June 29 headlined ‘Pop feast kicked off by football’:

‘This year Glastonbury belonged to football. Few of the 247 bands, covering every variety of popular music, including Bob Dylan’s wrinkly rock, Tony Bennett’s crooning and Cornershop’s Asian pop, could compete with the World Cup, televised on a huge screen a few fields west.’

Still, who cares about accuracy when you have a political axe to grind, eh.

Optimism abounds
From the Daily Mirror’s story on Liverpool interest in Alex Oxlade-Chamberlain:

‘Liverpool have made their move for Alex Oxlade-Chamberlain. Anfield chiefs’ direct enquiry to Arsenal represents the first step in trying to pull off a remarkable transfer coup for the £25million-rated England international.’

‘Remarkable coup’, eh? Liverpool would be paying £25m for a player with 12 months left on his contract who started 16 league games for the team who finished fifth and who the Mirror themselves say hasn’t been offered a new contract by Arsenal.

Liverpool signing Dixie Dean would be a ‘remarkable coup’. Paying £25m for Oxlade-Chamberlain would not.

Stinging
With the news that Tammy Abraham is close to joining Swansea City on loan from Chelsea, former Newcastle player and broadcaster Mick Quinn is not happy. At all.

‘I have to say I am extremely disappointed in Tammy Abraham,’ Quinn begins in the Newcastle Chronicle. ‘If he really is set to choose Swansea City over Newcastle United, I would seriously question his decision.’

‘It shouldn’t take me to tell him that Newcastle is a far bigger football club than Swansea. At the Liberty Stadium, you have a club who only just survived last season and will likely to battling relegation again next term.’

Perhaps linking up with his former youth coach Paul Clement may have been a factor? Or the promise of guaranteed first-team football? Or just doing what he bloody well wants?

‘This claim that Abraham rejected Newcastle because of the nightlife seems pathetic to me as well,’ Quinn continues. ‘It’s a cracking night out in the city, and players should be able to enjoy that – but all in moderation. If he can’t trust himself to work hard on the training field and then every now and again let some steam off down the Quayside then perhaps he is better off not coming to the North East.’

‘Undoubtedly an agent has got into his ear and wrongly advised him that Swansea is the club for him next season. I don’t know Abraham personally and I don’t know his exact reasons for choosing Swansea over Newcastle but, quite frankly, any excuse would be weak in my eyes.’

So you don’t know the player and you don’t know his reasons – despite using words like ‘undoubtedly’ – but you’ve criticised some possible reasons anyway and say that it doesn’t matter what those reasons are. Top work.

Woe betide a player making a decision for himself, rather than according to what an ex-professional who doesn’t know him thinks.

The Watcher
We’re not saying that the Daily Mirror were reaching with their ‘REVEALED: The 5 players Real Madrid are watching at Poland’s Under-21 Championship’ feature, but one of the players already plays for Real Madrid.

Banker
It was never in doubt that Ryan Giggs would back Wayne Rooney to stay at Manchester United, but you do have to admire his reasoning.

“Wayne is a proven goalscorer, give him a chance Wayne will score,” Giggs told Sky Sports News HQ.

‘Gareth Bale will NOT be leaving Real Madrid this summer despite being linked with sensational Manchester United move’ – The Sun, June 26.

Mediawatch presumes that this latest update will definitely be the end of Bale being linked to Manchester United. Definitely.

How handy
‘Crystal Palace announce new sponsorship with ManBetX, a ‘sports betting and entertainment platform’ whose YouTube channel is filled with model fitness and beach videos,’ The Sun headline reveals.

Do you think The Sun included photos from that YouTube channel in their story, while also explaining that ‘those model casting videos feature attractive women wearing very little and performing various exercises – one of them even dribbles milk down herself’?

We can confirm that the Pope still s**ts in the woods.

Inadvertent line of the day
‘What frustrates me about this situation though is it strikes me as a football failing to think for himself’ – Mick Quinn on Tammy Abraham.

Recommended reading of the day
Archie Rhind-Tutt on Naby Keita.