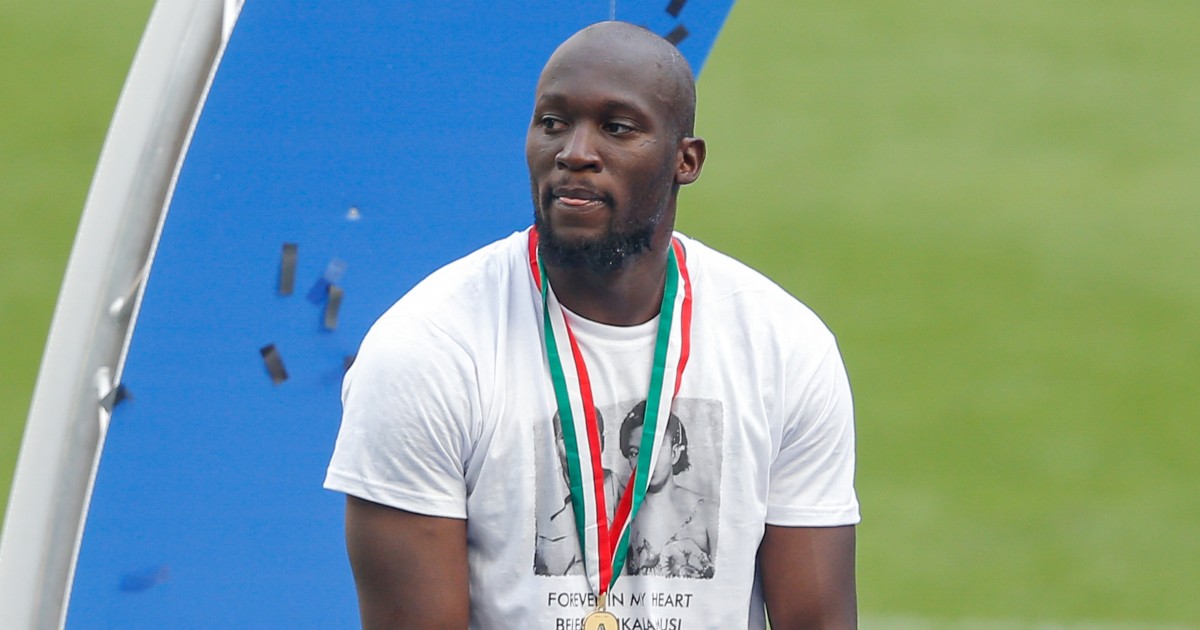 The return of (cliches involving) Romelu Lukaku has been confirmed. The former and future Chelsea striker remains a flat-track bully.

Luk who’s talking
The problem with being ‘the man who always speaks his mind’ is that everyone’s mind can play tricks on them. And Stan Collymore has fooled himself into believing every cliche about Romelu Lukaku.

It is fair to suggest Chelsea would be better off signing no-one this summer. That is but an opinion. Yet claiming ‘he is still pretty much the Lukaku who went to United in 2017 and Inter Milan two years later’ is nonsense.

He has scored at least 30 goals in each of his two seasons in Italy, his previous best being 27. He has just won the second league title of his career, 11 years after his first with Anderlecht, with more combined goals and assists than anyone in Serie A.

This Lukaku is a little better than the one that joined Inter Milan on the back of a campaign in which he scored 15 times in 45 matches for Manchester United and suffered serious physical problems.

Don’t get Collymore and his Daily Mirror column wrong: he admires and appreciates the ‘big, strong’ Belgian with ‘the first touch of a trampoline’ but ‘there are plenty of more mobile forwards’ and Lukaku ‘has bulked up a lot’.

Ah, balls. Has Mediawatch ended up in 2019 again? Nightmare.

Load of kak
Collymore is just frustrated that Lukaku has not ‘developed into the elite, world-level player I hoped and believed he would’. Thomas Tuchel ‘only needs someone who can stick the ball in the net from five or 10 yards’ and would obviously be better off spending £40m on someone who can do that job instead of almost £100m on Lukaku.

There is a plethora of such players, of course, which is why Collymore offers a multitude of examples of these £40m-rated regular, proven goalscorers.

‘Tuchel would have been much better off throwing the kitchen sink at Harry Kane and offering to pay Tottenham £10million more than Manchester City’s highest bid.’

Which would still not have been close to the £160m Tottenham are demanding. And that is £160m Daniel Levy wants from Manchester City. The fee for Chelsea would likely be higher and thus they know not to bother in the first place.

Kane, by the way, scored 33 goals and assisted 17 in 49 games (43 starts) last season. Lukaku scored 30 goals and assisted ten in 44 games (39 starts). There is not a significant amount between them, certainly not enough to scoff at the virtues of one in favour of the other.

Flat chance
And then comes the pièce de résistance.

‘And Chelsea don’t need a flat-track bully who scores the third or fourth goal in a 4-0 win, they need someone who, like Drogba, will score the only goal in a tight, tough Premier League game or the decisive goal in a Champions League semi-final or final.’

Lukaku scored six goals in 10 Serie A games against the teams that finished from second to sixth – Milan, Atalanta, Juventus, Napoli and Lazio – last season. He scored in six single-goal victories. He scored in a Coppa Italia quarter-final Derby della Madonnina win.

Props for ticking the ‘big’, ‘strong’, dreadful first touch and ‘flat-track bully’ boxes on Lukaku in 2021, mind. That is genuinely impressive.

Erling learner
Erling Haaland is the man Chelsea want, although even Collymore would admit he might not be available for £40m. Lukaku will have to do.

Haaland is off elsewhere in any event, according to the Daily Mirror website.

‘Erling Haaland transfer race takes twist after Bayern Munich announcement,’ reads the headline. This sounds huge and it comes from Bayern sporting director Hasan Salihamidzic, who had this to say:

“Of course we are looking at him. Otherwise we would be complete amateurs.”

What a ‘twist’ that is: one of the best clubs in the world – the champions of the league in which Haaland plays – would quite like to sign the sport’s best young talent. More as we get it.

Thank transfer
Staying with the Daily Mirror website, Fabinho is apparently buzzing to get the season started.

Oh wow. What could this be? Has he called Jack Grealish an overrated diver? Does he think Raphael Varane is too slow for the Premier League? Has he claimed Divock Origi is more valuable than both of them combined?

“This Liverpool squad has already won the Premier League, the Champions League, some important trophies. We have already shown what we are capable of.

“We don’t pay attention to the other teams. City are the Premier League champions and Chelsea the Champions League champions, and the English teams are always strong and will always fight for trophies. This year won’t be different.

“We don’t pay too much attention to the other teams, we just focus on us and working hard to be in the best way as possible.”

A ‘fiery message’? That is positively molten. And has loads to do with ‘transfer spending’.

Son’s crying
The Sun continues to get massively carried away with the importance of pre-season friendlies.

‘Heung-Min Son’s 79th minute goal was enough to see off Arsenal and pile on the problems for Gunners boss Mikel Arteta,’ writes Mark Irwin in the first paragraph of his report.

Will Arsenal sack him on Monday or just wait until later in the week, do you think?

That is rather burying the fact that he himself won it. But it does beg the question as to what a ‘horror penalty’ actually is?

A low one that is saved by the opposition goalkeeper, apparently. In a pre-season friendly. Absolutely terrifying.