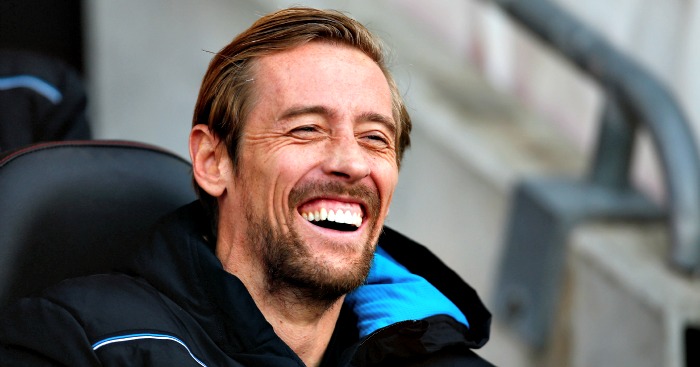 You don’t win anything with kids
Now you might – like Mediawatch – be thinking that Manchester City’s current ‘problems’ (three points off the top, title favourites with the bookies) are because they are sorely missing the spine of their side in Vincent Kompany, Yaya Toure and Sergio Aguero. You may also suggest that Manuel Pellegrini makes naive tactical errors, that they struggle against pace and movement or that big-boned, big-name signings like Wilfried Bony and Fernando have struggled with bit-part roles.

But if you are Graeme Bryce of The Sun, you know exactly what is wrong with Manchester City: Not enough old, average players.

‘City were invited to register a 25-man strong squad to deal with all eventualities at the start of the season,’ writes Bryce.

‘Incredibly, the richest club in the world went with 21, which includes goalies Joe Hart, Willy Cabellero and Richard Wright!’

The exclamation mark suggests that Bryce is utterly discombobulated by the very standard concept of three goalkeepers, but it’s the ‘incredibly’ which caught Mediawatch’s eye.

Manchester City did indeed name 21 players over the age of 21. Incredibly, that’s one fewer than Arsenal (22), the same as Manchester United (21) and two more than Chelsea (19).

So what should they have done?

‘City could have made a few old pros very happy by putting them on contracts for a rainy day, to be used only in emergencies.’

We think he’s saying they should have signed Peter Crouch and Clint Hill.

Forget you
Mediawatch happens to agree with Jamie Redknapp that Manuel Pellegrini made a mistake by fielding both Fernando and Fernandinho at Stoke, but we have to pull up the tight-trousered one when he ‘writes’ in the Daily Mail: ‘I can only think of one game where playing the two together worked – a 2-0 win at Roma in the Champions League last season. Apart from that, I can’t remember it being successful.’

To be fair, it has been a whole month since City beat Sevilla 3-1. And two months since they battered Newcastle 6-1. These things can slip your mind; unless you’re paid to remember.

No alarms and no surprises
In the easiest quiz outside daytime telly, Mediawatch gives you one guess what is to blame for Newcastle’s woes, according to Harry Redknapp in the Daily Telegraph. Superfluous clue: It’s not the Englishman who worked with Redknapp at QPR.

‘It looks like that have bought too many foreign players in. They could do with a more British backbone to the team.’

Mediawatch’s favourite sentence possibly ever: ‘A couple came off the bench yesterday and you are thinking: ‘Who is he, where has he come from?”

No, Harry, you were thinking that. The rest of us recognised Ayoze Perez from last season, recall at least a couple of Yoann Gouffran’s 82 Premier League appearances for Newcastle and remembered the £12m Newcastle spunked on Florian Thauvin.

Oh and they did win, you know.

Exclusive of the day
From Andrew Dillon in The Sun: ‘JOSE MOURINHO must lift ‘depressed’ Chelsea for a week which could define his future.’

Now that, ladies and gentlemen, is what is known in the business as a scoop. There we were thinking the Chelsea squad would be dancing on the sodding ceiling after losing at home to Bournemouth. We don’t have the contacts, you see.

* ‘Stoke City have not conceded a goal while Ryan Shawcross has been in the team since his return from a back injury.’

…if you wilfully ignore the two goals Stoke conceded after Shawcross had been sent off against Sunderland.

* On Winston Reid: ‘This was a captain’s performance if ever I saw one.’

* ‘As it stands Ramsey and Ozil are the two outstanding outfield players for the Arsenal at the moment in an otherwise utterly unpredictable Premier League title race.’

Garth Crooks is literally the only man in London who believes Aaron Ramsey is currently ‘outstanding’. Laurent Koscielny? Nacho Monreal? Not for Garth.

* ‘It’s just great to see direct, uncomplicated football reaping such fantastic rewards, instead of hearing from clever-clogs with clipboards and new wave soccer mumbo jumbo wittering on about how sophisticated the game has become.’

Mediawatch is filing ‘clever-clogs with clipboards’ just under ‘laptop guru’ in the PFM lexicon (it’s not done alphabetically).

It might be time to get that ‘football analyst’ billing removed, fella. You wouldn’t want anybody to think you used a clipboard.

Slight difference of opinion
The Daily Mirror on Aaron Ramsey: ‘5/10: Poor game but rescued himself with late goal.’

The Independent on Aaron Ramsey: ‘8/10: Was handed his chance to impress in his favoured central position and he didn’t disappoint. After going for goal a few times early on, Ramsey then started the move that led to Arsenal’s opener before setting up Giroud for the winner. Was then rewarded for the numerous chances he carved out for himself with his late goal.’

The truth? He was alright.

Gimme five
So what five things did we all learn from Arsenal’s win over Sunderland? And more importantly, what did Lee Hurley of the Metro website learn?

Second on this list of things Hurley learned is that ‘Arsenal should play first every weekend’. But surely they didn’t play first and they won? We’re intrigued…

‘For whatever reason, when the Gunners are handed a chance to go top of the table because the teams around them have dropped points, in this case City in the early kick-off, more often than not it seems like they do their best to make a total hash of it.

‘Thankfully they weren’t able to do a total number on themselves on Saturday, but they gave it their best shot.’

So they didn’t play first, they won, and they didn’t go top of the table. Oh and they lost their last Saturday lunch-time kick-off game to Chelsea. But you ‘learned’ that they should play first every weekend? That almost makes as much sense as…

And why learn about Aaron Ramsey’s suitability to play in the middle or Alex Oxlade-Chamberlain’s continued decline when you can learn that ‘Yann M’Vila finally turned up at Arsenal’. Yes, our man in Belfast ‘learned’ that the oft-linked midfielder played at the Emirates.

Mediawatch is quickly learning that football journalism has eaten itself and is currently vomiting on its shoes.

Footballing lesson
Over in the Daily Mirror, they were busy ‘learning’ that ‘Leicester are kings of the counter-attack’.

Yes, but do they use the ‘WIN BALL BACK ZONE‘?

Cultural reference of the day
Watford fan Mike Walters on Watford’s strike pairing in the Daily Mirror: ‘Individually, Deeney and Ighalo are not Messi and Ronaldo. But as a pair, they go together like Morecambe and Wise.’

One of which has been dead 32 years. Much like Walters’ zany humour.

Opening paragraph on MailOnline: ‘Mauricio Pochettino has admitted Tottenham need a goalscoring midfielder to boost their Champions League ambitions. He is hoping Dele Alli will develop to become a talisman like Manchester United’s Paul Scholes, Chelsea’s Frank Lampard and, perhaps most comparably, Liverpool’s Steven Gerrard and drive the team to success in Europe.’

We three kings
According to Wikipedia, ‘the rule of three or power of three is a writing principle that suggests that things that come in threes are inherently funnier, more satisfying, or more effective than other numbers of things’.

The Sun’s Antony Kastrinakis (sweetly writing about ‘a shattering blow for Kopites not just on Merseyside’ when really he wants to snottily scream ‘why didn’t we win? Why why why?’) should have remembered this golden rule he wrote that Liverpool ‘lacked pace, pressing, penetration and persuasion’.

Courage of the day
‘Then came Alberto Moreno’s wrongly disallowed wonder goal, which Klopp bravely shrugged off’ – Kastrinakis, The Sun.

Give that man a Pride of Britain award.

Worst intro of this or almost any other day
‘RONALD KOEMAN wore a Christmas jumper to raise a giggle at last season’s Southampton Christmas party. But captain Jose Fonte said his boss should be more interested in the January sales’ – Alex Smith, The Sun.

@SkySportsNewsHQ cause he's their best defender. Aren't you supposed to be telling me the answer anyway?

Mediawatch couldn’t put it better ourselves.

Needless explosion of the day
‘Here at St James’ Park, the form book was not just ripped up, it was blown to pieces’ – The Sun.

Runner-up
‘Many Abbey returns: Peter Crouch might be out injured but Abbey Clancy certainly looks match-fit’ – The Sun online.

Thanks to today’s spotters Mohsin Khan and Michael McCollum.