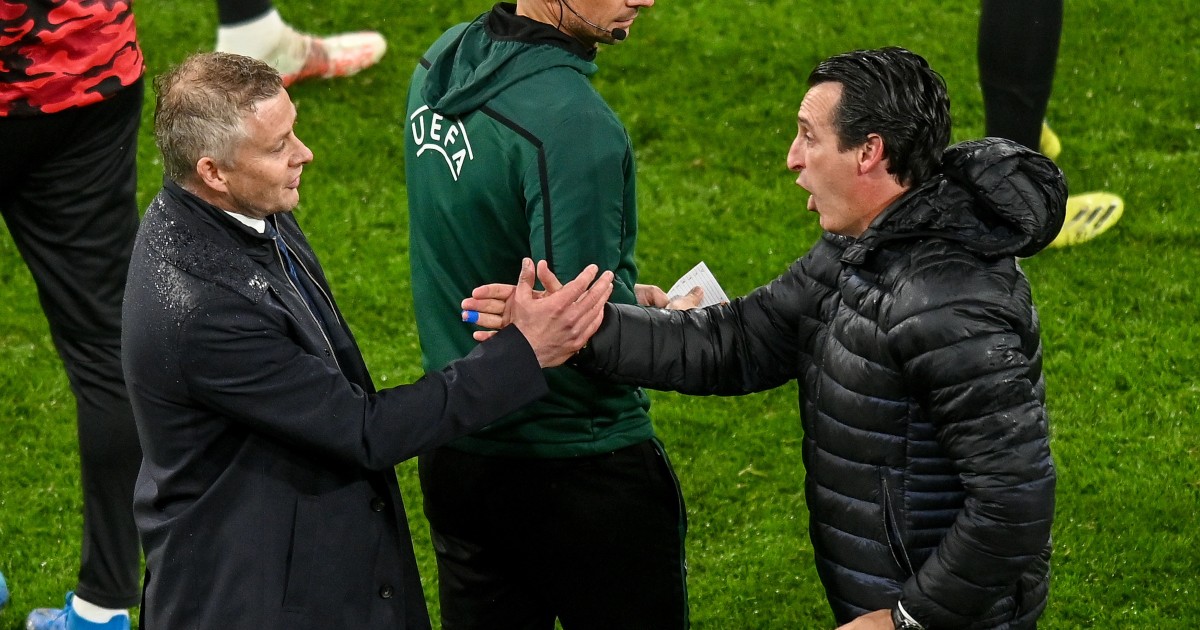 All Man United needed against Villarreal in the Europa League final was Harry Maguire. Unai Emery showed up those ‘big brains’ at Arsenal.

Destiny’s mild
The Sun are struggling massively with the concept of Man United losing the Europa League final despite it falling on May 26.

‘Solskjaer had claimed it was United’s “destiny” to win on the birthday of legendary boss Sir Matt Busby and the date of their 1999 Treble-winning Champions League triumph over Bayern Munich.

‘But instead it was the Spanish club who sealed a first major trophy in their 98-year history.’

Then there is his colleague Charlie Wyett, who tells us:

‘David de Gea was the fall guy on Manchester United’s date with destiny.’

It was a bit silly for anyone to refer to it as ‘destiny’ that Man United would win before the match. It is downright bizarre to keep doing so after they lost.

‘Villarreal took a surprise lead and if that was not bad enough for United’s Liverpool-hating fans, the scorer was Gerard.’

b) Villarreal had four shots to Manchester United‘s three before Moreno scored.

But no, later in the same article Wyett reiterates his absolute shock at that opener.

‘Sub Yeremi Pino had a goal-bound shot deflected for a corner by McTominay.

‘Yet the Spaniards were perfectly happy to sit back and offered virtually nothing going forward.

It sounds like they offered a bit going forward. More shots than their opponents, for a start. What a ‘surprise’ indeed.

Secret shied away
And then back to Custis we go for this:

‘It has been easy to blame it all on Paul Pogba.

‘And one Scottish pundit in particular – vocal critic Graeme Souness – finds it perhaps too easy.

‘Having witnessed Manchester United legends Paul Scholes and Roy Keane in their pomp, I have not shied away from having a go either.’

Now he is actually praising Pogba for his performance and leadership, which is noteworthy. Well played.

But also Mediawatch is not sure calling someone “the most disliked Manchester United player of all time” was ‘having a go’ as much as it was being a d*ck. 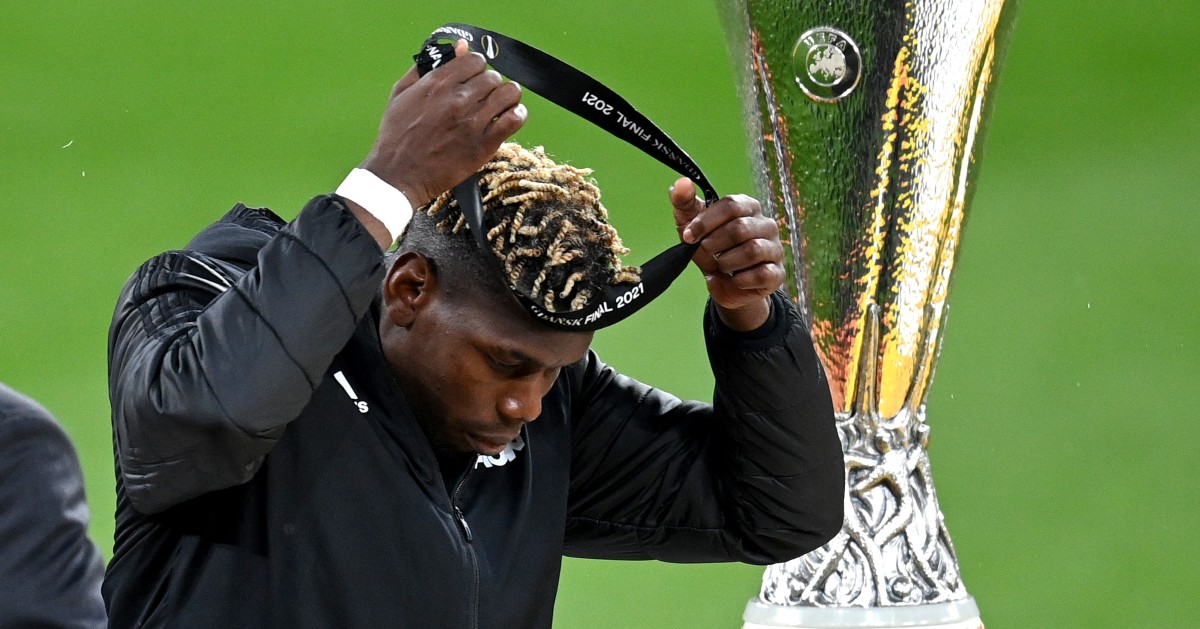 Hurty Harry
There were numerous reasons Man United lost the Europa League final. Ranking incredibly lowly on that list would be the fact Harry Maguire was injured. Yet Wyett is among those absolutely certain that the centre-half ‘would have got his head to the delivery’ that resulted in Villarreal’s goal.

Maguire played all but four games of a Premier League season in which Man United conceded more often from set-pieces than every other team bar Leeds. He might have stopped it. But he really might not.

Andy Dunn goes much further in the Daily Mirror, dedicating almost his entire column to someone who did not play.

‘Harry Maguire has missed Manchester United’s last five matches and has been outstanding in them all.

‘The old gag that an injured footballer can look better with every game his team-mates play without him has never been more appropriate than it is in Maguire’s case.

‘United have conceded in all of the contests from which he has been absent. It is no coincidence.’

It might be: they kept one clean sheet in his last six appearances.

‘Maguire can make the odd mistake, can look cumbersome, is not the quickest.

‘But he is a born organiser, a magnificent reader of a game, not afraid to make telling incursions, and a serious aerial force at both ends of the pitch.

‘Yet it is too easy to say Maguire’s considerable presence would have made a difference as United lost in the penalty drama.’

Oh. Then what is the meaning of all this?

‘Certainly they could have done with him when Dani Parejo swung over the free-kick that was diverted in by Gerard Moreno.

‘It might have had an effect but United have regularly been conceding that type of goal for some time, even with their captain in the heart of the defence.’

Thank you for taking your first eight paragraphs to clear up the fact that Maguire not being there probably didn’t actually make too big a difference.

But Dunn is not about to let this one go, returning to the general theme in his final two paragraphs:

‘Again, it is far too simplistic to say Maguire being sidelined has been the root of all United’s defensive foibles.

‘But here – with Maguire on the sidelines – his importance to Solskjaer’s team has been established once and for all.’

Because why question a Man United attack that managed two shots on target in 120 minutes against the seventh-best team in Spain when you can point to the big English bloke and imply he might have stopped the only goal they conceded despite evidence to the contrary?

Ask a simple question
‘Could Solskjaer have done more to tip the balance in United’s favour?’ – Chris Wheeler, Daily Mail.

That is an incredibly short argument.

Talking out of his Arsenal
Emery is the main subject of Martin Samuel’s take in the Daily Mail. He lays it on awfully thick, so to speak.

‘In all he has coached in five of the last eight Europa League finals, and won four of them. Only at Arsenal did he fall short.

‘And that makes him a figure of fun in this country. Too dull, too tactical, not charismatic enough. What must they think now, watching this? Are Arsenal better off without him now? Hardly.

‘They must have some big brains at Arsenal that they can jettison this one after 18 months.’

Arsenal were below Burnley and Sheffield United in the Premier League table when Emery was sacked in November 2019. Just because they are not much ‘better off without him now’, and just because he has won the Europa League again, does not mean the ‘big brains’ in north London were wrong to sack him.

In fact, as one M. Samuel wrote for the Daily Mail at the time:

‘Unai Emery didn’t do a good job as Arsene Wenger’s successor, but nor did he do a wholly dismal one.’

Pretty much. So don’t be daft just to try and poke fun at Arsenal; that is easy enough without having to completely contradict yourself in the process. 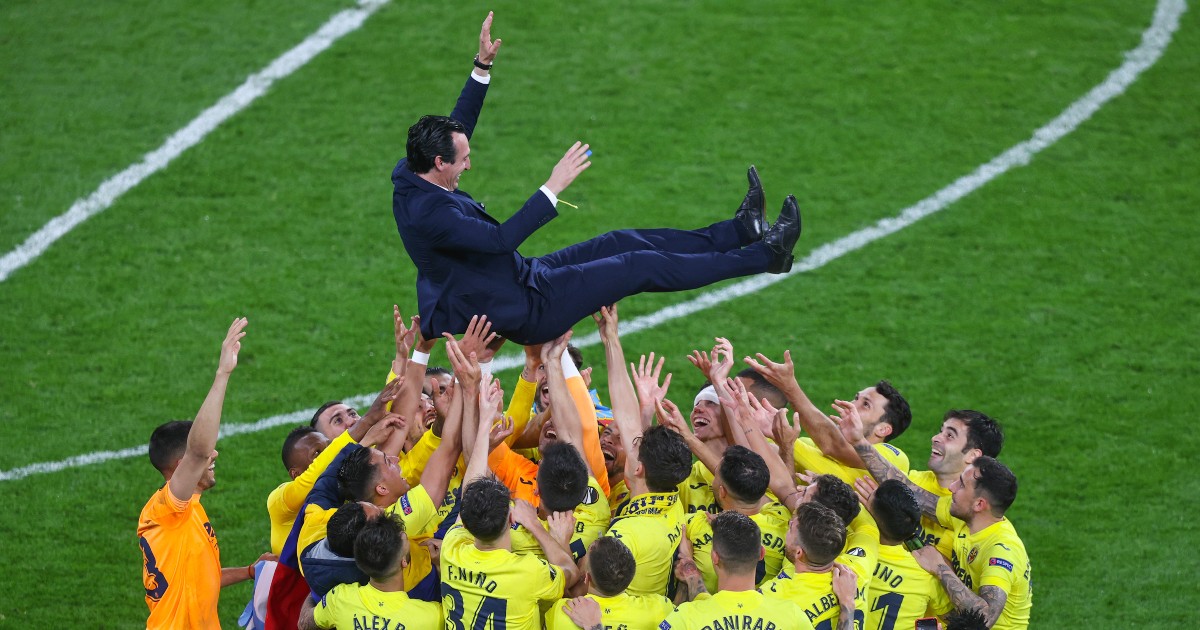 Darling buds of may
‘With 20 minutes left of normal time, Marcus Rashford missed a chance that could have settled this game earlier. Had it fallen to Mason Greenwood, it may well have been taken and Manchester United may have been spared this embarrassment’ – Ian Ladyman, Daily Mail.

And it may well have been disallowed for offside, considering it was Greenwood himself who was beyond the last defender before he put the cross in.

Heavy blow
But forget all of the above, because everyone knows the best way to harvest Man United clicks is to…write about Liverpool?

‘The Red Devils’ defeat out in Poland may have actually dealt Jurgen Klopp’s side a potential blow in next season’s Champions League – as it means they may come up against Borussia Dortmund.’

That’s right: Liverpool could possibly maybe have to play Borussia Dortmund next season now. If they are drawn in the same group. Which tends to be the case. They will be devastated.

Recommended reading of the day
Jonathan Liew on Manchester United