Man United have now 'refused to be bullied' by two smaller and less well-off clubs in the space of two days. 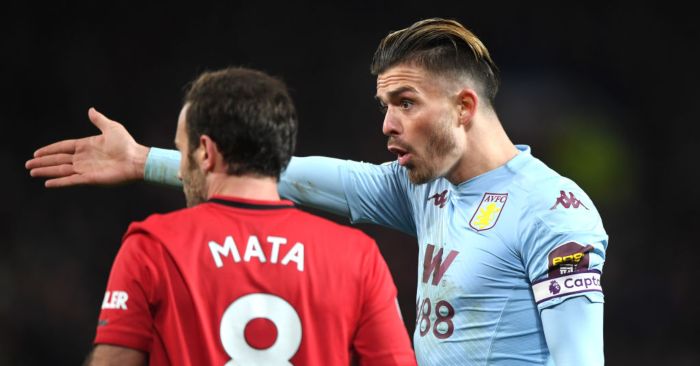 Man United have now ‘refused to be bullied’ by two smaller and less well-off clubs in as many days. They are the bravest boys.

Keep it brief
On Tuesday evening, Man United issued a transfer brief to the usual journalists. They do this quite often. It is always hilariously transparent.

‘Manchester United ready to walk away from Jadon Sancho deal if Borussia Dortmund do not lower £108m fee’ – Daily Telegraph.

‘Manchester United are prepared to walk away from a deal for Jadon Sancho due to Borussia Dortmund’s ‘unrealistic’ asking price’ – Manchester Evening News.

Manchester United are yet to agree personal terms with Jadon Sancho or a transfer fee with Borussia Dortmund and have lined up alternative targets if an agreement cannot be reached this summer’ – The Athletic.

Simple. Yet somehow The Sun did not receive this particular memo. Their latest stories on Sancho are whether he could ‘finally end curse of Man Utd’s legendary No7 shirt,’ the fact he is on holiday and the non-exclusive claim that Manchester City will be due £15m of a reported £110m sale.

Perhaps Neil Custis is still insisting that Man United ‘forced the Germans’ to cede to their demands. That went well.

Bully beatdown
Their refusal to be ‘bullied’ by a smaller and less well-off club in Dortmund was funny. But Manchester United’s bravery does not end there. Now they’re standing up to those tyrants over at Aston Villa.

Well done to the Daily Mirror for noting the unbelievable courage it must take not to bow down to the powers of a club that has spent three of the past four seasons in the Championship, escaped relegation by a single point last month and has not finished in the top half of the Premier League since 2011.

Which of these clubs is meant to be refusing to be ‘bullied’ again?

Maybe tomorrow
Sticking with the Daily Mirror, they truly are absolutely peerless when it comes to headlines. Case in point:

“One of the things that come along with winning is immediately talking about the future.”

Alright then. Ease us in gently. No problem. The good stuff is coming.

You shameless, brilliant b*stards. It’s terrible but just imagine how hilariously disappointed those Liverpool fans will be who were told of something ‘exciting’ happening ‘tomorrow’, only to discover the owner was just talking generally about the future.

Scramble on
The Liverpool Echo thankfully ignore those quotes but go big on the Sancho story. It matters not that he is in talks to join Man United, because while they ‘scramble’ to sign him, the Premier League champions ‘cut out middle man to save millions’.

‘Various reports claim a fee of somewhere between £70m-£100m has been struck as United aim to rebuild and regain the ground lost on Klopp’s Liverpool in recent years.

‘It’s a big statement from a club whose revenue streams will have been hit just as much as Liverpool’s in the wake of the suspension of football earlier this year.

‘United, however, are in a position where the gambles are needed more than they are at Anfield.

Do go on. How exactly is Liverpool’s success not built on such expensive ‘gambles’ that bring no guarantees? What makes them so ‘different’?

‘Despite the record-breaking outlay of 2018 – a sum that came close to £250m – the Reds largely bob and weave in the transfer market. The knockout blow is rarely dished out.’

That is a hell of a mighty ‘despite’. Just ignore the literal world-record fees spent on Virgil van Dijk and Alisson – Fabinho, Naby Keita, Mo Salah, Alex Oxlade-Chamberlain, Georginio Wijnaldum and Sadio Mane all cost at least £20m between 2016 and 2018, too – and Liverpool rarely do deliver ‘the knockout blow’ in the transfer market. They only sign kids and Andy Lonergan on a free.

‘It is why deals like the one for Harvey Elliott last summer are more prevalent than the one United are seemingly set to strike for the 20-year-old Sancho.’

They are ‘more prevalent’ now, yes. But that is only because the ‘gambles’ Liverpool took first paid off. It is pretty easy to ‘save millions’ when you have already spent millions.

Whose line-up is it anyway?
How, though, would Man United use Sancho? Now that truly is a mystery. The right winger who would likely have to move for a British record fee has no obvious role in a side that has lacked an elite right winger for ages.

The Manchester Evening News is on hand to clear this one up:

‘United’s most likely line-up following Sancho’s arrival would look almost exactly how it did during that run of games between June and July when Solskjaer fielded an unchanged team for five league matches in a row, only with Sancho likely replacing Mason Greenwood as the regular starter on the right flank.

‘United’s back four picks itself irrespective of the arrival of Sancho, with Luke Shaw returning from injury to replace Brandon Williams at left-back, while Harry Maguire is partnered by Victor Lindelof in the middle.’

So Man United won’t randomly start playing Phil Jones even if they sign Sancho, because the winger would be the only change they make to a team that went 14 games unbeaten in the Premier League to secure Champions League qualification. And this is all on the assumption they sign literally one player all summer.

The headline is fine, actually. The absence of Aymeric Laporte is a bit weird but then Pep Guardiola has never done things the conventional way.