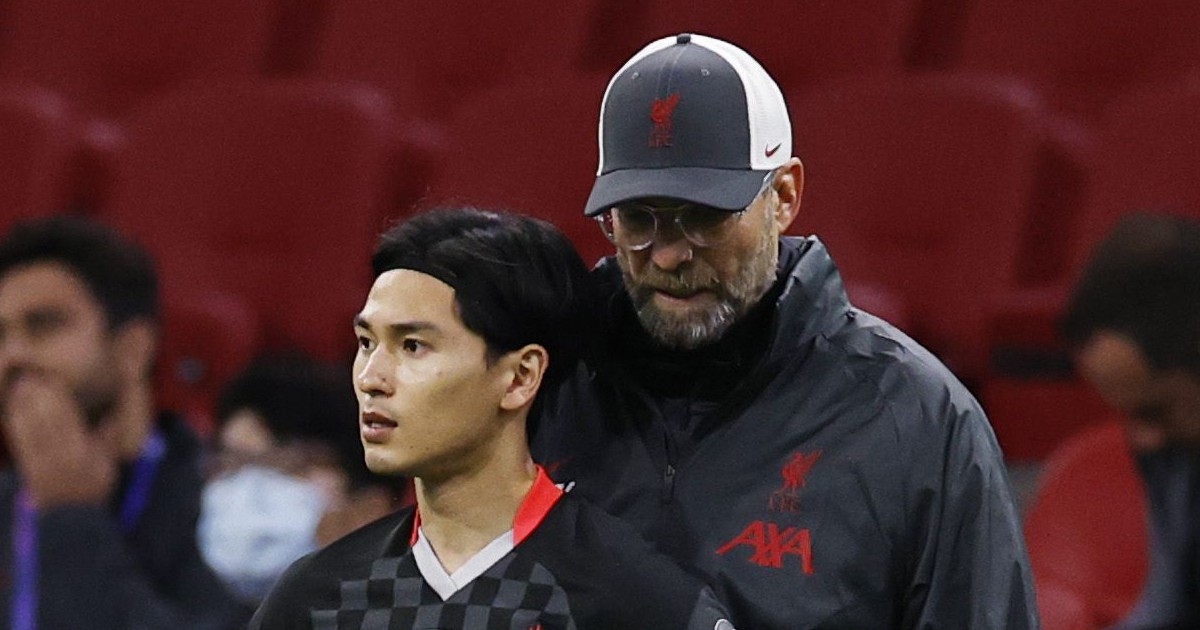 Manchester United STILL want to keep Jesse Lingard despite him making an error, while Liverpool are considering starting a first-team player.

Do you have to let it Lingard?
‘Manchester United still want Jesse Lingard to sign a new contract, despite his midweek howler’ – Martin Blackburn, The Sun.

You mean representatives of the club didn’t immediately block the number of Lingard’s agent after he made one mistake?

Next week: Manchester United still want Bruno Fernandes to sign a new contract, despite him shooting from long range when he probably should have passed.

Cristiano belief
Also in The Sun, Mark Irwin noticed something during that chastening midweek defeat. And it has nothing to do with a Jesse Lingard error which obviously should automatically cancel contract negotiations.

‘Ole Gunnar Solskjaer always knew Manchester United’s summer spending spree would leave him with no excuses for failing to win a first trophy.

‘But it is only now beginning to dawn on him that he is suddenly at the wheel of a runaway juggernaut with no brakes.’

Can you be ‘a runaway juggernaut with no brakes’ when your last match ended in a 2-1 defeat to Young Boys in which you had only two shots and pretty much retreated into your own half for almost an hour?

‘Reports of him delivering a dressing room speech ahead of last week’s debut against Newcastle were welcomed as evidence of his commitment to the cause.’

Your newspaper’s own exclusive reports, no less. Don’t be shy.

‘But then he upped the ante by delivering touchline instructions after being subbed against Young Boys the other night.

‘And that is something which Solskjaer needs to stamp out immediately if he wants to avoid ceding control to the most powerful player of the modern era.’

Because if we all know one thing, it is that Cristiano Ronaldo shouting things from the touchline makes it impossible to win trophies.

Mediawatch does enjoy the idea that Ole Gunnar Solskjaer can ‘avoid ceding control’ to Cristiano Ronaldo in any way, mind. This is a man that avoids using his old manager’s parking space out of deference but he will definitely tell a five-time Champions League winner, the highest international scorer of all-time and someone who earns about three times as much as him to go and take a seat.

Heard of sheep
Speaking of Ronaldo, The Sun are still, funnily enough, following him around like sheep.

‘MANCHESTER UNITED legend Patrice Evra filmed himself on a boat with some SHEEP as he joked he was helping Cristiano Ronaldo,’ reads the headline to their latest scoop.

‘As exclusively revealed by The Sun, CR7 has switched mansions due to bleating sheep keeping him awake at night – a report he denies,’ they continue, proudly detailing how a story that made the front page of their newspaper was rubbished by the subject himself.

‘After seeing the news, Evra hilariously shared a video of himself with some sheep and joked he was moving them to help his former team-mate.’

‘But Evra hasn’t randomly borrowed a boat and some sheep and the video clip is actually from his recent stint filming a TV show.’

Well that is a relief.

‘It just happens to be a remarkable coincidence that Evra had a video of himself with some sheep as the incredible news broke on Thursday.’

A ‘remarkable coincidence’. This after the ‘incredible news’ of a man moving house, something about which a friend ‘hilariously shared’ a video. Never let it be said that tabloids are prone to hyperbole.

Midfield minefield
Over at the Liverpool Echo, they tell us ‘Jurgen Klopp could consider Takumi Minamino surprise as Liverpool midfield set for boost’

The ‘Takumi Minamino surprise’ that Klopp ‘could consider’? That would be playing the fit and available Takumi Minamino, who is indeed a member of the Liverpool first team and has been in all but one of their five matchday squads so far this season.

Crystal Palace, who he played and scored against last season, will never see it coming.

The Liverpool midfield ‘boost’ weirdly seems to be that Harvey Elliott is injured so Klopp might ‘finally unleash’ that holy trinity of Fabinho, Thiago and Jordan Henderson ‘in a rare example of Liverpool fielding their strongest midfield on paper’.

And not having done so has clearly held them back at the start of this unbeaten season.

CAN of worms
‘Brendan Rodgers claims Leicester proved they CAN compete with the best in the Europa League after falling to late draw against ‘favourites’ Napoli ‘ – MailOnline.

Not sure you need a manager to ‘claim’ his team CAN compete with a club they just drew against after leading for 78 minutes.

Whenever, wherever
‘Figures reveal top 10 most successful football Wags – and Posh is only second’ – The Sun website.

It sounds dreadful but don’t worry, the top 10 is ‘ranked on categories such as net worth, their social media following, their Instagram earnings, IMDb credits and Spotfiy [sic] listeners, before giving a final score out of 100’. This is all completely scientific and that makes it alright and not at all weird or tiresome or awful.

Mind you, when at least three of the ‘top’ five ‘Wags’ are far more globally recognisable than their partners, it does make you wonder. Pretty sure Gerard Pique, Alex Oxlade-Chamberlain and Andre Gray are more ‘Habs’ than anything. Still calling anyone a ‘Wag’ is incredibly stupid, reductive and offensive but pretending that the actual Shakira is defined by being a footballer’s partner is amazing.

Joke’s on everyone who thought Gary Lineker was lying when he said in May that he would stop presenting BT Sport’s Champions League coverage to “follow Leicester across Europe with my sons”.

The headline – ‘Man Utd star has ‘absolutely no chance’ under Solskjaer‘ – is fine enough, even if it does give a little too much importance to the words of Paul Ince on Donny van de Beek.

But tweeting Ince’s in-character quote of “there’s nothing Ole could say that would persuade me that my future is at Manchester United” in conjunction with that headline is phenomenal sh*thousery. It’s not even international week anymore!