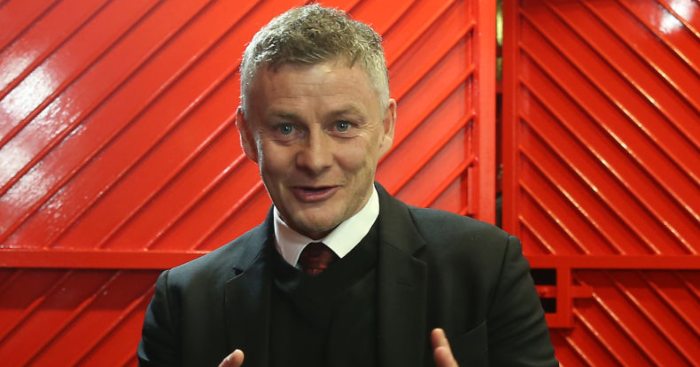 Dirty Sanchez
Mediawatch is baffled by the Daily Mirror’s back-page exclusive that ‘MANCHESTER UNITED have performed a stunning u-turn and decided to give Alexis Sanchez another chance to succeed at Old Trafford’.

Have they? Or have they realised that there is f*** all chance of Inter buying Sanchez – who has scored one goal in seven games in Italy – and equally f*** all chance of any other club paying a significant portion of the Chilean’s mammoth wages?

‘United bosses will hand the Chilean flop an olive branch by recalling him from Inter Milan in June.’

Those are literally the terms of the loan deal.

‘Executive vice-chairman Ed Woodward has told Sanchez and his agents he will not be allowed to make his loan move to Inter permanent – or join another club.’

Chop house
That Alexis Sanchez exclusive was penned by Jeremy Cross, who is the Daily Star’s main football man. But as the Mirror and the Star are now part of the same stable, they share resources.

Perhaps somebody should inform Mirror website man Hassan Rashed, who does a chop-and-shop version of Cross’ story in which he writes that ‘Manchester United are set to give on-loan forward Alexis Sanchez another chance to prove himself at the club, according to reports’.

It’s literally an exclusive on the back page of your own newspaper, fella.

Narrative bark
Closer to the truth is the version on ESPN which notes that ‘while United remain open to offers, they will not sanction a cut-price exit to get him off the books’ and ‘Ole Gunnar Solskjaer has been told it is likely he will have to include the former Barcelona man in his plans’.

So when Ole Gunnar Solskjaer smiled as he mentioned Sanchez in Tuesday morning’s press conference and said that Sanchez would return to prove “youse all wrong” (adopting a Scottish accent is clearly his latest attempt at harnessing nostalgia), we smiled too. He literally has no choice. Watch the video here:

…and let us know if you think he ‘barked’ (Daily Star) or if he ‘boldly predicted’ (Metro) success from Alexis Sanchez, or whether that is just the face of a man who is resigned to his fate.

Circles in the Sander
While the Manchester United press corps were gathering at Carrington, Manchester United Twitter was sent into meltdown by Manchester Evening News man and Disney fan Samuel Luckhurst tweeting that Sander Berge had arrived for a medical.

This was enough to spark a whole raft of headlines, including:

Now some confusion as to whether it was Sander Berge (!). But eyewitnesses said a player had been driven in for a ‘medical’. #mufc

A player has been pictured driving into Carrington and eyewitnesses said he was waved through for a ‘player medical’. Player looks a bit like Sander Berge but is apparently not him. Apologies for earlier confusion/chaos.

It turns out Manchester United have a 15-year-old goalkeeper who ‘looks a bit like Sander Berge’. And the Manchester Evening News have a muppet.

Mbappe to Liverpool is go…
Mediawatch is never not amused by what newspaper websites are more than willing to peddle in the pursuit of precious clicks that will never actually reach the actual newspaper because the print editors recognise that red-hot content as being absolute twaddle.

Thus, there is no mention in The Sun on Tuesday morning that Liverpool could be about to break the world transfer record, which is odd because their website confidently declared on Monday afternoon that ‘KYLIAN MBAPPE is ready to ditch Paris St-Germain and make a move to Liverpool’.

(If Liverpool pay £253m (or £295m with bonuses), PSG accept that offer, Liverpool can match his wages and his dream club Real Madrid are not willing to match those terms).

Black and white
Elsewhere on The Sun website, they speculate ‘How Newcastle could line up under Rafa Benitez with Koulibaly and Sancho after Saudi takeover of club’.

It’s never quite explained why £100m-rated Sancho would give up European football with Borussia Dortmund to play for Newcastle. Or indeed why Newcastle – with a £200m transfer budget – would still be playing DeAndre Yedlin at right-back.

Spend, spend, spend
In the Daily Mirror, Stan Collymore is busy telling Manchester City fans how to spend their money – in his COLLYWOBBLER section – writing that ‘they dined on tripe for years and now it’s caviar they are munching on, yet they still don’t always fill the place’.

Pesky fact: The FA Cup home clash with Fulham was their 18th home game of the season and their 19th – against Manchester United in the Carabao Cup – will take place just three days later.

Pissy opinion: Those blessed with money are on really dodgy ground telling those without how to spend theirs.

How this sh* works
Football Italia, January 27: ‘Juventus midfielder Emre Can is on the verge of a transfer to Borussia Dortmund for €25m, claims multiple sources. The German international also had proposals from Everton and Bayern Munich, but wanted regular playing time.’