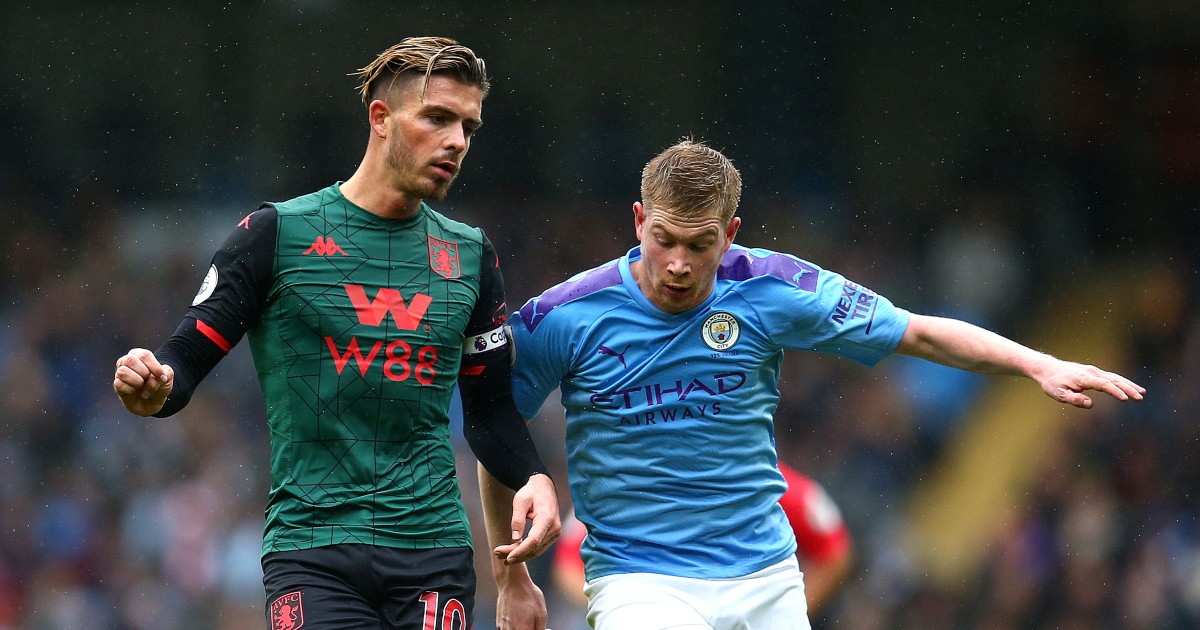 Greal estate
Mediawatch understands that finer contract details in football are difficult to report with absolute accuracy. But this is still pretty funny…

‘The Aston Villa skipper, 25, flew north last night to seal his British-record move and will have a medical this morning, before signing a deal worth over £200,000 per week’ – Martin Blackburn, The Sun, August 5.

‘The England playmaker, 25, last night signed a SIX-YEAR deal with Manchester City worth around £230,000 per week…’ – Martin Blackburn, The Sun, August 6.

‘Grealish has signed a six-year deal worth £300,000 a week after passing a medical at the Etihad’ – Jeremy Cross, Daily Mirror, August 6.

…and from ‘a five-year deal’ to ‘a six-year deal’, all in the space of a day. That is some mighty fine negotiating. And there is still a ridiculous level of discrepancy in those reported wages.

Clause out
Man Utd will be devastated at the Grealish news, particularly the part where chief executive officer Christian Purslow explained the stance Aston Villa took when improving the player’s contract last summer and inserting “a so-called release clause” that allowed him to negotiate with certain clubs.

The Daily Mirror website believes ‘Aston Villa contract clause proves Man Utd missed out on Jack Grealish transfer’. This despite the fact they hadn’t been seriously linked to Grealish for well over a year.

‘Aston Villa chief executive Christian Purslow has confirmed that an agreement was in place which allowed Jack Grealish to negotiate with any team in the Champions League.

‘While United weren’t explicitly named as one of the clubs chasing him, the fact they find themselves in the Champions League mean they were one of only four that could have triggered the clause.’

One of only four in the Premier League, yes. Any club across Europe in the Champions League could also have activated it. But does Aston Villa contract clause not therefore prove Liverpool and Chelsea missed out on Jack Grealish transfer? They were just as interested in him as Man Utd this summer.

Line ’em up
The Sun website is positively bursting at the seams with excitement at the most expensive Premier League signing ever. That, along with the Lionel Messi developments, give them an excuse to wheel out their favourite feature: an incredibly speculative and unrealistic ‘How Man City could line up with Lionel Messi, Harry Kane and Jack Grealish if they make transfers for unstoppable team’.

Leaving aside the difficulties Manchester City might have financing two British record transfers and the wages of someone whose last contract was reported by some to be worth around £1million a week, all in the space of one summer, this is brilliant.

‘Such is the attacking nature of this line-up that Kevin De Bruyne and Ilkay Gundogan could be the sitting midfielders.’

‘New-boy Jack Grealish could partner his England mate Phil Foden ahead of that pair, with Raheem Sterling on one flank and Barcelona legend Lionel Messi on the other.’

‘Then up top would be lethal frontman Harry Kane – with just the £160m fee reportedly sought by Spurs stopping that happening.’

Ah, ‘just the £160m fee’ getting in the way of that deal. A slight snag, if you will. Hopefully Manchester City overcome that so they can definitely, absolutely, without a doubt field this team:

We need to talk about Kevin
But Grealish, Kane and Messi will obviously not all rock up at Manchester City this summer. Not unless an abundance of squad players are sold first, which is where the Daily Express website comes in. They promise ‘6 players Man City could sell to fund Jack Grealish, Harry Kane and Lionel Messi transfers’.

They suggest Raheem Sterling could be offloaded after a phenomenal Euros. They say 30-year-old Riyad Mahrez would be expendable. They echo the idea that Bernardo Silva might be sold. Gabriel Jesus and Aymeric Laporte are also tipped to make way.

Sell five players to bring in £291m. That would certainly go some way to covering the expense of three costly signings. But who is the sixth man?

It’s obviously Kevin De Bruyne. You see, ‘City actually won seven games in a row when De Bruyne was sidelined by a hamstring injury in January and February this year – proving they have the talent to cope without their talisman.’

Time to sack him off then. City beat West Brom, Sheffield United, Burnley, Liverpool, Tottenham, Cheltenham and Swansea without him this winter, after all.

Running shorts
The accepted wisdom is that only a precious few clubs could hope to afford Messi’s wages. Liverpool will not be among that group. But the Echo are not about to let that stop them:

Can 11th favourites ever be considered in the ‘transfer running’? And that is being generous when ‘Any MLS club’ is listed ahead of them on Oddschecker.

Messi is a 25/1 shot to join Liverpool. You can get 50s on Leeds and Everton or 75s on Newcastle. They are all as likely as each other.

Day Tripp
‘MANCHESTER UNITED are not giving up on signing Kieran Trippier – despite Atletico Madrid refusing to budge over the £34million fee’ – The Sun website.

‘SunSport reported exclusively that the ex-Tottenham man was in talks to buy England pal Raheem Sterling’s £3m Cheshire mansion in July ahead of a potential return to the North West.’

SunSport also reported exclusively on July 15 that Trippier’s move to Man Utd was ‘all but done’ as ‘a transfer worth £18m is in the final stages’. What happened?