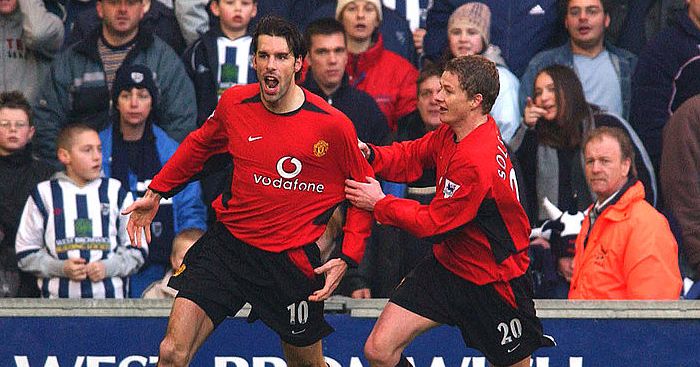 ‘Not even under David Moyes, sacked after 10 months were United this bad.’ A lot has changed in two months for Man Utd.

The revolution will be emphasised
After the MailOnline informed us on Thursday afternoon Ole Gunnar Solskjaer ‘really HAS transformed’ a team that he took over in sixth and currently has fifth in the Premier League, the Daily Mirror are here to drive the point home.

You see, it’s the one-year anniversary of Solsksjaer’s permanent appointment as manager, so it’s time to reflect on what a roaring success it has all been.

And David McDonnell sounds positively convinced when telling us ‘Ed Woodward would appear to have finally got it right’.

The main difference, it seems, is that Solskjaer is not Jose Mourinho. Which is irrefutable. His ‘willingness to always put the club before his own interests’ is ‘in complete contrast to his predecessor’. That is impossible to argue.

But suggesting Man Utd ‘seemed to have hit upon the right formula’ before the league suspension, and that ‘Solskjaer has it right on almost every call’, is a bit much.

The recent 11-game unbeaten run has been great, with wins over Manchester City and Chelsea, nine clean sheets and the impact of Bruno Fernandes clear to see. But let’s not forget Watford away. Or Arsenal away. Or Burnley at home.

McDonnell himself should remember that last game, when ‘mutiny filled the air at Old Trafford’ after an ‘abject defeat’.

‘Not even under David Moyes, sacked after 10 months were United this bad,’ he wrote then.

Now? ‘He can take United back to somewhere near their glorious past under Ferguson.’

‘Regression has set in at United, the great swathes of empty red seats, long before the final whistle, saying everything about the current state of the 20-time champions and their spectacular fall from grace,’ he wrote then.

Now? ‘Solskjaer has given United fans their club back’.

‘A season of unremitting mediocrity’ has given way to ‘genuine hope of emerging from the bleak post-Ferguson period into a bright new era of success’ within two months. It’s an incredible turnaround.

Therein lies the problem with the journalistic insistence to ignore any semblance of a middle ground: Man Utd were never as bad as everyone pretended at their worst, nor nearly as good as anyone seems to be believe at their best. They are still 5th, still closer to 11th than 3rd, have still won a game more than Burnley and lost more often than Sheffield United and Arsenal.

It is possible to think Solskjaer is doing a decent job, has made huge progress since even January and is a far better fit than Mourinho without claiming we are in the midst of a ‘revolution’ just because he is playing Brandon Williams quite a lot and eventually coaxed some great performances out of Anthony Martial, having sold Romelu Lukaku without bringing in a replacement.

They’re still three points behind a Chelsea team that have faced more obstacles, and no-one is suggesting we have seen enough to seriously state Frank Lampard ‘can take them back to somewhere near their glorious past’.

Ruud health
Mind you, it is little surprise that Man Utd are so f**king brilliant when they have ‘their new Ruud van Nistelrooy’.

A reminder now that he scored 150 goals in 219 games for Man Utd. He was pretty bloody great. And Odion Ighalo, as lovely as he is, is not even on vaguely the same level.

Except the Manchester Evening News, for it is obviously them, believe Ighalo ‘can now carry out a similar task’ to Van Nistelrooy in ‘carrying United’s attack’ during a transition period.

Van Nistelrooy certainly ‘helped [Wayne] Rooney and [Cristiano] Ronaldo develop their own goal-scoring prowess before moving on’ in 2006. And Ighalo might well ‘take some of the burden for goals’ off Marcus Rashford, Anthony Martial and Mason Greenwood.

But come on. There is no comparison between a Golden Boot winner signed at 24 for £19m and a stop-gap brought in at 30 initially for a few months on loan.

How can they possibly ‘have a similar effect’ when Van Nistelrooy was a regular starter right up until he left, while Ighalo is yet to start a Premier League game?

Change of Tak
Elsewhere, on the Daily Mirror website:

This sounds juicy. You don’t use ‘admission’ or ‘conduct’ in a positive sense, only when discussing something scandalous or improper.

So take it away, Salzburg head coach Jesse Marsch:

“Taki made it clear at the beginning of the talks in November that he would like to leave in winter.”

“He wanted to make sure that he behaved best in the rest of his time in Salzburg.”

It sounds an awful lot like he was a consummate professional. Which is hardly befitting of a headline teasing some sort of ‘admission’ over ‘conduct’.

Is it a bit sh*t? Absolutely. Is it top of the Mirror website’s MOST READ section? Obviously. Is that damning? Oh yes.

Echo chamber
The Liverpool Echo largely ignore suggestions in The Athletic that there is a ‘growing appetite for Premier League season to be abandoned on moral grounds’ (seriously, it’s not anywhere prominent on their home page, if at all). But they do delight in bringing us some old Jose Mourinho quotes.

And now back to the Echo: ‘Just two more wins is all it will take once football resumes and Mourinho, as he will probably point out himself, will once again have been proven right.’

Yep, Mourinho really stuck his neck out by predicting a team with an eight-point lead after 12 games, nine ahead of the fourth-placed City side they had just beaten, to win the league. Everyone else was saying a Liverpool team that had won 11 of their opening 12 matches would fall away eventually.

Let’s just hope the Echo are justified in ignoring the possible abandonment of the entire season, just so he can ‘once again have been proven right’.