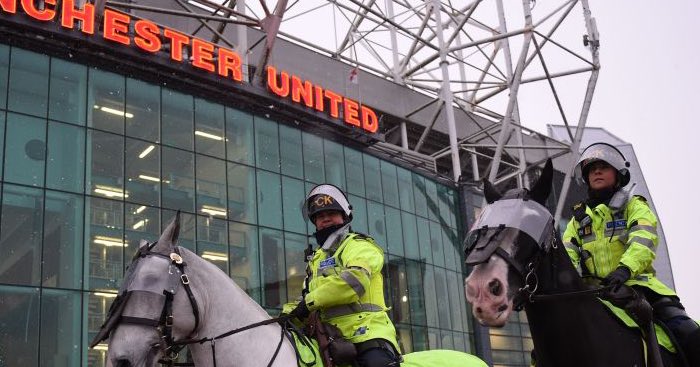 Ole, Ole, Ole, Ole…
Tuesday’s Mediawatch detailed The Sun’s back-page exclusive that Ole Gunnar Solskjaer ‘made it clear how precarious his position was’ by informing his players that defeats to Tottenham and Manchester City this week will see him sacked, despite the admission much, much later in the piece that ‘executive vice-chairman Ed Woodward has made it clear he will stick with Solskjaer no matter what as they embark on a rebuilding programme based on academy products’.

Solskjaer was asked directly about that Sun back-page story in his press conference and left everybody in no doubt about its veracity.

“I’m good, absolutely no problem, sometimes you laugh when you read stories about what I’ve said, but at least I know the sources are not sources and are just made up, blatant lies.”

The co-writer of that exclusive – Neil Custis – was in that press conference but bizarrely does not mention Solskjaer’s comments in any of his copy, while a video of the Manchester United manager’s reaction appeared but then mysteriously disappeared from The Sun website. This video:

What remains on The Sun is a headline of ‘Under-fire Solskjaer rallies Man Utd flops for crucial next two games against Spurs and City as he fears the sack’.

But a clue about Solskjaer’s actual comments remain in the page’s URL: https://www.thesun.co.uk/sport/football/10472112/solskjaer-not-worried-about-man-utd-sack/

Can you be simultaneously fearful and yet ‘not worried’?

Beautiful South
You will read a lot of headlines today about Gareth Southgate becoming the next manager of Manchester United but Mediawatch is keen to look beyond the headlines at the original source.

And the source is The Sun‘s Martin Lipton, who exclusively brings us the story. The problem? The exclusive story he is bringing us is actually 13 years old and concerns Manchester United voting against Southgate being able to manage Middlesbrough without the right coaching badges in 2006.

But he needs a hook for that story in 2019 so he writes that ‘MANCHESTER UNITED could turn to England boss Gareth Southgate to replace Ole Gunnar Solskjaer after previously blocking the Three Lions gaffer’s route into management’.

The disclaimers continue into the second paragraph as Lipton writes: ‘Southgate may emerge as an option for United if they decide to get rid of struggling Solskjaer at the end of the season.’

At no point does he write that Manchester United actually want Southgate. Indeed, the odds included in the article suggest that his appointment is actually a 33/1 shot.

But this is 2019 so here are the headlines that cascade from that original story:

Already the ‘could’ and the ‘may’ have disappeared.

‘Man Utd could turn to Gareth Southgate – but Sir Alex Ferguson past may cause problem’ – Daily Star.

The ‘could’ is back, but now a whole new problem has appeared.

Ah, the motherlode. We say farewell once again to the ‘could’ and the ‘may’ and now there is literally only one thing between Southgate and a Manchester United job that has not and likely will never be offered.

Fashionably late
Mediawatch is not entirely sure how the Daily Mirror’s John Cross can claim an ‘EXCLUSIVE’ on his story that ‘ARSENAL are set to miss out on their No. 1 managerial candidate Brendan Rodgers’ when the man himself literally said on Sunday that he was not interested in moving to Arsenal.

And then on Monday in the Athletic, David Ornstein literally wrote these words:

‘Links between Arsenal and Brendan Rodgers persist, too. Sources are aware of his desire to at some stage lead one of the so-called ‘top six’ clubs again following his spell with Liverpool, but The Athletic has been told he will not be leaving Leicester City – currently riding high in second place in the Premier League – for now.

‘While Arsenal did consider Rodgers in 2018, the then-Celtic boss was not interviewed because of doubts over whether his personality and stature were right for them at that moment in time. It is thought the Northern Irishman is back in their thoughts and that tentative enquiries have been made, only for a clear message to be relayed that Rodgers is happy and going nowhere.’

‘Arsenal are set to miss out on their No1 managerial candidate Brendan Rodgers.

‘The club fear they will not be able to lure Rodgers away from Leicester City despite the former Liverpool boss having a £14m get-out clause in his contract.

‘Rodgers has a long standing admiration of Arsenal but, after taking soundings, they believe the timing is wrong and that they will not be able to get him.’

…is more than a tad cheeky. Some of us have (a friend with) a subscription.

Conceivable
We know that at least one person at the Mirror reads The Athletic because a throw-away line on Monday from Laurie Whitwell (‘It is also conceivable that a deal for Eriksen could be arranged which involved Nemanja Matic moving the other way’) became a headline of ‘Transfer news LIVE: Man Utd could offer Matic to Spurs as part of Eriksen deal’ on Wednesday morning.

It’s all about you…
Mediawatch is trying to stay away from the propaganda of Liverpool.com because it has now gone way beyond parody, but then we saw this monstrosity…

Losing my religion
Over at The Sun, we read that ‘JURGEN KLOPP knows it may only be by the grace of God that he is not in Marco Silva’s position’.

First of all, he does not know (or say) anything of the sort.

Secondly, he is not in Marco Silva’s position because he is loads, loads better than Marco Silva.

Thirdly, it really is a pile of lazy, cliched old bollocks.

Recommended reading of the day
Jonathan Liew on Amazon Prime