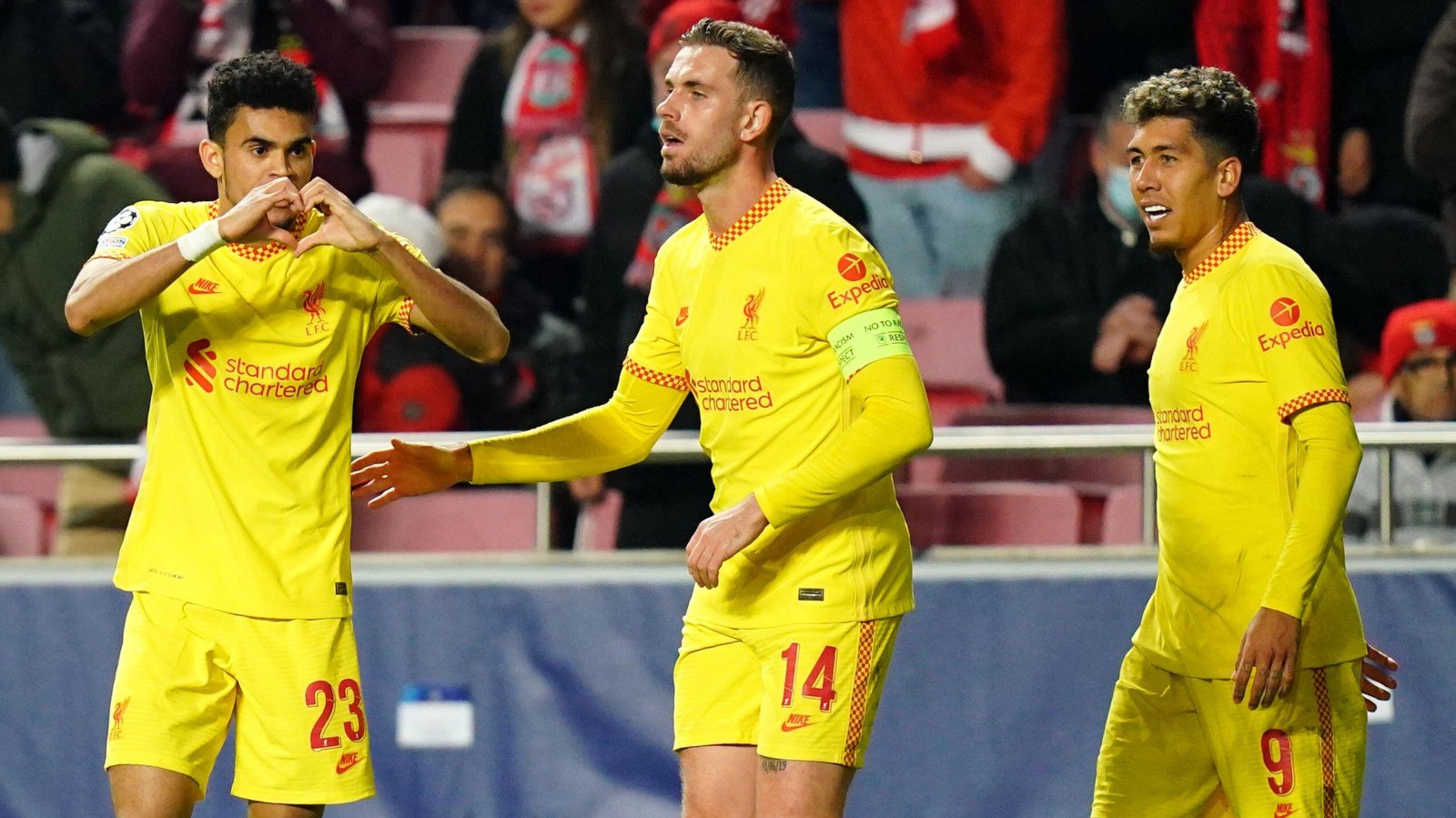 The Treble is not even being discussed because the ‘omens’ are against Man City. And has any January signing ever been as good as Luis Diaz?

Quad tear
Few neutral outlets are quite as invested in Liverpool winning THE QUADRUPLE this season as The Sun and the Daily Mirror. Mediawatch will leave it up to you, dear reader, to figure out why, but the closing paragraphs of their respective match reports are revealing.

‘They will not admit it but the quadruple is still on,’ was Charlie Wyett’s conclusion from the Estadio da Luz.

‘But Luis Diaz silenced the crowd once more when he ran onto Keita’s pass, and Liverpool must believe their quadruple bid is still very much on,’ writes David Maddock.

In summary: it is on. And Liverpool won’t admit it but absolutely must believe it. They have no option other than to be built up for as long as possible so that the crushingly embarrassing prospect of not becoming the first Premier League side to win four trophies in a single season can eventually be used as a stick to beat them with if they do not succeed in making actual history.

It is important to bring this up because the overbearing nature of THE QUADRUPLE has completely eclipsed the possibility of a team winning the Treble. Manchester United’s achievements in the 1998/99 season have been venerated and pored over for decades; one would be forgiven for not realising Manchester City are in pole position to do the same.

Pep Guardiola’s side are the Premier League leaders and host Liverpool in what many regard as the probable title-decider on Sunday. They are in the FA Cup semi-final. They beat Atletico Madrid in the first leg of their Champions League quarter-final. Yet not a single mention of THE TREBLE is made in The Sun or the Daily Mirror, never mind any other newspaper.

They lead the Premier League table. They lead their Champions League quarter-final. They are favourites in their FA Cup semi-final. Manchester City are 8/1 to win the Treble. Liverpool are 20/1 to complete the Quadruple. Why is it only the latter that is on?

Diego, woah
This story from the MailOnline could explain why no-one is bothering to properly acknowledge Manchester City’s Champions League chances:

Well sh*t. Chuck it in now, Pep. Focus on the Premier League and FA Cup. You’re a decent coach but no amount of juego de posición can counteract ‘omens’.

And these ‘omens’ really are daunting. The article details how Atletico Madrid have lost the first leg of a Champions League tie by one goal a whole two times: against Bayer Leverkusen in 2015 and Barcelona in 2016. Simeone and his players are basically through.

It must have been a different Atletico Madrid that were knocked out in the round of 16 by Chelsea last season, being beaten 1-0 in the first leg and 2-0 in the second, because Simeone’s side have NEVER lost a Champions League tie after losing the first leg by one goal.

Luis change
Wyett, after describing some ‘unbelievably-bad defending’ from Benfica with the use of some unbelievably-bad hyphens, makes a very curious claim about the impressive Luis Diaz:

‘What a brilliant signing he has been since arriving in January and it is unheard of to see a player adjust to the Premier League in the middle of the season so quickly.’

Pierre-Emerick Aubameyang scored 10 goals and assisted four in 13 Premier League games for Arsenal between his January arrival and the end of that season.

Aymeric Laporte joined Manchester City in the same winter transfer window and won all nine of his Premier League games to the end of the campaign at an aggregate score of 28-5.

Bruno Fernandes was named Manchester United’s Player of the Year and won the Premier League Player of the Month award in February and June 2020 after moving to Old Trafford that January, scoring eight goals and assisting seven in 15 games.

And that is only from a brief glance at January signings in the Premier League over the past five years. Luis Diaz – three goals and one assist in 13 matches – has been excellent but it is absolutely not ‘unheard of to see a player adjust to the Premier League in the middle of the season so quickly’. Mr. Suarez, who contributed to nine goals in 13 games in a considerably worse Reds team between January and May 2011, might argue that Diaz is not even the quickest South American Luis to adjust to Liverpool in mid-season.

Wyett lines
‘It is funny when you think Mo Salah and Sadio Mane were the deadliest of enemies in a World Cup play-off just a week earlier. But here they were combining brilliantly and could have had a goal each but Konate put them ahead’ – Charlie Wyett, The Sun.

How hilarious that professional footballers can be opponents in international fixtures without it impacting their very successful and fruitful five-year relationship as club teammates in a match seven days later.

Dom squad
Ian Ladyman starts his evisceration of Everton in the Daily Mail by scoffing at Dominic Calvert-Lewin’s ‘fashion photoshoot for GQ Magazine’ and soon moves on to this paragraph on Dele Alli to complete the set:

‘Lampard is understood to have spoken personally to Alli and felt he could get through to him, star to star. The two share the same agent. The player’s arrival at the club in his Rolls-Royce revealed much about his own delusions.’

Nope. It revealed that he has a roadworthy Rolls-Royce.

‘Calvert-Lewin – who Lampard said is looking sharper amid his full recovery from injury – reveals in his GQ interview that he has a positive outlook. “You’ve only got one life,” he says. “That’s one of my mottos. Do what makes you happy.”

‘His club need him to apply that sense of urgency to his football.’

He is their third-highest Premier League goalscorer from 10 starts. Calvert-Lewin could certainly improve but neither he nor his outside interests are even close to Everton’s biggest problems.

“We have to control our emotions and do what we have to do. The referee is there. It is not my job. Jack reacted really well and focused on what we had to do” – Pep Guardiola.

Love a warning that comes in the form of direct praise.