Home Chelsea City ‘helped save football’ and Woodward was bystander 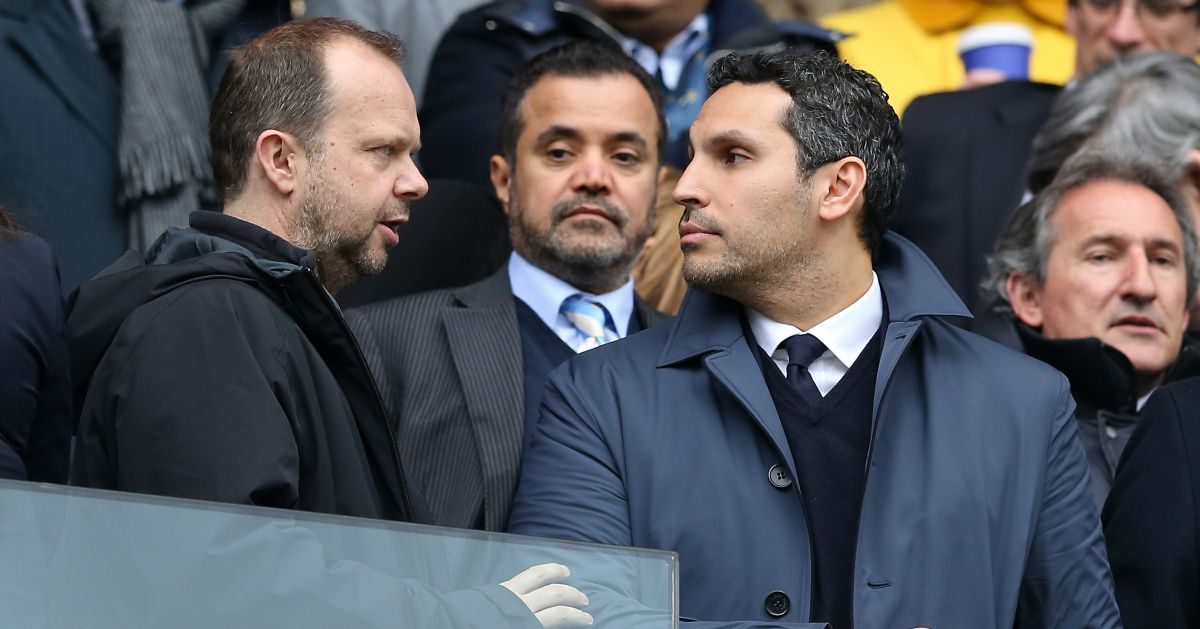 Manchester City ‘helped save English football’. Roman Abramovich’s ‘reputation and legacy will not be tainted’. Ed Woodward was ‘undermined’.

Sportswashing machine
Mediawatch were willing to give Ian Herbert the benefit of the doubt after seeing this MailOnline headline atop his opinion piece:

‘Sheikh Mansour is the unlikely saviour of football. Man City’s owner knows his manager, players and fans don’t want the Super League… His early decision to pull out was the catalyst for this greedy scheme to QUICKLY crumble’

It is an astonishing, baffling and patently ludicrous claim to make. But perhaps his own words have been twisted.

Or maybe that headline does him a favour, because the actual content of the article is somehow so very much worse.

First, he separates Sheikh Mansour from ‘the desultory, avaricious band of money-grabbers plotting their Super League breakaway’ by saying ‘it was never about the money’ for him at Manchester City, where he is ‘still investing’ in the club and area.

Because that makes it absolutely fine that he was willing to lead his club into a breakaway competition that would have p*ssed off fans and potentially threatened the existence of hundreds of clubs.

But Herbert apportions the blame elsewhere:

‘There really always was a suspicion that they were less convinced by the whole sorry show than the thrusting, conniving owners of Manchester United and Liverpool.’

Mediawatch always signs 23-year, multi-billion-pound agreements when they are ‘less convinced’ by something. It is so difficult to resist.

Herbert then claims ‘it will be entirely legitimate’ for City to say that ‘they were bounced into appending their name to the European Super League project on Sunday by a desperate band of hustlers, determined to make their land grab before UEFA laid out their own Champions League expansion plans the following day’.

As Dave Kidd writes in The Sun: ‘From the start, City were privately briefing they were reluctant participants in the scheme. Billionaire sheikhs cast as victims of bullying? Those were weasel words.’

Slick City
Herbert is not done there. He defends Manchester City further by pointing out that the other five Premier League clubs involved ‘have done them no favours’ in trying to uphold their recent European ban, which really is not the compelling argument he thinks it is. Why did they join them in that case?

‘Withdrawing allows City to retain that position that they have been proud to hold this past decade – a club outside football’s restrictive, self-serving Establishment cabal. A cabal which, City have argued relentlessly in that time, deliberately constructed the UEFA Financial Fair Play system to keep out enterprising, imaginative newcomers like them.’

And then to those parodically breathtaking final two paragraphs:

‘As Guardiola has led, so his club have followed. Now watch the whole wretched edifice come crashing down.

‘And Manchester City will genuinely be able to say that they were the ones who helped save English football.’

There are no words. Except four: What. The. Actual. F**k? 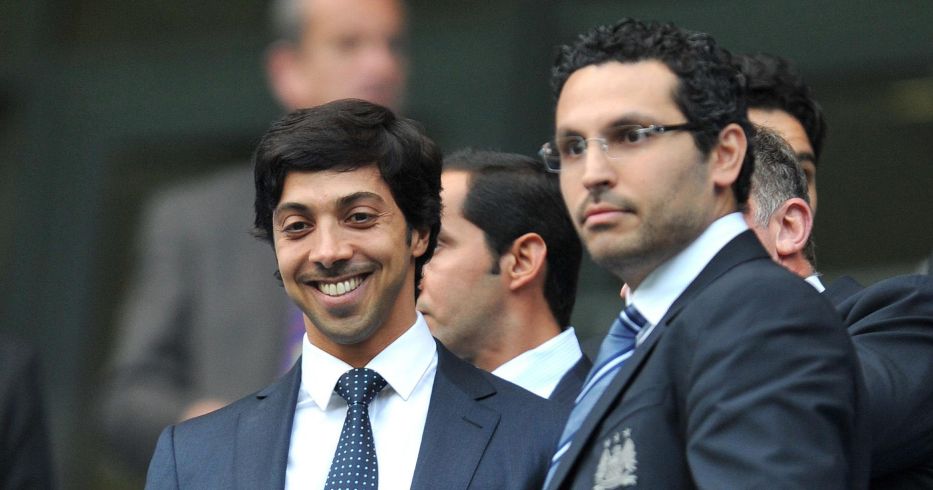 Roman’s land
Matt Law of the Daily Telegraph is another multi-billionaire apologist using his newspaper platform to display soft power.

Chelsea ‘were the last club to reluctantly sign up to the European Super League,’ he writes, ‘and the first to turn their back on it’.

‘By agreeing to go along with the European Super League plan, Abramovich had become part of a group denying others the same opportunity he grasped with both hands and, ultimately, he could not accept that.’

But he did. Chelsea joined the league. They signed the same deal as everyone else. They accepted that. They could have chosen not to. They later backed out but certainly not because Abramovich ‘could not accept’ starving other clubs of similar opportunities.

‘Just as he recognised that he could not stand against the values of competition, Abramovich also recognised that his promotion of community and offers of refuge during the coronavirus pandemic were undermined by the reaction to the ESL by Chelsea fans.’

So it was the supporter backlash? Thought it was because the Russian oligarch ‘had become part of a group denying others the same opportunity he grasped with both hands and, ultimately, he could not accept that’?

‘The fact he was the first to recognise his miscalculation in allowing Chelsea to be swept away with the notion that the club must sign up to the ESL or be left behind has probably ensured Abramovich’s reputation and legacy will not be tainted among the club’s fans. And that is what matters to him most.’

Yep. Course. It sure sounds like Chelsea fans have forgiven and forgotten.

The @ChelseaSTrust board have issued the following statement regarding the #EuropeanSuperLeague

WE DID IT TOGETHER 💙 pic.twitter.com/pPDjgOYBUF

From Russia, with love
Law would be well-advised to read Barney Ronay’s take in The Guardian:

‘As the sun dipped below the roof-line of Stamford Bridge something strange began to happen. The birds flew backwards through the sky, the cats barked, the trees turned a tangerine hue, and Roman Abramovich became, at a stroke, the protector of the people’s game, enemy of the elites, the oligarch of the masses.

‘What world is this we have now entered? How far have we travelled through the looking glass? What powerful hallucinogenic drugs have been administered to lead us in the space of three days to a place where the hordes of football supporters on the Fulham Road can proclaim English football’s original – and most dizzyingly transformative oligarch – as their white knight, tender of the grass roots, pharaoh of pyramid and all the rest of it?’

Silly Barney. Abramovich was bullied into joining and backed out as soon as he could.

Fan the flames
Neil Custis has written a lament to Ed Woodward in The Sun. He essentially absolves the outgoing Manchester United chief executive of any ESL blame by stating that ‘he was never massively in favour of it’, which the actual UEFA president might take umbrage with.

But this paragraph also stood out:

Manchester United supporters famously never criticised any of those managers. That is plane and simple.

Woodward, of course, was not at least partially responsible for hiring each and sacking three of them at great expense. And claiming that he ‘forced the Glazers to get spending big after Ferguson left’ is not the positive you think it is when you consider that Manchester United’s awful recent transfer business has coincided with him being put in charge of it. ‘Spending big’ is not the same as spending well.

Noah’s architect
Custis also claims Woodward ‘actually quit on Monday’ and suggests ‘he may have been undermined by the Glazers as the grab for cash rocked football on Sunday’.

He was yet another innocent bystander, a victim swept away on this unstoppable wave (that was rendered obsolete by fans, media, the government and more within 48 hours of opposition).

Keegan and Chris Wheeler describe him as ‘a key figure in the fiercely controversial plans for the new breakaway league’ elsewhere.

The former JP Morgan employee playing an important role in a new competition financed by JP Morgan? Surely not. Nothing to do with poor old Ed. At least not for one of his long-standing media allies.

Woodward is not to blame for Man Utd shambles… he has been let down by Glazers and managers | @ncustisTheSunhttps://t.co/G2W3d6uh7O