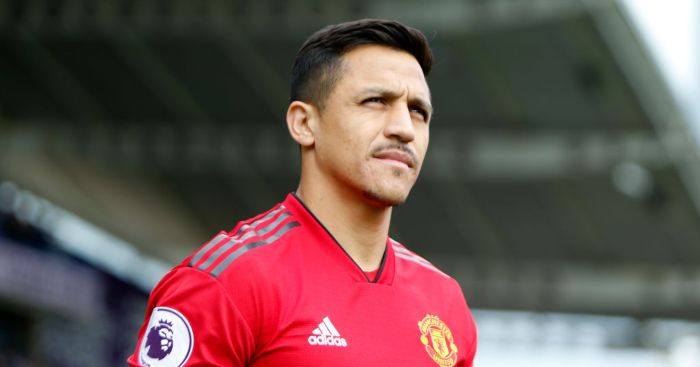 Manchester United should apparently be furious at having to give Alexis Sanchez £9m instead of £50m or so. Poor little sods.

Casualty spoilers
The football lexicon is not equipped to deal with a global pandemic, nor its real-world consequences. It is a world of ‘mercurial’, ‘warchest’ and ‘aplomb’, bizarrely disconnected from ordinary language.

The Sun provide a case in point on Friday.

The Sun reckon an Arsenal player being sold for £30m will make him 'the first high-profile casualty' of a situation in which 55 people will lose their jobs. pic.twitter.com/8pAFG7SbS3

Francis Cagigao was pretty ‘high-profile’. So much so that you referred to him as Arsenal’s ‘top scout’ in a feature dedicated to him on Thursday. And a fair few people have heard of Brian McDermott and Peter Clark.

But ‘casualty’ really is a sticking point here. That cannot possibly ever be the right term to use for a £30m-rated footballer who is guaranteed employment elsewhere, particularly at the start of a sentence which ends with it being pointed out that 55 people at the same company are going to lose their jobs altogether.

Ainsley Maitland-Niles is a ‘casualty’ only in the footballing sense of the word, where players are ‘discarded’ or ‘sacrificed’ every year. In real terms, him being forced to join another Premier League team on a solid wage in search of regular playing time is about as far from a ‘casualty’ as it gets when discussing it in the same breath as redundancies. It’s a small point, but an entirely valid one.

Bizarre rated
John Cross has a similar story in the Daily Mirror. He manages not to paint Maitland-Niles as a victim but does question Arsenal’s ‘bizarre stance’ in deciding he is free to leave.

This is a player that started one of the club’s last 15 Premier League games and ended the season with fewer appearances in all competitions than Matteo Guendouzi. Arsenal’s ‘FA Cup final hero’ – his two goals were a particular highlight – is hardly a guaranteed starter being sold for £5m.

No, rather Arsenal have taken the decision to make a valuable but not indispensable player with a decent length of his contract remaining ‘available for transfer’ at a reported £30m. They are ‘open to a sale’ at a time of obvious financial difficulty, not letting him go for nothing.

Of course, it must look more ‘bizarre’ if the player being potentially sold gave you an in-depth interview recently and you want to keep them on side. That makes sense.

Rash decision
‘You can explain the financial intricacies to your heart’s content,’ begins Andy Dunn in the Daily Mirror.

‘You can tell everyone that footballers are merely the equivalent of film stars, that they pay billions in tax, they they lift the spirits of a nation.

‘You can talk about going rates, about TV deals.

‘And you would be absolutely right if you pointed out football clubs and players seem to be held to far greater moral account than other big businesses and big earners.

‘But the bottom line is the financial figures, the wages and the transfer fees, jar. Badly.

It is an otherwise great article that highlights many fair points. But holding Marcus Rashford up as an arbiter for good ‘in these troubling times’ and using Jadon Sancho as an example of football’s frivolous finances is just a bit weird when you consider the former does and probably still will earn more than the latter after this summer, not that it matters.

‘United were believed to be happy with their piece of business with Sanchez set to have earned around £50m from the remainder of his contract – which had nearly two years left to run’ – The Sun‘s fourth paragraph.

Unless you are referring to the £41m or so Manchester United have saved as ‘staggering’, that really is the wrong term to use for the only cost-efficient Alexis Sanchez decision they have ever made.

Clap along if you feel like a room without a roof
The MailOnline‘s take is equally strange:

‘REVEALED: Alexis Sanchez collected a £9MILLION pay off from Manchester United to secure his exit to Inter Milan… but the club were still happy with the outcome after clearing flop’s £560,000-a-week salary off wage bill’

BREAKING NEWS: Club ‘still happy’ about managing to save up to £40m. Whatever next?

Lingard too long
This could be the most disappointing headline in Manchester United history:

You have our attention, Manchester Evening News. Is it Jack Grealish? Maybe Diogo Jota? Both have been linked. Dwight McNeil? Oh, do tell us…

It is indeed the same player Samuel Luckhurst wrote this of in June:

‘The man who could do no wrong could do no right at Norwich, where Bruno Fernandes was brought down to the levels of Jesse Lingard and Juan Mata.’

And, even better, this in May:

‘Lingard’s only starts since have come in the cup ties at Club Brugge and Derby County – certain signs of a player’s small-fry status – and he was nowhere to be seen in Linz. Nobody asked why.’

From ‘small-fry’ whose absence went unquestioned three months ago, to someone who ‘brought down’ Bruno Fernandes to his level two months ago, to possible back-up option in position he has barely played in, never mind excelled at, before.

All this because he did well for about 50 minutes on the left against the fourth-best team in Austria. Really?

With said ‘huge amount’ being considerably less than the remaining salary he was due on his contract. It’s not quite ‘staggering’ or claiming Manchester United are ‘still happy’, to be fair.

Recommended reading of the day
Jonathan Wilson on Zinedine Zidane and Real Madrid.