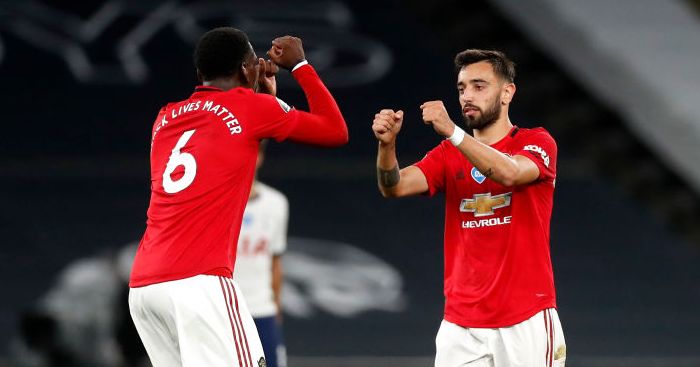 A relegation fight was ‘perfectly possible’ in October. By July, Manchester United fans are ‘misty-eyed about the days of yore.’

‘Ole Gunnar Solskjaer could be building something special’ – Charlie Wyett, The Sun.

Manchester United have won one more Premier League game than Burnley and lost exactly as many as Arsenal this season.

Seagull counsel
Manchester United did indeed beat Brighton 3-0 on Tuesday. They were great. They have been for a few months.

But football journalism is a constant struggle with nuance: teams are either brilliant or terrible. Grey area does not exist. Middle ground is not a thing.

Which brings us neatly to Charlie Wyett, who uses the word ‘outstanding’ three times in his match report for The Sun. And ‘brilliant’ and ‘incredible’ twice, as well as ‘remarkable’, ‘stunning’ and ‘terrific’ once each.

They beat the team in 15th to rise to fifth, two points behind a transitional Chelsea side having played a game more. As good as they have been recently, praise surely has to be at least somewhat tempered in the context of this being a great 15-game run in an otherwise difficult season.

Wyett himself said United ‘should sack’ Solskjaer in October. Opinions should obviously change if the circumstances dictate, but do we really have to flip-flop so ridiculously from one extreme to the other? Are they back to square one when they next lose?

Perhaps Wyett calms himself down a little by his final paragraph…

‘It seems the fans have got their Manchester United back.’

Cust a move
That theme is continued by Neil Custis.

‘It was a quick move from back to front that would have had United fans misty-eyed about days of yore.

‘Days that they might just be starting to see again.’

It is six months since they lost to all of Arsenal, Manchester City, Liverpool and Burnley in the space of three weeks.

It is also nine months since Custis wrote these two sentences:

‘I personally think Solskjaer should be given at least another two transfer windows to build his team.

‘That is unless of course the club finds itself in a relegation battle – which is perfectly possible.’

From a ‘perfectly possible’ relegation battle to a return to the glory days in the time it takes to create a child, who they can then employ to write for the nation’s (former) best-selling newspaper.

Attitude error
But what thoughts did Custis have on “the most disliked Manchester United player of all time”,  whose Old Trafford career was ‘over’ in January?

‘Paul Pogba had slid into the wings with injury, poor form and attitude as he sought a ‘new challenge’ yet even he looks interested now.

‘As a World Cup winner and the club’s highest paid player the attention will always be there.’

Drop the ‘attitude’ and ‘even he looks interested’ shtick and accept you might just have called that one wrong.

‘MASON GREENWOOD is in the perfect position to become a superstar.

‘Right now there is no spotlight on Man Utd’s 18-year-old ace.’

A reminder that Erling Haaland is 15 months older – and obviously better – than the ‘best young striker in Europe’. Is Kylian Mbappe considered ‘old’ now?

Home and away
‘This was the type of brutal away victory which United fans have been dying to see, particularly away from home where they have still not been very good, despite an overall improvement in results’ – Charlie Wyett, The Sun.

As opposed to a brutal away victory which United fans have been dying to see, particularly at home?

There is no such thing. And if there is, ‘It’s possible to love both of these super human footballers. Enjoy them both,’ certainly isn’t it.

Record collector
The Daily Mirror website also gets a little carried away on Wednesday:

Liverpool spending less money in a title-winning season than every champion since 2011 is not breaking a ‘nine-year transfer record’. It is a vaguely interesting but ultimately meaningless quirk.

Manchester City will LEARN their European fate on July 13. From ⁦@MikeKeegan_DM⁩ https://t.co/4zv6zoNlD2

Why are we SHOUTING?

How will Liverpool overcome the blow of missing out on Hwang Hee-chan, who they were most recently said to have ‘monitored’ in December before signing then-teammate Takumi Minamino?

Recommended reading of the day
David Squires on Liverpool’s title.