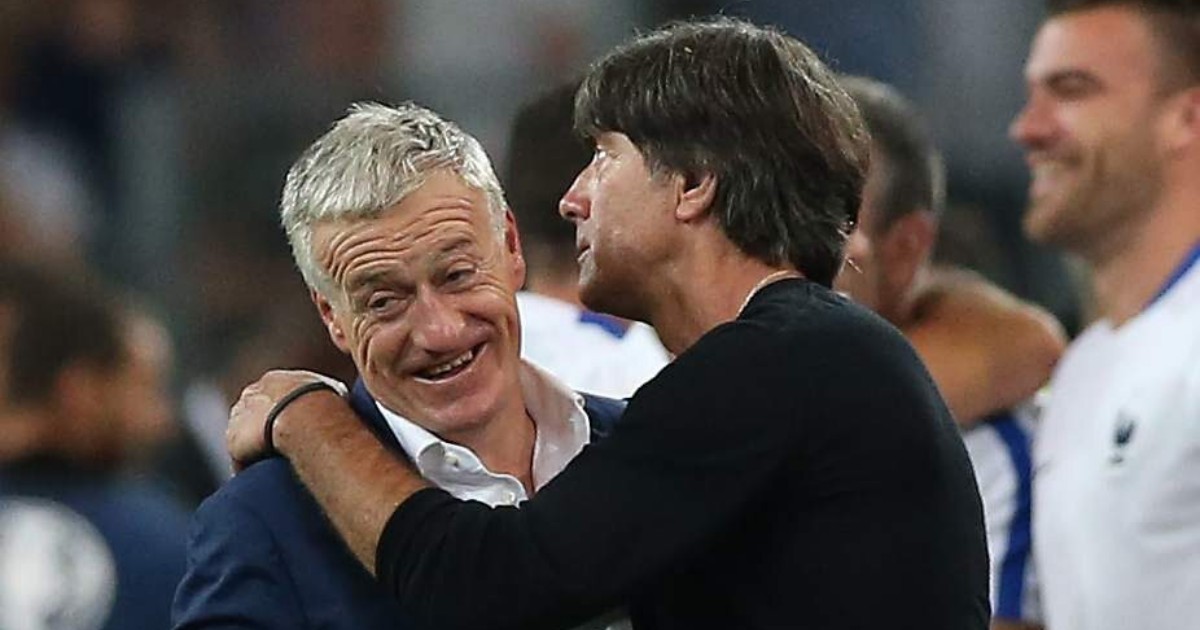 Zinedine Zidane, Brendan Rodgers and Mauricio Pochettino are ruled out of the Manchester United running for three international managers.

Sol searching
The big news is that Mark Irwin of The Sun believes Manchester United should sack Ole Gunnar Solskjaer.

The bad news is that ‘no one at United wants to be known as the man who killed Bambi’.

The breaking news is that Mark Irwin has never watched Bambi.

The baffling news is that some people are still writing about incredibly well-remunerated Premier League managers, whose roles are in doubt because of underperformance and unsuitability, as victimised Disney characters.

Did we learn nothing from Bambi Lampard?

South of the border
Irwin’s argument is that Manchester United have let ‘a series of elite managers…slip through their fingers over the past five years’.

Can’t argue with that. Jurgen Klopp. Pep Guardiola. Thomas Tuchel. Mauricio Pochettino. Antonio Conte. Manchester United have been linked with all of them since 2016, with each available at least once in that timeframe.

‘Now they are in danger of missing out on another as the Football Association prepares to hand a new contract to Gareth Southgate.’

Now Mediawatch is a massive fan of Southgate and his work for England. But international management is considerably different to coaching at club level, where the 51-year-old’s only role thus far ended in dropping to the Championship with Middlesbrough. ‘Elite’ is generous in that sense.

Here’s an idea: Manchester United should try and employ a manager that hasn’t been relegated to the second tier in recent times.

‘The England boss might not be everyone’s idea of a big-time signing.

‘But how many other current coaches in world football have taken a team to the World Cup semi-finals and a European Championship final and worked harmoniously with a superstar squad?’

Well if that is the strangely specific criteria that one of the biggest clubs in the world sets for their new manager then yes, #SouthgateIn.

Mind you, Didier Deschamps has won a World Cup and reached a European Championship final and worked harmoniously with a superstar squad. Hell, Joachim Low won the World Cup, reached another semi-final and made at least the last four of three consecutives Euros.

The columns arguing Manchester United should appoint them will certainly be worth reading.

Irwin rules out Zinedine Zidane on the basis of his ‘obvious reluctance’. Brendan Rodgers would cost ‘an absolute fortune’. Mauricio Pochettino ‘came second in a one-horse race last season’. So it’s down to Deschamps, Low and, obviously, Southgate.

The only thing anyone has to do here is repeat Irwin’s own first paragraph:

‘FOR the self-proclaimed biggest club in the world, Manchester United seem curiously happy to settle for second best.’

Indeed. So why not go all out to get a European Championship runner-up and World Cup semi-finalist who hasn’t worked in club football since 2009?

‘Ard knock life
‘Steven Gerrard insists he’s not scared of Jurgen Klopp or Pep Guardiola and will prove he’s ‘right man for Villa job’,’ is the headline on The Sun website from a press conference in which Jurgen Klopp was mentioned a couple of times with regards to his Liverpool future and dog walking, with Pep Guardiola not named once.

Steven Gerrard did make the mistake of saying “fearless” a couple of times, though, so fair cop.

New rules
Further down that story is the following line:

‘Gerrard – who has overseen some bizarre rules already at Villa – made clear he does not see the club as a stepping stone to managing Liverpool one day.’

These ‘bizarre rules’ have passed us by. Has he banned the word ‘Liverpool’? Has he had a slip and slide installed and insisted everyone must use it each morning? Has he done that stupid Xavi thing and said everyone must be 17 hours early for training each day?

Handily enough, there is a link, a *click* and…

How banal bizarre! Literally no manager has ever done such a thing.

Now keep your media lockdown, you lose
Mediawatch will never tire of football journalists using their privileged platform in newspapers as a vehicle to air their frustrations about the remarkably First World problems posed by their jobs. The only people who could possibly care about such trivialities are those who write about them.

Apropos of nothing, John Cross is here in the Daily Mirror, reporting on this incredibly important story:

The nation breathes a collective sigh of relief.

‘They sent out an email to all clubs on Monday evening advising them they can now hold in-person pre-match press conferences. Pitchside mixed zones and media lounges will also be reopened.’

It really is an early Christmas present for absolutely everybody and not just a specific and very small group of people.

‘Effectively there has been a media lockdown since football first shut down in March 2020 due to the pandemic.’

There sure hasn’t. Journalists just haven’t been able to rock up to every single press conference like they used to. But they were still able to go to games while fans were not in attendance, and indeed do every other aspect of their roles during this apparent ‘media lockdown’.

‘The Premier League have been cautious, but it is hard to justify when players and managers can mix freely outside of stadiums and training grounds.’

It’s even harder to justify this being the lead story in a column from someone with ‘his ear to the ground and his finger on the pulse’.

Earn your Spurs
Samuel Luckhurst is absolutely right in saying that Manchester United should have sold Jesse Lingard in the summer, with their failure to do so evidence of ‘the club’s broken structure’.

He adds, in the Manchester Evening News, that £25m would have been a fair price, particularly considering Daniel James was sold to Leeds for as much.

But this line really does stick out:

‘A savvy club suit, like Daniel Levy, would have waited it out and eventually got the desired fee.’

Tottenham fans might have something to say about that. And Harry Kane.