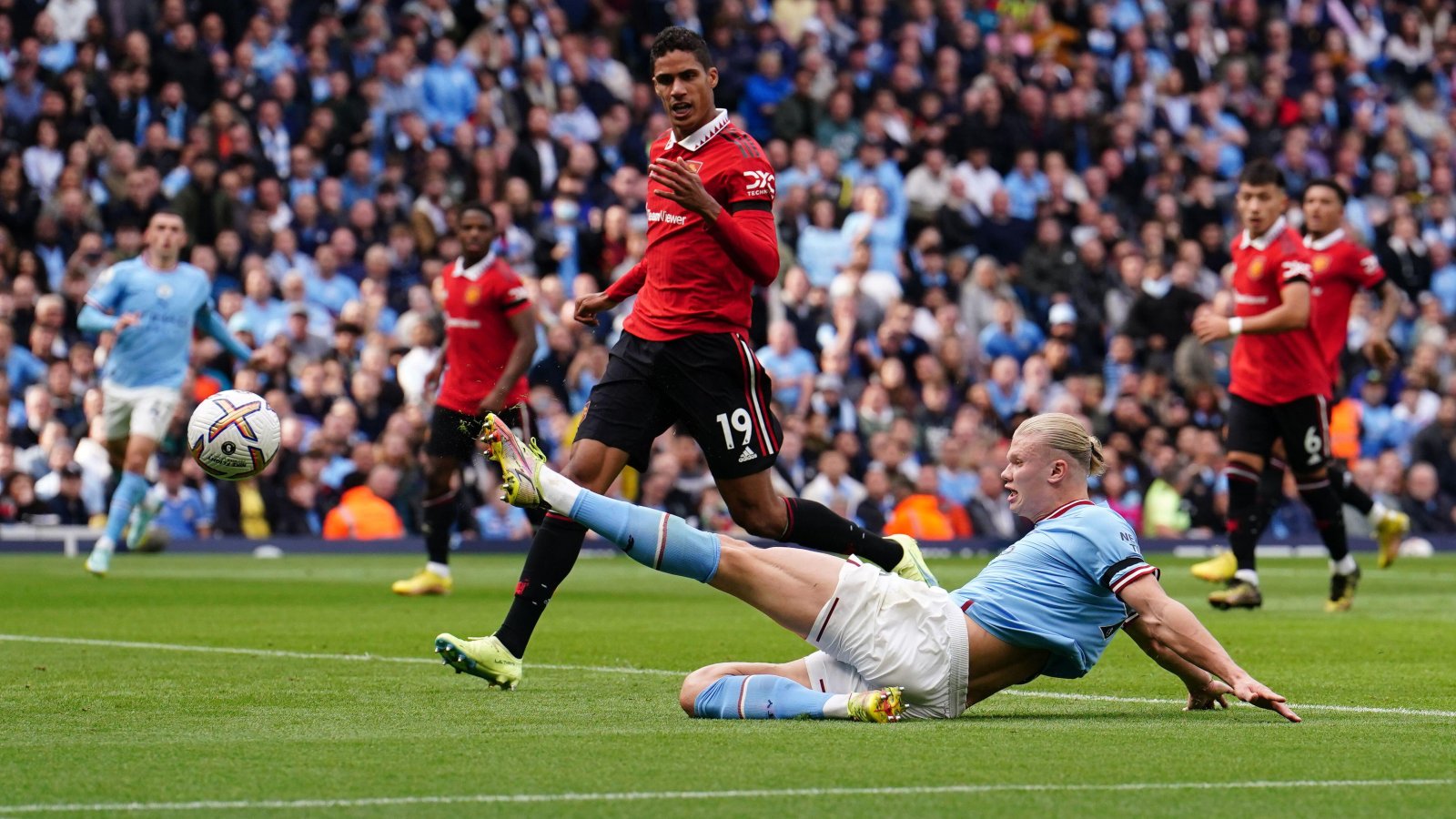 When you watch that second Erling Haaland goal and think it shows you that Manchester United don’t work hard enough, we feel sorry for you.

‘IAN LADYMAN: Erling Haaland’s fabulous second goal summed up the difference between the two Manchester rivals. Everything City do is underpinned by hard work… but for some United players, maximum effort looks like an option’

The difference between the Manchester rivals was summed up by the second goal. But let’s not reduce this to some nebulous concept about ‘hard work’. That’s reductionist and unhelpful. This was about Manchester City being brilliant with phenomenal players in the form of their lives, with the confidence to match.

Manchester United were outplayed, pure and simple. And they looked like they knew they were going to be outplayed. There was no lack of effort, just a massive lack of quality, belief and bravery.

And yet Ladyman watched that third Manchester City goal – and Haaland’s second – and somehow decided that the story was United’s lack of work ethic.

‘As a rare United forward move broke down in centre field, Jack Grealish carried the ball in to opposition territory.

‘Seeing the danger but not realising it was his job to close it down, Christian Eriksen took two steps away and then, far too late, attempted to make up ground back towards the ball.’

Mediawatch has watched this goal seven times in a row and at no point does Eriksen run away; he simply can’t block the pass. He tries but Grealish is too quick and too good.

Ladyman then describes De Bruyne’s options when receiving the ball and writes ‘to reach Erling Haaland at the far post, De Bruyne’s right-footed cross had to bypass two United defenders and then, most difficult of all, find that elusive channel between goalkeeper and a covering red shirt’.

It was a phenomenal ball. And that’s the difference between Manchester City and United. The latter do not have a De Bruyne to make that ball and they do not have a Haaland to finish that chance.

‘It was a fabulous City goal that said everything about them and much about United too. Everything City do under coach Pep Guardiola is underpinned by hard work.

‘For all De Bruyne’s excellence, there is no goal unless Haaland makes the most of every physical attribute he has to reach the ball.’

‘For some United players, maximum effort continues to look like an option, particularly when things aren’t going well. Sadly there was more evidence of that here.’

Perhaps in terms of the wingers not helping the full-backs, yes. But there was no lack of effort from those full-backs, those centre-backs or those central midfielders. There was a lack of quality, pure and simple. And as Erik ten Hag said: “It’s a lack of belief. When you don’t believe on the pitch then you can’t win games: that is unacceptable.”

Or as Gary Neville said: “It was the unforced errors, the anxiety on the ball and the lack of composure which stood out.”

‘Sometimes it does come down to desire,’ writes Ladyman. Sometimes, yes. But on this occasion, you might have to think of something more complex than ‘just run around a bit more’.

People are strange
For openers, somebody at The Sun website needs to sub Neil Custis’ match reports before they go online. This was in the second paragraph:

‘Phil Foden got one two but still was second billing to the incredible Norwegian striker.’

And this the sixth:

‘The table has Arsenal top, come May City will be and by some distance have no doubt and Haaland will have broken more records.’

Just give it a little read, people. There’s enough of you.

Second, can we stop with the casual suggestions that players are faking injury, please?

‘Now Raphael Varane had been off the pitch at that point, strangely going down injured when he blocked a shot on the edge of the area.

‘The limp got worse three minutes later when he failed to cut out De Bruyne’s superb curling cross from the right which Haaland met with an outstretched boot at the far post to score.’

He will have a scan on his ankle on Monday, Neil. It’s not strange that blocking a shot can turn your ankle; it’s really f***ing strange to suggest it’s strange.

Martial matters
Talking of strange, Custis’ colleague Ken Lawrence gave Antony Martial just 6/10. He scored two goals in about half an hour against the best team in the world, fella; what the f*** was he supposed to do in that time?

Antony the great
Player ratings are a curious thing. According to the Daily Telegraph‘s Ian Whittell, Antony – who did basically f*** all bar score a sumptuous goal – was exactly as good as Kyle Walker, Nathan Ake, Joao Cancelo, Ilkay Gundogan and Bernardo Silva. Go figure.

Disappointed…once more
So how did Manchester United’s players react in the dressing-room? Did they cry? Did they holler? Did they break things? Thankfully, the Express website is revealing all that via Bruno Fernandes:

There follows 16 paragraphs in which the dressing-room emotion after that woeful Manchester City defeat is described as “disappointed”.

Will we ever understand the complexities of the human mind?

Under orders
And what now? Well, according to the Manchester Evening News:

In question
When does a meeting become an inquest?

‘Manchester United players will be free to criticise each other in inquest, Erik ten Hag says’ – The Times.

Do you know what Erik ten Hag did not say? The word ‘inquest’.

Haal or nothing?
Erling Haaland is ridiculous but Garth Crooks has a silver lining on the BBC...

‘The big question is what happens to City should they lose Haaland through injury. They’ve already dispensed with the services of Gabriel Jesus. Right now this is the only hope for Liverpool, Arsenal and Chelsea. If Haaland remains fit we might as well all pack our bags and go home.’