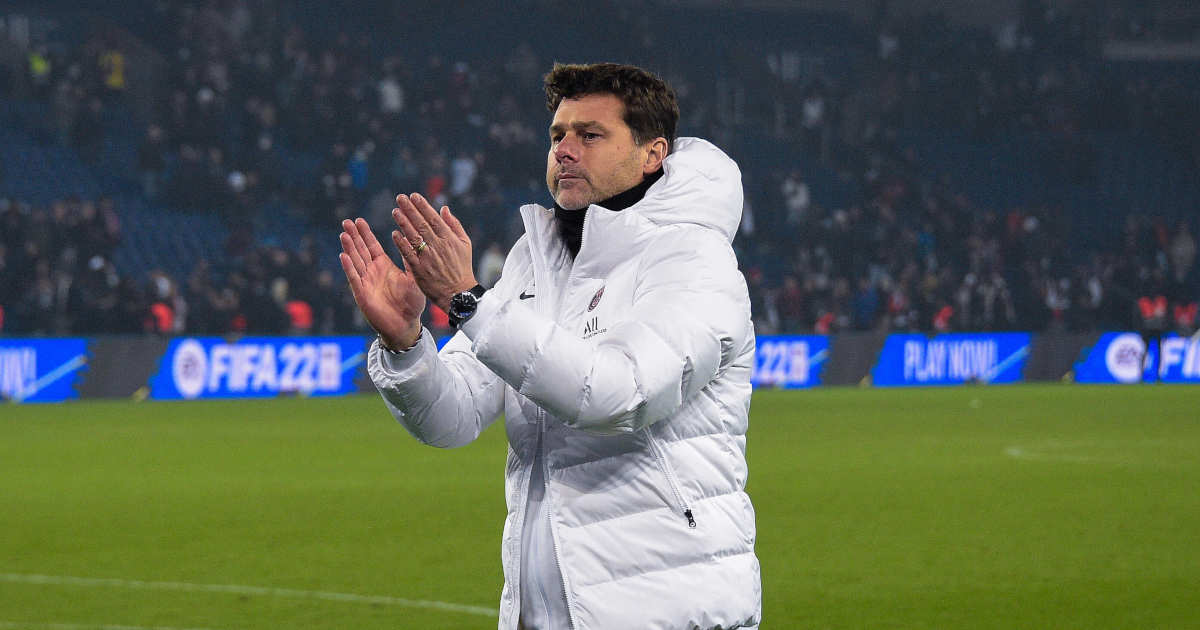 The cracked badges are out for the Man Utd crisis. If they want Mauricio Pochettino, the compensation had better tempt poverty-stricken PSG.

The Kidd on the GOAT
The tabloids have understandably gone all in on Manchester United, particularly The Sun, who’ve gone full ‘SHAMBLES AT OLD TRAFFORD’, complete with that staple of the club in crisis: a cracked badge.

Leaving aside the speculation about Mauricio Pochettino, though, there are plenty of other angles from which they can attack this story, so Dave Kidd has gone for the algorithm-busting ‘He’s the GOAT-to guy’, to drag Cristiano Ronaldo into the ‘shambles’.

But Dave has an unusual way of talking about CR7, describing him as United’s ‘geriatric Galactico’ in only the second paragraph. The main thrust of a slightly garbled piece is that ‘Ronaldo will make or break United’s next manager’ because… well, hang on a minute, we’ll get to it soon… Reasons. Mediawatch thinks it’s probably reasons.

That’s the best we’ve got, because Dave is all over the place with this one. ‘Ronaldo does this,’ he says, referring to something he imagined about Ole Gunnar Solskjaer having ‘instantly recognised an even sharper focus on his own future’ upon the Portuguese’s arrival at the end of the transfer window (no, Mediawatch neither). That ‘sharper focus’ might have been more to do with a general spend of more than £300m for almost three trophy-free years, but still.

‘Even at Manchester United, he cranks up the thermometer.’ The current cold snap couldn’t really have been much better timed then, could it?

There’s probably something interesting to say about the strange power relationship between superstar players and the coaches who have to herd them, but this isn’t really it. What we’re treated to instead is a potted review of Ronado’s career, a quick veering off into having a go at Harry Maguire (‘the shoutiest man in football’, according to Kidd), a suggestion that the new manager should give the captaincy to Ronaldo (because ‘the continental way is generally to have the armband to your best or most senior player – and Ronaldo is both at Old Trafford’, which is an admirably back-handed way of saying ‘he old’), a brief dissection of Solskjaer’s tactics, and a reminder that Manchester United have spent a lot of money on expensive players.

‘You realise how well Solskjaer was backed in the transfer market,’ writes Kidd, who seems to believe that the manager had any say whatsoever in the decision to go all in on Ronaldo, ‘even without the top-quality midfield anchorman he craved’. Far be it from Mediawatch to question Manchester United’s summer transfer activity, but they could have signed that midfield anchorman rather than Ronaldo, couldn’t they? And if Solskjaer really was ‘backed’ in the transfer market, you’d expect him to have signed the players he wanted, wouldn’t you?

Custiswatch
It’s important to look in on Neil Custis this morning, because Mediawatch is concerned that he’s been through some things recently, so let’s see how he’s getting on with his story about the effect of Solskjaer’s departure on the Manchester United squad, with their important Champions League match against Villareal looming.

‘The Yellow Submarine will more than fancy their chances tonight against the sinking ship now being navigated by Michael Carrick.’ It’s not a bad piece of wordplay, that. Top work.

Neil was at ‘Caretaker Carrick’s’ pre-match press conference, but seems to be into the fourth stage of grief now (depression), so it doesn’t take long for him to stray from the path. ‘It is going to require far more bullish football if Carrick is going to lift Manchester United to the surface to breathe again,’ says Custis. ‘This is Man United royalty. This feels like a bereavement. This is Ole.’

But he’s feeling in a more conciliatory mood towards Ole than he was on Monday, and eventually he breaks from his lachrymosity to get back to the subject at hand. ‘Carrick is a good man, who served United well over 464 games but he will now have to put the sadness of Solskjaer’s exit to one side.’

It feels a little as though no-one could possibly be as sad about all of this as Neil Custis, so Mediawatch thinks Michael Carrick will be just fine.

Stan Collymore dwells upon Ed Woodward’s ‘package’
Meanwhile in the Daily Mirror, Stan Collymore has decided who should be the next Manchester United manager, and the answer may surprise you.

Or it may not. It’s Mauricio Pochettino.

Stan was an excellent footballer, but Mediawatch wouldn’t be taking contract law advice off him, because he thinks United should just bring Pochettino in NOW, presumably before he’s agreed personal terms with them, and before PSG, to whom he is contracted until the summer of 2023, have agreed to it.

Again, there’s the hint of an interesting conversation to be had here, about how unnecessarily over-complicated it is to have an interim to the interim manager, then an interim manager, and then a new full-time manager. But Stan doesn’t seem to be particularly interested in that, choosing instead to warble on about how great Pochettino is.

Then there’s this galaxy-brained gem:

United bigwig Ed Woodward should already be on the phone to Paris Saint-Germain sporting director Leonardo and president Nasser Al-Khelaifi urging them to see if Zinedine Zidane will join them and, if so, telling them they’ll come to a sensible compensation package.

It’s only been a couple of months since PSG turned down a €160m offer from Real Madrid for Kylian Mbappe, even though he only had a year left on his contract. Mediawatch doubts that PSG’s decision will be based on the size of the compensation. If anything, they’re most likely to be concerned by the prospect of improving a Champions League rival. How would it look for them if they were to draw a Pochettino-coached Manchester United in the knockout stages and get beaten by them this season? They’re surely far more likely to be interested in that than in the size of Ed Woodward’s ‘package’.

Ian Herbert has questions for Manchester United
‘United’ are also ‘in crisis’ in the Daily Mail, and Ian Herbert has been charged with the job of sorting through the wreckage. He does so with a series of questions, some of which he even answers. Mark Hughes would be the best caretaker they could hope for (Mark Hughes has not managed for three years), but then an interim boss would ‘put United in limbo’. He asks, ‘Does Ronaldo want Spain boss Enrique?’, but answers this by saying that Enrique isn’t interested in the job anyway and that Julen Lopetegui would be a ‘more achievable permanent target’. And his conclusion, after having asked the question of ‘So, what will United do next?’ is that ‘United have no Plan B’ beyond Pochettino.

Flopping hell
But the back pages aren’t completely consumed by Manchester United, Solskjaer and Pochettino. There’s also the news that Gareth Southgate has extended his contract with the England team until the end of 2024. And the papers all have a different perspective on it.

‘Gareth’s big freeze’, barks the Daily Star and the Daily Mirror, in reaction to the news that any pay increase in his extended contract will be performance-based while, curiously, their sister paper the Daily Express chooses to go with ‘Southgate signs up for his dream job’ instead.

But the toastiest take of all is reserved for the Daily Mail, who are doing that tabloid trick of completely making up a quote again.

‘Gareth: I want to prove I’m no club flop’, reads the headline on their back page, which seems like an extraordinary thing for the manager of a national football team to tell the press. But there’s a reason why none of this is in inverted commas. What he actually said was, ‘There is the obvious challenge because people view my club management through the eyes of a relegation. There will be a day when I do that, I’m sure.’

Mediawatch is plenty aware of the pressures that newspapers are under with regard to space and headlines, but do they really have to just make up quotes to fill the gaps?