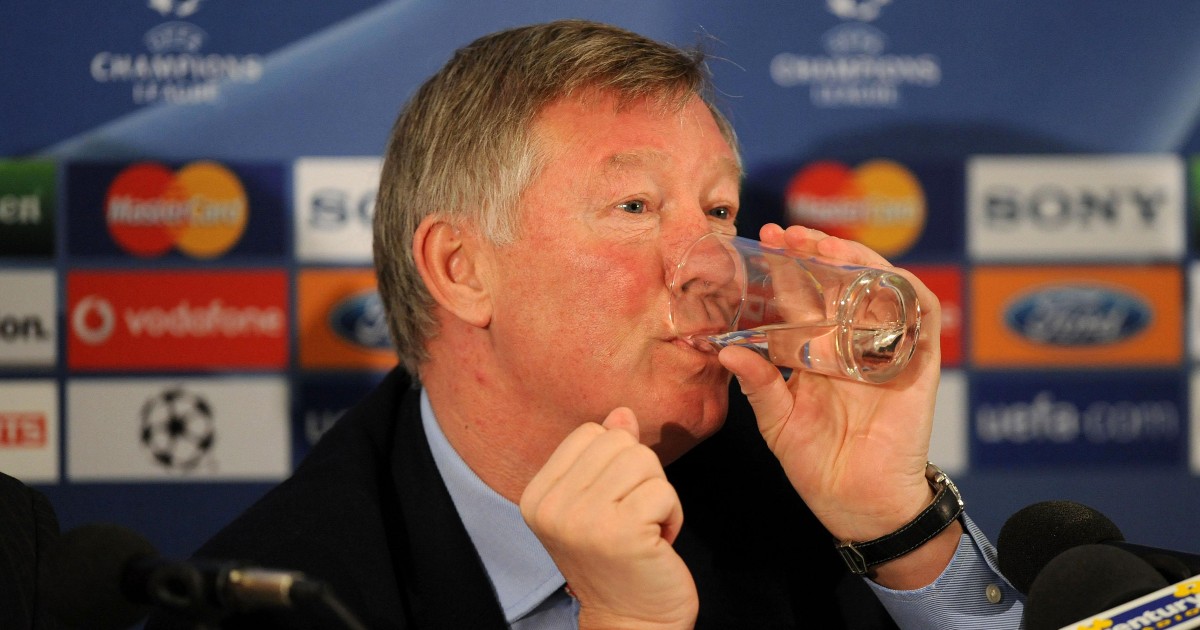 Not for the first time, the Manchester United manager’s job has been called a ‘poisoned chalice’. Nonsense. But there is some Rangnick panic.

Hip replacement
Tuesday’s Mediawatch starts with a game. Three questions, to be precise: who is this line describing, in which newspaper was it published and who wrote it?

‘The hipsters’ hero of Hoffenheim…’

Neil Custis of The Sun has indeed noticed that Ralf Rangnick wears glasses, likes tactics and is a foreign. Excellent work.

Managing expectations
The rest of that opening paragraph continues to say that if Rangnick ‘thinks he will be turning round Manchester United in an instant, then he has another thing coming’. Which is presumably why the man himself has committed his future to the club for the next two and a half years: because he thinks he can fix them ‘in an instant’.

Custis runs through the list of managers this job has chewed up and spat out, starting with David Moyes before reigniting a very old, very boring, very one-sided feud.

‘Louis van Gaal, one of the greatest coaches of the last generation, was left ranting about one certain journalist being overweight – having already told the media to eat mince pies.’

Yes, he was the one ‘ranting’, not the journalist and newspaper that issued a POUNDS VERSUS POINTS CHALLENGE that Van Gaal duly completely ignored for the remainder of that season.

Jose Mourinho was, of course, next, before ‘club hero’ Ole Gunnar Solskjaer, who ‘took the team to third and second in successive seasons when Manchester City and Liverpool were exceptional’.

That’s certainly half the story. They finished third in 2019/20, 15 points behind a Manchester City team that lost nine games, and 33 off the pace of champions Liverpool. They then came second in 2020/21 but the only ‘exceptional’ thing about Liverpool then was their injury list. And Manchester United were still 12 points behind a City side that slowed once the title was won.

A town called chalice
The overarching point from Custis is that Sir Alex Ferguson was quite good. Absolutely fair, but this is complete nonsense:

‘Each of the four managers since have been criticised for not being able to win the league, or even get close despite an investment of around £1billion in players.

‘Yet if they all, or any of them, had then Sir Alex would not have been that special after all.’

What? If Moyes, Van Gaal, Mourinho or Solskjaer had managed to ‘even get close’ to a title with that level of investment ‘then Sir Alex would not have been that special after all’? That’s absolutely preposterous. Ferguson would have remained one of the greatest managers in the history of the game if any of those managers had performed well enough to get to within 12 points of any of the eight champions since, which is indeed the best any of them managed despite that transfer expenditure.

Their failure to do so means they were poor Manchester United managers. It has little to do with how brilliant Ferguson was.

Nor does it in any way mean that the job is ‘a poisoned chalice’, as the headline suggests. That was nonsense used to excuse complete underperformance in October, and is no less silly by November.

FARCE hole
‘RANGNICK FARCE’ screams the back page of the Daily Mail. Chris Wheeler explains how ‘Manchester United fear new boss Ralf Rangnick won’t be in the dugout for Thursday’s home clash with Arsenal, and are scrambling to have him in place against Crystal Palace three days later.’

A quote from a club spokesman is handily included, and begins thus:

“We are working calmly and carefully to secure a visa for Ralf in line with all the relevant regulations and protocols.”

Mail order
‘Ralf Rangnick left permanent employment for a temporary managerial position for one simple reason: because any coach with the slightest self-regard looks at Manchester United and licks his lips’ – Martin Samuel, Daily Mail, November 30.

‘The money must be good because, asked to perform a similar role at Chelsea after Frank Lampard’s dismissal, Rangnick said roughly four months was not enough time to have an influence. Maybe he was surprised at what Thomas Tuchel contrived to do in a similar period – or maybe six months makes him think he can bend United into a recognisable shape.

‘It seems strange, then, that Manchester United only see him as a manager for six months and then a consultant for two years after. If he succeeds, why would he want to shrink into the shadows? If he fails, why would anyone take his advice?’ – Martin Samuel, Daily Mail, November 25.

In the space of five days he has gone from a ‘strange’ move with potential financial motives to a coach obviously and justifiably ‘licking his lips’ at the prospect of managing these players. Weird.

Sticky Toffees
Stan Collymore is on the Everton beat in the Daily Mirror.

‘What I can’t understand is, however you carve it up, Everton aren’t a million miles from where they should be. Because as I’ve said before, at their absolute best they could finish seventh and at their absolute worst they will be 10th or 11th.’

‘Right now, they are five points off Wolves in sixth and three points off Leicester in 10th, so I rest my case on that front.’

Mediawatch opens that case and puts Everton’s current position of 14th in there.

‘If they are seventh it would qualify as a very good campaign and if they are 11th it’ll be time in the summer to sit down and say, ‘Thanks, Rafa, but that’s not good enough, goodbye’.

‘For now, though, however frustrating things are, Everton will do well to remember they are pretty much where they should be.’

Which is apparently anywhere between seventh and 11th but is actually currently 14th.

Demolition derby
Then we land on David Maddock elsewhere in the Daily Mirror, with this doozy:

‘Thiago Alcantara has delivered what could be interpreted as the ultimate derby put-down.’

This should be good. Or as the Daily Mirror website puts it, ‘spicy’.

‘In trying to take the heat out of the clash at Everton – which saw him and Virgil van Dijk both crocked in the same fixture a year ago, and forced into lengthy absences – Liverpool’s Spanish midfielder described it as ‘just another game’.’

Come on, the suspense is killing us now.

Mediawatch can’t seem to find the ‘just another game’ quote. But it can see Thiago refer to it as “always special” while being a typically sensible footballer looking at an upcoming schedule of ten games in 32 days, rather than one match and no further.

It truly is ‘the ultimate derby put-down’.