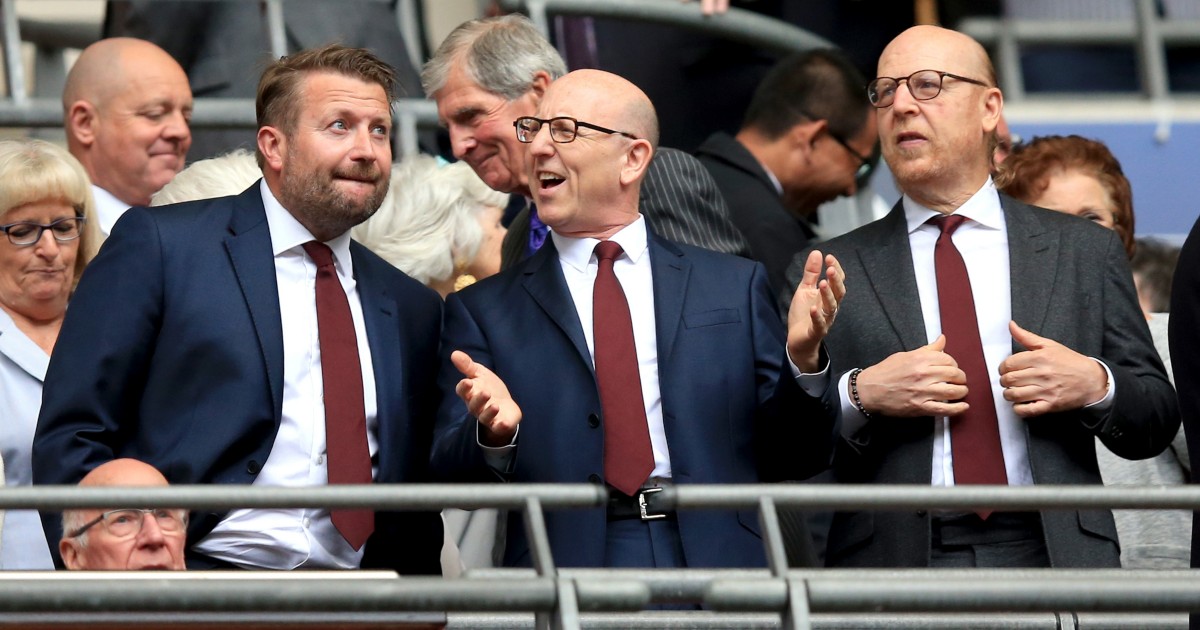 The accusation that Manchester United ‘failed’ in January is going to stick. And what happens if you remove Arsenal’s highest scorers?

Fail safe
The Daily Mirror seems particularly keen to push the idea that Manchester United ‘failed’ in the January transfer window. It is no mystery why. And Simon Mullock lays into an ’embarrassing’ month that ‘proves they’re a hapless club with unhappy players’.

Ouch. It takes literally 20 paragraphs for Mullock to mention they are currently fourth and still in two competitions, including the Champions League, which rather undermines the ‘hapless club’ stuff, but still.

‘It’s damning enough that United failed to get even a single new signing over the line during the transfer window,’ he writes. And there’s that word again. All indications are that Manchester United didn’t try to sign anyone, making the idea they ‘failed’ sound pretty stupid.

How ‘damning’ that they brought in as many first-team players as about half of the rest of the Premier League, including two of their closest rivals for a top-four place.

‘United, it seems, are in a bit of a mess,’ it is emphasised. Again, things are far from perfect but they have lost one of their last 13 games to reach the Champions League knockout stages and FA Cup fourth round while picking up more Premier League points than all but Manchester City.

‘You would have thought that United’s new chief executive Richard Arnold might have wanted to make a bit of a splash in the transfer market to herald his arrival in the new job.’

Because letting someone use their promotion into a high-powered position as an excuse to ‘make a bit of a splash in the transfer market’ is definitely not what an actually ‘hapless club’ would do. Doesn’t Richard Arnold know that the key to being a Premier League chief executive is to ‘herald his arrival’ by spending a f**k-tonne on Ousmane Dembele’s wages?

‘It may be that United are waiting for a new manager to come in during the summer before spending more money in the market,’ Mullock writes, as common sense temporarily takes over until…

‘But should the biggest club in the world be content to write off the rest of the season when there is so much to play for?’

Have we really become so obsessed with the transfer window that making no signings in January when form is improving and a club-record transfer is returning from injury soon to enhance your problem position is equivalent to ‘writing off the rest of the season’?

McQueen’s gambit
That Mullock article begins with a quote Gordon McQueen made after joining Manchester United from Leeds in February 1978: “Ask all the players in the country which club they would like to play for and 99 percent would say Manchester United. The other one percent are liars.”

He brings it back round in the closing paragraphs, saying that ‘then, like now, United didn’t have what it takes to win the title’. Then comes the mic drop:

‘The difference was that at least they were prepared to try to do something about it.’

a) There is not a single signing, realistic or otherwise, that Manchester United could have made this January that would have helped them win the title. Erling Haaland does not close that 19-point gap in 16 games.

b) Manchester United didn’t win their next title until 1993…15 years after they signed McQueen and eight after he left.

Besieged mentality
Chris Wheeler similarly eviscerates ‘another rather messy transfer window’ for Manchester United in the Daily Mail. It seemed pretty clean from the outside, particularly in comparison to recent January and summer markets at Old Trafford. But Mediawatch bows to his inside knowledge.

That includes how Manchester United were ‘besieged by unhappy players wanting out’. Wheeler lists them in full: Anthony Martial, Donny van de Beek, Jesse Lingard, Dean Henderson, Eric Bailly and Phil Jones. Two of those six were loaned out. Can an entire football club be ‘besieged’ by four players?

Then there’s Greenwood. ‘Besides the damage to United’s reputation, there is a threat hanging over the career of a young player worth close to £100m,’ we are told. It feels a little bit like the most important facet of that story has been skirted over somewhat.

But yes, Manchester United were better at transfers and contract negotiation when they were undeniably one of the best clubs in the world with perhaps the greatest manager the sport has ever seen in charge. Being told this every six months will never grow old.

Police line-up
One club unlikely to be ‘besieged by unhappy players wanting out’ is Arsenal; they barely have any players at all, sieged or otherwise.

Someone ought to let The Sun website know, because this sort of headline looks pretty silly even before the dodgy hyphen:

Clue: Precisely the same way they were lining up before they signed no-one and got rid of loads of players who weren’t playing.

Keeping score
Martin Lipton spends the rest of that article questioning Arsenal for their ‘huge punt’ in the window.

‘Take out top scorer Emile Smith Rowe and Bukayo Saka, who have scored eight and six respectively, the remaining players have just 15 Prem goals between them this season.’

This just in: remove a team’s two highest scorers for no apparent reason and said team has subsequently scored fewer goals.

Surprisingly enough, that works for most clubs outside the current top three. Remove Cristiano Ronaldo and Bruno Fernandes from the equation at Manchester United and the rest of the remaining squad has 18 goals (including Mason Greenwood’s five). In the case of Tottenham, they have 11 Premier League goals this season without Heung-min Son and Harry Kane. Because obviously.

‘After that game at Spurs was controversially called off, the dour, dire draw with bottom-of-the-table Burnley saw Arteta’s team booed off and back down to sixth, having played more matches than all of their top-four rivals.’

Aside from that, spot on.

…by bookmakers. Manchester Evening News must not have had the characters left to stick that in the headline.