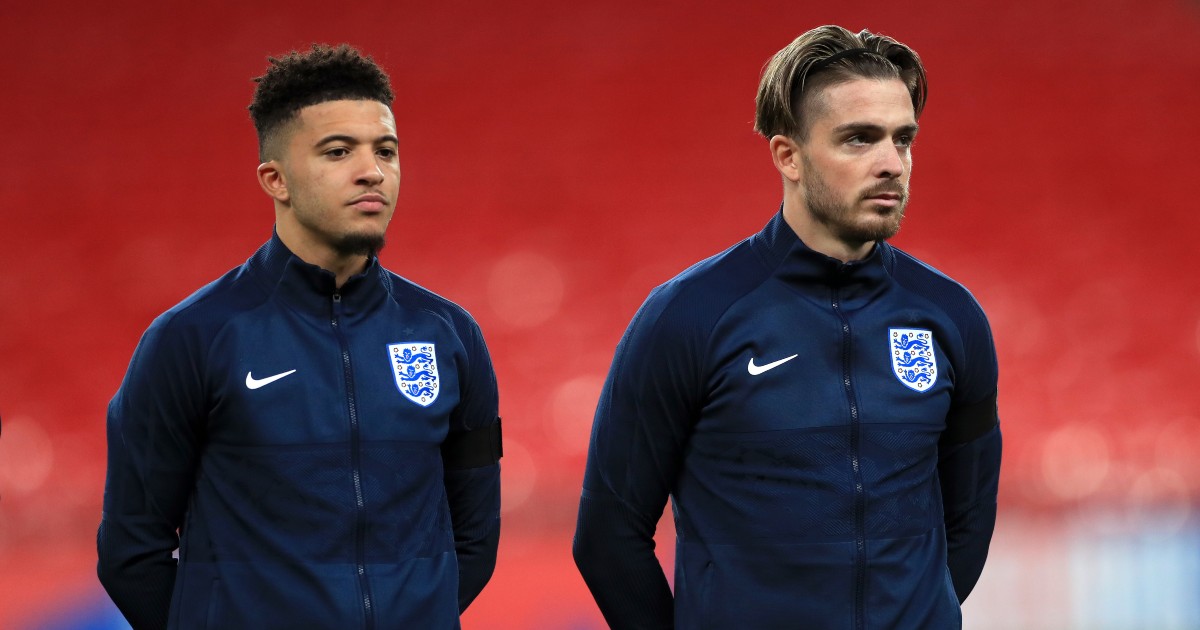 Anthony Martial has lost one of his last fans but at least Man United can be confident that Jadon Sancho was a better buy than Jack Grealish.

Tuch of class
Thomas Tuchel is pretty good at his job. Mark Irwin has professionally noticed for The Sun, pouring praise on ‘Tommy Tactics’ the ‘touchline nerd’:

‘We might not always have the world’s best players in England, but no one can question the quality of managers we’ve had.

‘From Arsene Wenger to Pep Guardiola via Mourinho, Klopp, Bielsa, Ancelotti, Pochettino, Hiddink, Sarri and Van Gaal, anyone who is anyone in coaching has enjoyed gainful employment in the Premier League.’

What an eclectic list that is. One that does not feature the best quality manager the Premier League has ever had overall in Sir Alex Ferguson, but does manage to include the ‘pound-shop Emery’.

Does Irwin still ‘pity the poor Match of the Day editors charged with getting a coherent soundbite from Bielsa on a weekly basis,’ we wonder…

‘Of course, Tuchel has been helped by being so spoiled for a choice at a club where he can always field an entire subs’ bench of senior internationals.

‘And who is to say that Daniel Farke or Steve Bruce could not do just as good a job with so much world class talent at their disposal? Unlikely, but possible.’

Mediawatch. Mediawatch is willing to say that.

Tony award
Also in The Sun, Neil Custis has had about enough of Anthony Martial. So incensed is he by the Man United striker that he rubbishes his two most recent goals for the club in February’s 9-0 win over Southampton. After all, ‘we could of all had a go late on and probably notched one up’.

We could of indeed.

Custis has ‘rarely seen a Man United player look less interested in playing football’. Martial ‘should be at his peak, but he has not so much plateaued but tumbled down the mountain’. Man United should sell in January if they can. Mason Greenwood is embarrassing him.

As Custis goes on to write:

‘One irate caller into talkSPORT after the West Ham game likened him to a mannequin and BBC pundit and former professional Dion Dublin was equally non-plussed with what he witnessed from the Old Trafford press box.’

Speaking of irate callers into talkSPORT, this was just over a year ago. Danny Ings has scored 14 Premier League goals since. Martial has four.

Slow Werner
‘Yes, Timo Werner scored from open play against Aston Villa, but if he no longer fancies himself one on one against a goalkeeper from 12 yards in a shootout, he cannot be Chelsea’s striker. It really is as simple as that’ – Martin Samuel, Daily Mail.

“I had some pain in my calf. When you have fit players, it’s better that they shoot the penalties” – Timo Werner.

‘It really is as simple as that’ – Mediawatch.

Excuse me
The Daily Mirror website similarly struggles to resist the temptation to keep kicking a man while he is not really down all that much.

I scream Parlour
The same outlet seems to believe Edu might be swayed by the thoughts of a former teammate:

The deal is pretty much done. How can Arsenal possibly resist the ‘pressure’ of Ray Parlour saying Yves Bissouma is really good?

Mark of the man
Mark Lawrenson is back with his BBC Sport predictions and those familiar doubts around Man United linger for the pundit.

‘The big question for me is can United win without playing well?’ he asks. ‘I know they won at West Ham last week, but they got away with that one really because of the penalty save at the end.’

Is there a difference between ‘getting away with that one’ and ‘winning without playing well’?

Man United were out-shot by Wolves, were drawing for longer than they were winning against Newcastle and came from behind with a last-minute goal and a stoppage-time penalty save to beat West Ham. Pretty much the main thing they’ve done is win without playing well, Lawro. You have your answer.

Gordon banks
Over at the Liverpool Echo, they have a new king. Philippe Coutinho and Kylian Mbappe are old news. It’s all about Kaide Gordon now.

The following headlines all appear prominently on the site, each pertaining to the youngster.

No pressure, kid. But your senior career is comprised of 90 League Cup minutes and you might be the most important debutant of a Premier League and Champions League-winning manager’s tenure, comparable to a £43m signing and worthy of sharing a headline with Luis Suarez. Best of luck.

A bold statement, no doubt, considering Sancho has fewer minutes than Victor Lindelof this season, with no goals or assists in his supposedly ‘favoured’ position.

Grealish, by comparison, has played more for Manchester City than all but two players and has two goals and assists each.

But ‘Manchester United still know Jadon Sancho is a better signing than Jack Grealish’. How? Well ‘United paid less for a player that had achieved more, recorded better statistics, and is four years younger.’

And is currently doing far less. That might well change but this is strange timing, to say the least.

‘While the City man has enjoyed a better start the season, you would need to be brave or foolish to bet against Sancho on coming good.’

Absolutely. Sancho is a brilliant player. It just feels as though that point can probably be made without crowbarring a Grealish reference into the final two paragraphs of your article, just because he plays for a rival club and is SEO fodder.