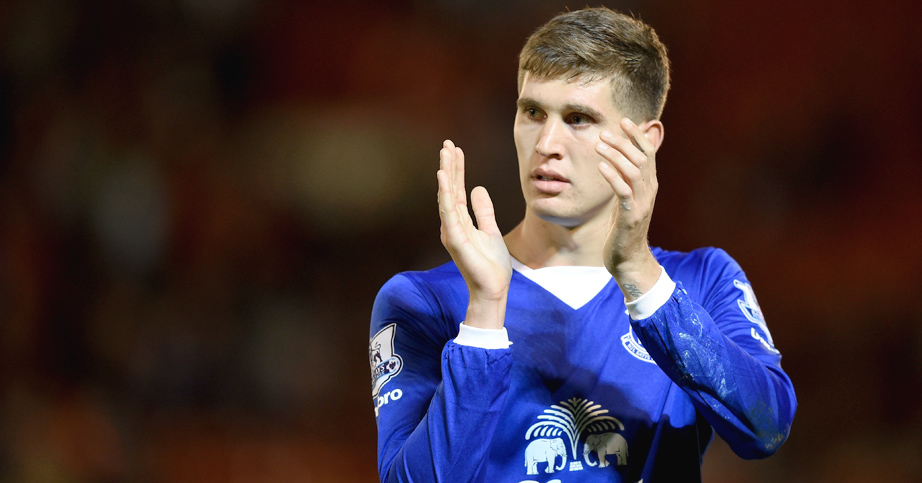 ‘Dazed. Disappointed. Disgusted. Dumbfounded.’ So says the staunch Liverpool fan in The Sun. Overreacting much? And Alan Pardew is a young man…

Jaws
Mediawatch – like any other right-thinking person who knows anything at all about football – is bemused at the £36m Manchester United have agreed to pay for the untested Anthony Martial.

But we have to take issue with The Sun calling the final possible fee of £57.6m ‘jaw-dropping’. It will only be £57.6m if he’s sodding brilliant, fellas. That’s how add-ons work.

Dazed And Confused
Mediawatch assumes that The Sun’s Manchester (sorry, MADCHESTER) man Neil Custis had a day off on Monday so their coverage of the Reds’ flurry of transfer business was left to the bombastic Antony Kastrinakis.

Thus, United were ‘DESPERATE’. And we were all left ‘Dazed. Disappointed. Disgusted. Dumbfounded’. This is odd because Mediawatch has mostly been feeling ‘amused’ and occasionally ‘befuddled’.

United’s transfer campaign has apparently ‘lurched from embarrassment to fiasco, humiliation and ridicule’.

That’s the in-no-way-exaggerated view of Kastrinakis, who fails to mention the actual signings of Memphis Depay, Morgan Scheniderlin, Bastian Schweinsteiger and Matteo Darmian – who joined what ‘promises to be an exciting new-look United next season’ (Neil Custis, The Sun) – as he writes about ‘a summer of calamitous failures in the transfer market’.

Forget those actual signed players, it’s all been absolutely sh*t. And Kastrinakis is not at all influenced by being a lifelong Liverpool fan. Oh no.

Kast-Off
As Kastrinakis points out: ‘For £36m, you expect world-class performers. Not potential. You expect, say Jackson Martinez, who left Porto for Atletico Madrid in a £25m deal.’

Or you expect Andy Carroll. And £1m in change.

Crave Party
In-the-know Ian Ladyman in the Daily Mail last week: ‘As United and the rest of Europe hurtle into the final week of another trading window, Woodward and his manager Louis van Gaal continue to aim high. Gossip in football circles continues to hold United at its core with the suggestion being that England’s biggest club crave something spectacular between now and next Tuesday.’

Well, it’s fair to say that paying £36m for Anthony Martial is ‘spectacular’.

Revelation Of The Day
‘Sportsmail can reveal that even agents think Manchester United are set to pay over the odds for £36m Monaco teenager Anthony Martial,’ says MailOnline.

‘Each summer, Prime Time Sports, who represent and advise number of stars across the globe, compile a report in Europe’s Top 20 players under the age of 21. The report includes a scientific index which calculates each star key’s value based on a number of factors including length of contract, position and market value.

‘And at number 17 on this summer’s list is none other than Martial – complete with a valuation of 15.5m euros.’

Hmmm. This rang a massive bell with Mediawatch. And then we found this from July 6 onMailOnline: ‘Liverpool’s want-away winger Raheem Sterling is the most valuable player aged 21 or under in Europe, with three other English stars in the top 20.’

Revealed? The cheeky sods have even used the same graphic.

Body Blow
What most amuses Mediwatch about such spurious lists – even when they ‘use analysis of player performance, press reports and minutes played among other factors to work out a player’s value’ – is the weight given to the claims.

So this ‘revealed’ report (from back in July) tells us…

* ‘There is further bad news for United with Luke Shaw placed at number nine.’

* ‘Shrewd Everton chairman Bill Kenwright may wish to look away now. He recently rejected a bid of £38m from Chelsea for John Stones – but according to the report the centre-back is actually only worth 16.85m euros (£12.4m).’

They must feel like right f***ing idiots now after that ‘revelation’.

Hope And Glory
‘Top journalist says Arsenal hope to completing transfer of megastar before deadline’ – is the top headline on the Metro football website, which will hopefully combust at 6pm today.

The ‘megastar’ in question is Edinson Cavani and the ‘top journalist’ is Kike Marin.

Young Man
Ian Wright is all excited about this season’s ‘cavalier’ football in The Sun. Bless him.

He has a couple of explanations: Firstly they’re ‘enthused and excited’ about the start of the new season. Asking ‘why doesn’t this happen every year?’ would make Mediawatch feel like a cheap, drunken clown stamping on a child’s birthday balloons, so we will move on…

Wright’s other explanation is that teams are being influenced by ‘the attacking philosophy of the exciting young coaches around now – guys like Garry Monk, Eddie Howe, Alan Pardew and Tim Sherwood’.

Boo-m Time
The Daily Mirror’s Chief Sports Writer Dave Kidd has another explanation: ‘It’s no coincidence that the lessening of home advantage comes as knee-jerk booing of home teams increases, due to the massive disconnect between footballers and their public.’

Which is a lovely theory. But are we to believe that this is a seismic change that has happened just this summer? Last season the Premier League’s top four lost just seven home games in total – the same as 2012/13 and fewer than 2011/12. It’s almost like there’s absolutely no pattern at all. Knee-jerk, you say?

Virging On The Ridiculous
‘In my game, he moved to Monaco for £9.5m after one further season at Celtic and averaged 7.12 across five seasons for a very healthy career.’

Storm The Barricades
‘TOTTENHAM are set to take their traditional place in the eye of the transfer deadline day storm today,’ writes John Cross in the Daily Mirror.

Like last year when they signed Benjamin Stambouli? What a night. What a storm.

Quote Of The Day
“Fans cannot go to the bookies, put a bet on and think they can guarantee their money anymore” – Anymore?, Phil Jagielka. Who the f*** were you betting with?

Headline Of The Day
‘S-CLUB HEAVEN’ – The Daily Mirror on Jonjo Shelvey.

Non-Football Story Of The Day
‘A man who dubbed himself Britain’s biggest idiot after losing his wife after tattooing a comedy penis on his own leg is hoping to win back her heart by having it lasered off.

‘The painful removal procedure was carried out on the tattoo on the inside thigh of Stuart Valentino, who hopes the ‘ink castration’ will help him win back the love of his life Samantha.

‘Hapless Stuart, 34, of Southsea, Hants, inked the six-and-a-half inch member on his left thigh, so the end pokes out of his boxer shorts.

The lorry driver said: “My wife hated it. In retrospect, I’m not surprised, it really is the stupidest thing I’ve ever done. After I did it, my wife woke up in the morning screaming, because there was this massive penis poking out of the duvet. And the tattoo on my leg. It caused no end of rows, and she’s now kicked me out of home. I deserve it, I suppose. I’m glad it’s gone – it really ruined my life.

“I am Britain’s biggest idiot.”

‘Wife of two years Samantha, 35, bought her hubby the tattoo gun as a Christmas present – and immediately regretted the decision when Stuart got drunk and permanently inked the crude willy on his thigh. The drunken high-jinx sparked a series of bitter rows when Sam was forced to cancel holiday plans with their daughter Ayla, three. Stuart was also banned from taken his daughter swimming because of the obscene inking on his leg.

‘He said: “After a boozy night me and my mate Danny both stupidly agreed to get the tattoos done on our legs. Danny chickened out when he saw mine, but there was nothing I could do at that point.”

‘The father, who has other inkings across his arms and legs, said: “I didn’t realise how it would hinder my life. We had just begun taking our three-year-old daughter swimming, and I could no longer get involved because it looked as though my penis was poking out.”

‘Sam – mother to kids Callum, 16, Luke, 12, and Lana, 11 – from a previous relationship – ended their marriage last month, after almost seven solid months of rowing’ – Daily Mirror. What a cock.