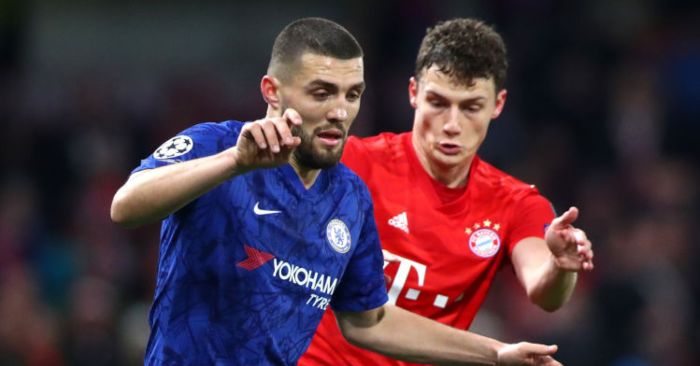 Snitch
Whatever your feelings on VAR (and Dave Kidd of The Sun has made his clear…many, many times), surely we can all agree that the one good thing about VAR is that footballers can no longer get away with acts of violence out of sight of the referee. That’s a positive, right? Right?

‘And Marcos Alonso put the lid on a nightmare second half after being snitched on by the VAR official for an off-the-ball elbow on Lewandowski.’

‘Snitched on’? Are you nine?

Remember the titans
Dave Kidd’s Sun colleague Andrew Dillon writes about the difference between the performances of Mason Mount (good) and Reece James (bad) but we ceased to pay any real attention to his opinion when he referred to Thomas Muller as ‘a genuine titan of world football and the closest thing Bayern Munich have to Chelsea’s former midfield general Lampard in their ranks’.

‘Midfield general’? Thomas Muller? The man who describes himself as “a mix between a striker and a midfielder”? ‘Thiago’ might be the word he was looking for…

Nothing but a number
Over in the Daily Mirror, John Cross gives Chelsea the excuse of youth, writing:

‘Bayern were clear favourites while Chelsea’s young line-up looked inexperienced by comparison and it was little wonder Lampard admitted his side would have to “suffer” in their last-16 showdown.’

The Young Ones
And he wasn’t the only one…

‘This thrashing, which is what it was in reality, was the harshest of lessons for the young players Lampard has counted on so heavily this season’ – BBC Sport.

‘The Blues were out-classed on a night which showed the gulf in quality between Lampard’s young pretenders and one of the real giants of Champions League’ – The Sun.

‘Lampard admitted that Bayern were simply too good for his young side on the night’ – Daily Mirror.

Do we have to go through that pesky fact again?

What’s the Mateo?
There was one Chelsea player who was genuinely excellent on Tuesday night; he was described by Frank Lampard as the only player “who played with a personality and a quality that makes you go, ‘okay, he can play in pretty much any team with that level.'”.

So what mark did The Sun give Mateo Kovacic in their online ratings? 5/10 of course. Worse than Mason Mount. Worse than Willian. Worse than Olivier Giroud. As bad as Reece James, described elsewhere on the same website by Andrew Dillon as playing ‘like a tranquilised rhino’.

Why is this still a thing?

Price of admission
Though let’s face it, writing about Chelsea does not pay the bills, as evidenced by the MOST READ story on the Mirror website.

What does he actually say?

“In the future I see myself playing for Feyenoord, PSV or Sparta again. You want to play at the highest level and win trophies, like Clarence Seedorf. It’s my dream to play as long as possible. Like him, Zlatan or Ronaldo.

So the ‘Liverpool transfer admission’ is that he will leave Liverpool at some point in the next nine years. How did they get that out of him? Thumbscrews? A Chinese burn?

Bayern and selling
Mediawatch understands that Liverpool.com is aimed at one obvious, specific audience, and that it does not belong to that audience. Mediawatch also understands that Liverpool.com’s entire premise is to see everything through the prism of one club, with every story in football considered with regards to how it impacts or reflects upon Liverpool. And that is fine. They do some genuinely great work.

But it can lead to some pretty laboured points, such as…

This should be good. Go ahead, Dan Morgan.

‘While I’m relatively certain Liverpool didn’t invent football and know that not all things that happen are a result of what’s going right at Anfield, it wouldn’t be unrealistic to imagine Bayern looked at the success of Trent Alexander-Arnold, a once blossoming centre-midfielder who excelled at full-back, and applied the same principles to Davies.’

Perhaps it wouldn’t, no. But your following paragraph makes a pretty effective argument as to why Bayern probably didn’t just look at how good Trent Alexander-Arnold is before deciding ‘yeah, let’s convert a more attacking player into a full-back because it worked for Liverpool and it’s that easy’.

‘Of course, Bayern have been reinventing players for years in the form of Phillipe Lahm and Joshua Kimmich, for example. Yet the similarities of converting the attributes of a youth prospect who would have otherwise found it difficult to find a way into their natural position are there to see.’

You might say that the ‘Liverpool model’ was actually based on Bayern all along. Who knows, other clubs might even have changed a player’s position before…

A tale of two titties
Manchester United executive vice-chairman Edward Woodward made a statement to the club’s investors on Tuesday.

2) ‘MANCHESTER UNITED will take a ‘planned, disciplined approach’ to summer transfer spending – according to Ed Woodward. The club’s executive vice-chairman effectively ruled out a transfer spree on a day when the financial impact of missing out on the Champions League was laid bare.’

And as for that ‘financial impact’ – The Sun manage to mention a ‘new global partnership with Cadbury owners Mondelez’ in the seventh paragraph (whoop, whoop, such good news) but wait 17 whole paragraphs before the first mention of United reporting any drop in revenue.

But never mind those pesky, boring details; they’re going to ‘spend, spend, spend’ even though ‘Solskjaer may even he ahead of schedule in his first full season in charge’. Sorry, what?

Argument of the day
‘But if UEFA’s ban sticks and City spend the next two years unable to compete for European club football’s biggest prize, then Champions League glory in May in Istanbul could prove to be a poisoned chalice rather than the Holy Grail.

All of a sudden, the likes of Raheem Sterling, Kevin De Bruyne, Aymeric Laporte and the rest of City’s superstars — not to mention manager Pep Guardiola — would have scaled the highest mountain at the club, only to find that the next two years will offer nothing more challenging than a domestic scene they have already conquered more than once.

‘City find themselves in a catch-22 situation. If they win the Champions League, there is nothing else for their array of stars to achieve at the club, and such glory could trigger an exodus sparked by ambition and harsh financial realities.

‘City might end up winning the Champions League this season, and it might prove to be more trouble than it is worth’ – Mark Ogden, ESPN.