Home Mediawatch Does anyone have a ruddy clue who on earth this man is? 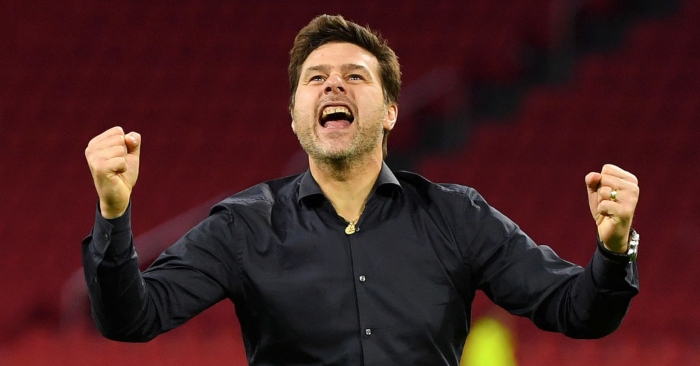 N’Golo Kante isn’t joining Man Utd and Paul Pogba didn’t make ‘controversial’ comments on him. Plus who is Mauricio Pochettino?

Don’t cry for me, Argentine
For a couple more days, Mauricio Pochettino remains one of the two most recent men to coach a Champions League final. It is worth remembering that when reading Mark Irwin refer to ‘the Argentine Alan Curbishley’ in his Friday column for The Sun.

Now that description is probably – surely – for comedic effect. Yet it comes straight after a sentence that tells us ‘we’re rapidly approaching the point where Poch is in danger of becoming the forgotten man of football’.

This despite him being linked with the Barcelona, Juventus and Manchester City jobs in August alone.

Irwin does reference interest from the first two in Pochettino before suggesting he ‘had barely registered in the thoughts’ of either. He then casts doubt on the claim he could replace Pep Guardiola at the Etihad.

‘Now we’re being told it’s actually Manchester City who are lining up Pochettino, if Pep Guardiola decides he wants a new challenge.

‘But that’s a big ‘if’, because Guardiola still has a year of his Etihad contract to run and Sheikh Mansour is doing everything in his considerable power to secure a new deal.’

Paul Jiggins will be delighted at his exclusive from less than a week ago having a hole torn straight through it by his colleague.

But really, Pochettino’s ‘previous achievements are rapidly fading into the mists of time’? Why exactly does he ‘need to make his managerial return sooner rather than later’? And is it really ‘a painful blow to his self-esteem’ that Juventus sought to appoint a popular former player from within and Barcelona went for a more experienced and similarly nostalgic option?

The man has not even been out of work for a year. Christ, Jose Mourinho went longer in managerial unemployment before replacing him at Tottenham, yet people managed not to call him the Portuguese Mark Hughes.

Pochettino will have no trouble in finding work if and when he wants it. He explained in May that he was waiting for “the perfect club, the perfect project”, then stated earlier this month that his aim is “to find a club, president or people who go hand-in-hand with the ideas we have”. Barcelona and Juventus appointing other coaches is not quite as simple as them rejecting or ignoring Pochettino; he might have turned them down.

But no, boardroom executives across the world will definitely forget who he is unless he takes the next job offered to him.

Read this and stop being silly.

Kante’s trick
At 2.44pm on Thursday afternoon, the following email was sent by Oddschecker to assorted media.

A website not a million miles from here received it, deleted it and promptly went about its day. The same cannot be said for everyone else.

Take the Daily Mirror for example:

…based on updated odds ‘after a flurry of bets’. Which is always a surefire guarantee of actual transfer insight.

‘Man Utd emerge as strong favourites to sign Chelsea midfield lynchpin ‘for the right price’’ – TEAMtalk, who link only to the Mirror‘s home page while using a picture that centres on Mason Mount.

‘Manchester United to sign N’Golo Kante this summer?’ – Sports Mole, who do at least acknowledge it has come entirely from Oddschecker.

You’re all as bad as each other.

N’go fly zone
That Mirror story in question comes from Jake Polden, much like every other story that website has ever produced. He legitimately is the hardest worker in the industry.

Oh wow. This is huge. Has he called him the Marty Jannetty to Danny Drinkwater’s Shawn Michaels? Has he suggested tackles and interceptions are for nerds? What is this ‘controversial’ statement Pogba has made about Kante ‘as he’s linked with Man Utd move’?

‘Back in 2017 Paul Pogba was on the receiving end of some criticism.’

That’s a worrying opening paragraph to a story presented as relevant in 2020.

‘Manchester United had not long splashed out a club record £89million on the Frenchman, and they weren’t getting good value for money.

‘Chelsea, on the other hand, were seemingly getting great value for money from £32m acquisition N’Golo Kante, who also joined the Blues in 2016.

‘And after being compared to Kante, Pogba took aim at his compatriot, pointing out that he scores more goals.’

Bloody hell, Paul. You might have scored exactly three times as many career goals as Kante at club level but you can’t just go around three years ago saying you score more goals, mate.

“I’ve heard Kante is a top, top midfielder, which I agree with.”

Remember when ‘Pogba took aim at his compatriot’? It feels so long ago.

“He is a top-class midfielder for what he does. But he doesn’t score many goals, does he? They don’t speak about this. I score more goals than Kante but they still say Kante does this and does that. If you want to speak about scoring goals, you should judge every midfielder the same way.”

Some people might see someone making a fair point about how unjust it is to judge players in the same position by using different metrics. Others might see comments made in 2017 and suggest they ‘were a bit bitter looking back’.

And that is how you use bookmaker’s odds to create a story from nothing, then completely not ‘controversial’ three-year-old quotes to squeeze it for every click its worth.

Saved by the Bell
‘Hector Bellerin spotted with cigarette in his mouth during Lake Como holiday’ – The Sun.

‘No, thank you. That doesn’t sound particularly enjoyable’ – Mediawatch.

Unless you are about to recognise Olly Murs and Jonathan Wilkes as England internationals, that’s not a thing.

“On my future, I haven’t thought about it because I’m only thinking about the final.”

Recommended reading of the day
Tom Kershaw on the Europa League’s Sevilla’s Ever Banega.