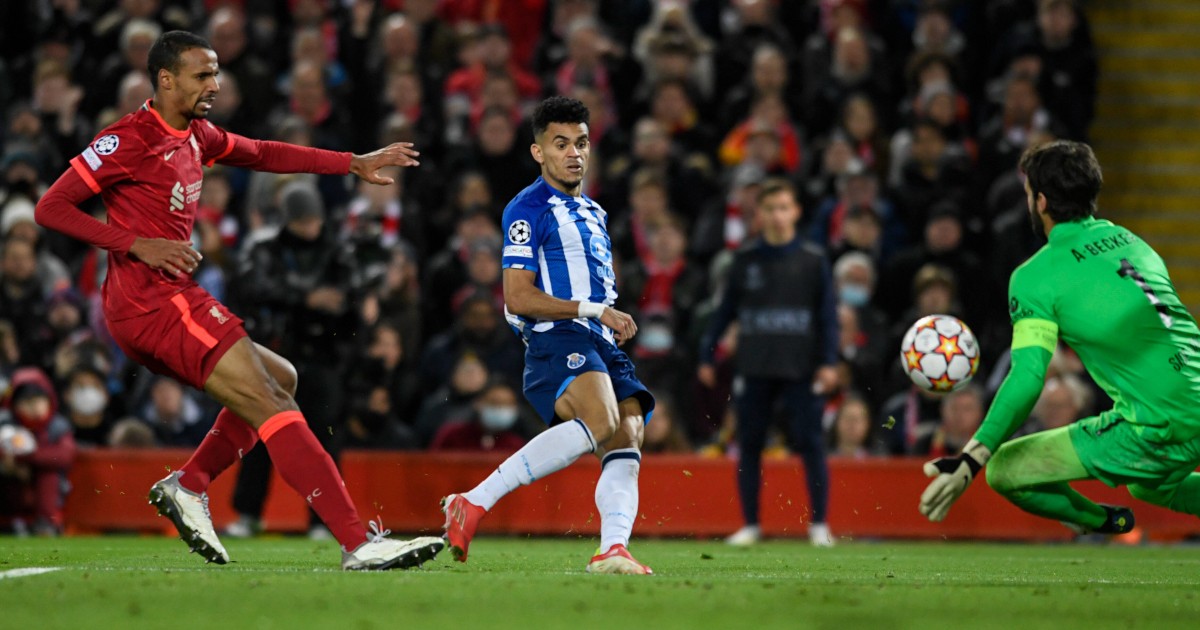 James Milner has already ruined the first Liverpool ‘dream’ of Luis Diaz. Man Utd failed to sign the Porto forward because they didn’t try to.

Luis change
The sudden news of Liverpool’s impending move for Luis Diaz understandably dominates the news on Friday as outlets seek to cover all the possible angles. This can lead to some pretty funny reporting, such as this from the Daily Mail:

‘His presence will also shake up the ageing forward line of Mohamed Salah, 29, Roberto Firmino, 30, and Sadio Mane, 29, who are all approaching the final year of their contracts.’

Well everyone is ‘ageing’. But suggesting that Salah (23 goals and nine assists in 26 games), Mane (10 goals and one assist in 26 games) or Firmino (seven goals and four assists in 20 games) are, by definition, ‘reaching the end of useful life’ just because they are in or approaching their 30s does seem a little harsh.

Luis cannon
The MailOnline have produced a long and in-depth feature about Diaz’s upbringing and emergence. It is a fine read that features the following line:

‘This football-mad kid was no doubt vaguely aware of clubs with exotic names such as Tottenham, Liverpool, Manchester United, Everton and Newcastle.’

At least three of those things are not like the others. When Diaz was seven, Everton finished 17th. Tottenham never came higher than 9th in the first nine seasons of his life. The year he turned 12, Newcastle were relegated. Those ‘exotic names’ were probably not too high on his agenda.

Luis ends
The Daily Mirror website are always good for this sort of thing, digging deeper than anyone to find every minute detail. Which brings us this headline:

Well that’s a slight downer. Hopefully it won’t scupper anything.

‘Luis Diaz may have to wait to get his hands on his dream shirt number at Liverpool as he edges closer to completing a marquee transfer to Anfield.’

Oh lord. Although considering Diaz wore the numbers 23 then 10 for Atletico Junior and 14 for Colombia, he probably won’t mind all that much. The fella has only ever had the 7 during his time at Porto so does that really constitute a ‘wish’ or ‘dream shirt number’?

The ‘Cristiano Ronaldo hint’ that Manchester United ‘missed’ came from quotes made by former Colombia coach Carlos Queiroz in 2020, vaguely comparing him to the 36-year-old.

But the idea that Manchester United lost a ‘transfer battle to Liverpool’ is undermined somewhat when they add ‘the Manchester Evening News report that United were never truly in for Diaz due to their abundance of right-footed left wingers, such as Marcus Rashford and Jadon Sancho’.

Can you lose a battle you are actively not involved in?

Luis items
Over at the Liverpool Echo, they have ‘predicted’ the ‘impact’ Diaz will make at Liverpool.

How? Through signing him on Football Manager and simulating the rest of the current season. At least that allows us to discover that ‘the 24-year-old showed he can fit into Klopp’s pressing system as Diaz registered a tackle success rate of 87%’.

Shame they couldn’t predict that he turned 25 a couple of weeks ago, mind.

Luis women
But the absolute holy grail of this developing story is delivered by the Daily Star website:

Top marks for sticking luis-diaz-wag-liverpool-transfer in the URL. Check all those grubby boxes.

Pereira socks
There is precious little space for any other stories, but the Daily Mail do make room to continue pretending this is true:

‘However, protests from supporters have put [Vitor] Pereira’s job hopes in jeopardy.

‘And even if he is appointed Everton’s new manager, he is likely to face a battle to win over supporters who have protested so vociferously against him – a reality that won’t be lost on Pereira.’

Mediawatch is still yet to see a single placard or banner during the Everton fan protests this week that even refers to Pereira. One bit of graffiti absolutely does not amount to his potential appointment being ‘vociferously’ opposed by supporters.

Scouse keeping
In any event, it seems that Frank Lampard might actually get the job at Goodison Park. And The Sun reveal his secret weapon: bringing Anthony Barry with him from Chelsea:

‘Barry, 35, would add a crucial Scouse element to Lampard’s reign. He is an ex-Everton youth player and was born in Liverpool – a background that would go down well with the Toffees’ disillusioned support.’

Are we back to championing Paul McCartney for the post?

In decent ‘nick
On January 21, Ken Lawrence of The Sun wrote the following of Manchester United interim head coach Ralf Rangnick after he substituted Cristiano Ronaldo then dealt with the Portuguese’s histrionics swiftly and efficiently while his players celebrated one of the replacements scoring another goal in a win:

By January 28, Lawrence is back to say:

In the space of a week – which coincidentally involved Manchester United going fourth as Rangnick won his sixth game of ten in charge – the German has gone from ‘too weak’ and ‘not the man to take the club forward in the long term’ to ‘technically and tactically one of the best coaches in the world’ who ‘will have earned a long-term contract’ if he makes an £89.3m footballer play well. Top work, Ken.