Plus another manufactured controversy, and you can play two guessing games. Lucky buggers 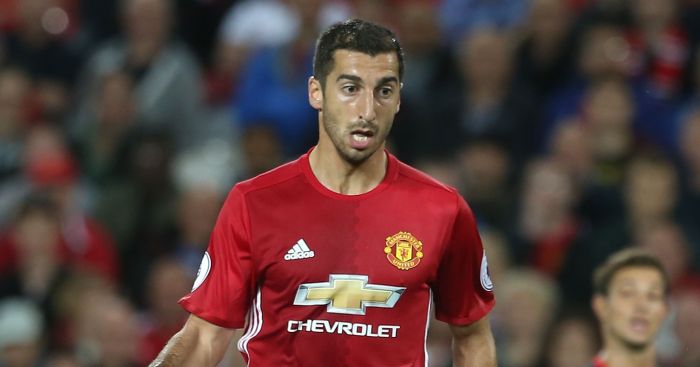 ‘A BUSTY former Wag brags: I don’t need makeup because I have boobs.  The model posted a selfie highlighting her cleavage, captioned: “My morning face while I sip my coffee … #kukulele #vodimljubavsakavom #morningsexwithcoffee #idontneedmakeup #ivegotboobs”’

Football story, remember. On the football homepage, tweeted by the football account, written by a football writer. Jesus.

Let’s play a game – which footballer is referred to in the story? Mediawatch will give you 1,427,000 guesses, and the answer is at the bottom of the page.

So it appears
Mediawatch will admit to enjoying the following lines in that ludicrous The Sun story:

‘The brunette appears to be lying down as she captures the surrounding area.’

There’s no ‘appears’ about it; she’s definitely f**king lying down. We can see it.

‘She shows her impressive bosom in the same shot.’

She’s a star
Now let’s play another game. Name the player referred to in this Irish Independent headline (answer also at the bottom of the page):

You do rather give the whole ‘Manchester United star’ game away when the piece includes the following line:

‘The ceremony was a far cry from XXXXX’s footballing glory days in 1998, when he scored a hat-trick for Manchester United as a 20-year-old, albeit in a pre-season friendly against Birmingham.’

Oh Mkhi, you’re so fine
In The Sun, Neil Custis has another Manchester United ‘exclusive’: Henrikh Mkhitaryan is not a happy boy.

‘NEW boy Henrikh Mkhitaryan is frustrated at not being played in his favourite position. The Armenian made his first Manchester United start in Saturday’s 2-1 derby defeat — but was hooked at the break.

‘He repeatedly lost the ball and failed to break down the right as boss Jose Mourinho wanted. But Mkhitaryan is not happy having to play wide in a three behind the striker. That is where he has appeared in each of his four sub appearances too since his £30million switch from Borussia Dortmund.’

Mediawatch is a little confused, here. Because if Custis’ source is Mkhitaryan’s camp, you’d have thought he might have got the scoop that the Armenian got injured in Saturday’s derby; The Times have that exclusive.

Yet Custis is not finished, and this is when things get really smelly:

‘Last term, the 27-year-old was voted best player in the Bundesliga after scoring 11 times with 15 assists, mainly from his favoured No.  10 role. But to fit him in there at United would mean captain Wayne Rooney being dropped or moved – and Mourinho is not prepared to do that.’

It might have at least been worth doing a spot of research. Mkhitaryan was indeed voted best player in the Bundesliga last season, but he played only two games as a No. 10 in the league, and only seven out of 52 matches in all competitions. He largely played on the wing, where he was sodding phenomenal.

Mkhitaryan may well want to play as a No. 10, but you can’t just change history to fit the story. ‘Mainly from his favoured No.  10 role’ simply isn’t true.

‘YOU thought it was a total embarrassment — one of the most humiliating tournaments in England history. Beaten by a frozen rock from the middle of the Atlantic — Iceland.

‘But in fact, at least according to Uefa, England under Roy Hodgson were a team to watch and savour at Euro 2016. A team that dazzled with their offensive patterns, vigour and energy. And with a keeper who was brilliant with his feet.

‘But it was his hands that let England down. Indeed, if ever scandal-hit Uefa wanted to undermine its tattered reputation further, the publication of the official report into Euro 2016 pushes ALL the buttons.’

Lipton’s anger comes after UEFA published its technical report of Euro 2016 which, as part of its 51 pages, contains a short section on the style of play of every team.

It’s important to note that these observations are all positive, so there’s really no point getting your knickers in a twist about the praise England received when that was the entire point of the exercise.

For example, Russia coach Leonid Slutsky described their tournament as a “disgrace”, yet UEFA praised Russia for ‘aerial power in attacking and defending set plays’, ‘Dzyuba fast, strong and skilful in leading front line’ and ‘quick attack-to-defence transitions’, among other things. In reality, Russia were rotten. But, and Mediawatch can’t stress this strongly enough, that wasn’t the point of these observations.

But yes, some mild observations on each country’s tournament strengths will definitely ‘undermine UEFA’s tattered reputation further’. Worse than corruption, this.

2) If this was a pitch invasion done in ‘brilliant fashion’, Mediawatch is suddenly a lot prouder of its 2am dancing.

‘Mentally still in the dressing room for Cavani’s goal, choosing to mark no-one after being dragged wide… gave the ball away cheaply and put Arsenal’s midfielders under pressure. He [Mustafi] does not look like the big-hearted leader Arsenal need at the back. Is he worth £35m? Not on this showing’ – Neil Ashton, The Sun.

‘Mustafi was competitive and strong. Has the makings of a good signing’ – John Cross, Daily Mirror.

“It’s not difficult to coach to just get 10 players right on your 18-yard box and it is difficult to break through. We are a team that tries to win in a sporting manner, try to work and initiate the game with the ball. It’s not my way of working. I like to take the initiative in games and let players express themselves” – Brendan Rodgers, November 2014.

Might be worth doing that ‘10 players right on your 18-yard box’ thing for the return fixture.

‘Hammered
“It’s a great game in terms of the occasion and Celtic rarely actually get hammered when they face Barcelona” – Charlie Nicholas, Sky Sports.

Recommended reading of the day
Liam Happe on Charlton

Paul Hayward on Leicester and the Champions League

Thanks go to Lar Hayden. If you spot anything that belongs on this page, send it to theeditor@football365.com with the subject line ‘Mediawatch’.

* It’s Dino Drpić, obviously. He has one international cap for Croatia and has been a free agent since leaving Duli Pengiran Muda Mahkota FC, but then you knew that already.
** It’s Philip Mulryne. The ‘Manchester United star’ played one league game for them.