Home Mediawatch Is there ‘any reason’ Salah or Mane would leave Liverpool? 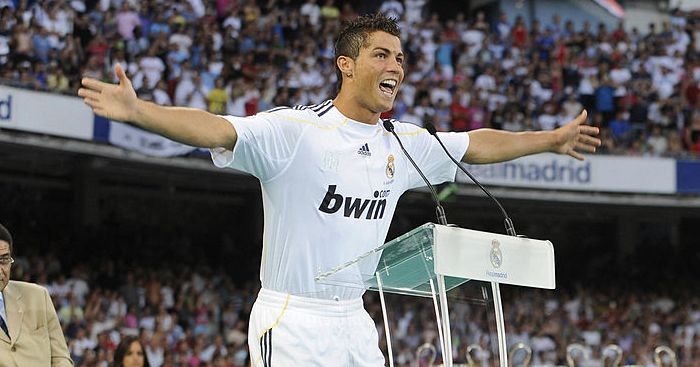 Ask a simple question…
‘MO SALAH and Sadio Mane are clearly on the wanted lists of Europe’s big spenders, but why would they want to leave Liverpool now?

‘Even if the likes of Real Madrid are lining up, I don’t see why they would want to go elsewhere. This is a club in Liverpool on the up, a huge club and they are well and truly back’ – Alan Shearer, The Sun.

Long answer: For the same reason Ballon d’Or holder Cristiano Ronaldo left Manchester United after they won three straight Premier League titles and reached consecutive Champions League finals, for a club that had finished a distant second in La Liga and were beaten in the first knockout round in Europe 5-0 on aggregate by Liverpool.

Shear audacity
Seriously though, Shearer is strangely insistent. ‘I don’t see any reason they would leave,’ sounds more like wilful ignorance than genuine insight.

They might want to leave because they are both 28 and theoretically have no more than four years left at their absolute peaks, thus time is running out to achieve everything they want to in their playing careers.

They might want to leave because they have won every major trophy at Liverpool and are eager to broaden their horizons.

They might want to leave for a variety of reasons, both personal and professional. And they might well want to stay, retire at Anfield and join the new Boot Room. But there is a strange incredulity about players possibly leaving dominant Premier League clubs for foreign teams, as if that hasn’t been a thing for decades.

Opel fruit
Perhaps they would want to leave Liverpool because of the bothersome coverage of the newspaper you write your guest column for?

You see, as of Sunday evening, this was apparently the biggest story in all of football, top of The Sun’s website:

The prices of no other cars are mentioned, even though Andy Robertson’s Lamborghini is among those referenced. Weird.

But how surprising that Jurgen Klopp, brand ambassador for Opel, would drive one of their ‘motors’. And does it really matter whether his or anyone’s vehicle is ‘modest’ or ‘flash’ if they can afford it?

The story is comprised of 113 words and 23 pictures, by the way, which is incredible.

Still, it’s marginally better than The Sun’s previous attempt to shame Liverpool’s players into following their humble (sponsored) manager. Check out this headline from December 2016:

‘LIVERPOOL boss Jurgen Klopp has shunned the flash cars driven by his millionaire players as he turned up to training in an Opel Insignia.’

Let’s call it progress and move on quickly.

Neven enough
Hell, maybe Klopp will leave before anyone.

‘Liverpool boss Jurgen Klopp tipped to QUIT Anfield and take new job,’ says the headline from the Daily Express website. That is an outlet that understands the IMPORTANCE of randomly shouting at its audience.

It also stumbled upon the suggestion that “Jurgen Klopp should become national coach at some point, absolutely – and then win the World Cup with Germany,” and figured there were clicks to be had under the pretence of inside information.

From whom does this claim originate? An unnamed source inside Liverpool? Someone who works for the German FA? Klopp’s overworked dentist?

Nope, nope and nope again, unless former Borussia Dortmund defender Neven Subotic has undertaken quite the career change without anyone noticing. There’s a man who definitely knows whether someone he worked with five years ago is going to QUIT his current job or not.

Phil me up
The wait goes on for Klopp and his players to actually lift the Premier League trophy. The Liverpool Echo wonder how that will go ahead with social-distancing measures still in place.

‘After Bayern Munich won the Bundesliga, they were allowed to celebrate their achievement almost normally – albeit with no supporters inside the Allianz Arena.

‘It had looked like adaptations to the ceremony might be made when Red Bull Salzburg lifted their Austrian domestic trophy by standing in circles to keep the players apart a few weeks ago.

‘But the situation in Germany appears to have paved the way for Liverpool to be allowed by the Premier League to do something similar.’

So it will be pretty much as it would have been before, just with no supporters? Grand.

The headline? ‘Philippe Coutinho’s Bayern Munich show Liverpool how Premier League trophy lift might work’. Even though Philippe Coutinho is literally not mentioned once in the article. Lovely.

Chelsea dagger
This headline from Goal certainly caught the eye:

The floor is yours, Joe Cole.

“Your Billy Gilmours, your Reece James…”

Glorious pluralising of individuals, for a start.

“…Mason Mount, Tammy Abraham – suddenly there’s been about £300m-£400m of talent, if you add up all of what they are going to be worth in a few years.”

So he included Tammy Abraham, too. And whether or not the initial statement is accurate, three players being ‘worth’ £400m is obviously different to four players being valued the same.

Yacht off the press
‘Cristiano Ronaldo whisks Georgina Rodriguez away on £15m holiday yacht’ – June 25, 11:40am.

‘Rodriguez sparks wedding rumours with Ronaldo as she shows off ring on yacht’ – June 29, 7.58am.

All published by The Sun’s website. Their football news website. Football news. And the last story is top as of Monday lunchtime after a relatively busy Premier League and FA Cup weekend. It’s as if football never came back.

Football365 shithouse headline of the day
‘Arsenal to pay £45.6m for Atletico midfielder as deal nears’

‘And Spanish website La Razon (via the Daily Express) now claims’ might be the most despicable start to a sentence in all of sports journalism.

Recommended reading of the day
Barry Glendenning on Harry Kane.