Home Mediawatch Is this the most ‘shocking’ Man United manager candidate yet? 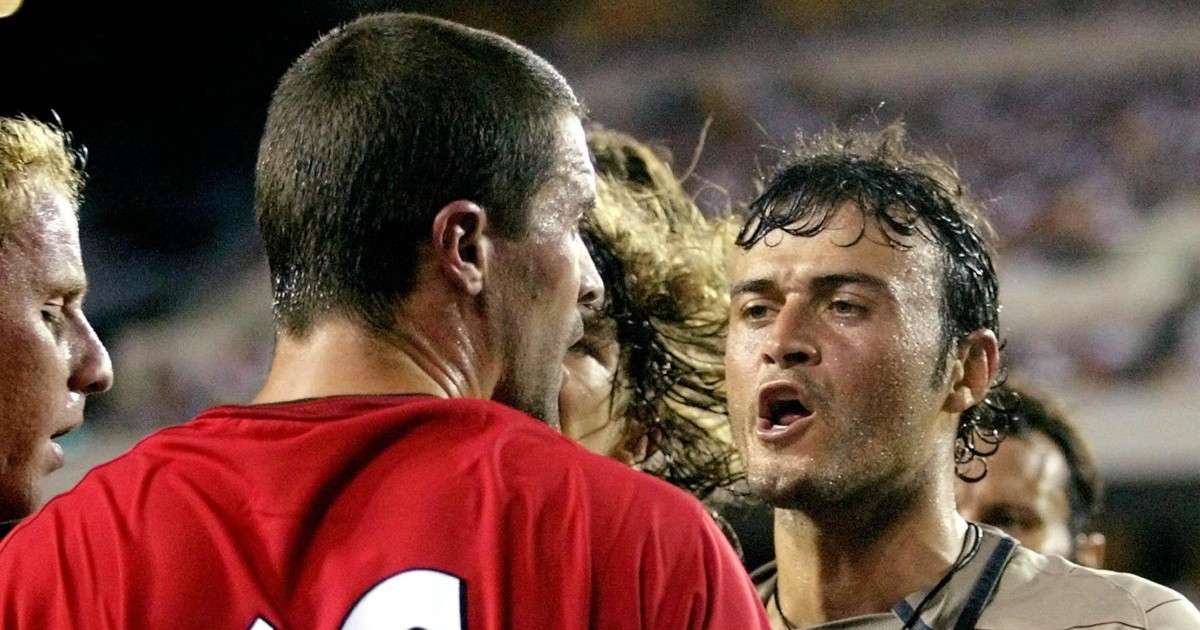 Manchester United really are thinking outside the box, while West Ham players are absolutely furious about something they knew months ago.

A Champions League winner with eight other trophies as a manager and experience at an elite (and similarly ridiculous) club in Barcelona, as well as an impressive international reign with Spain after a glittering playing career, will be considered by Manchester United to become their next coach? Are they f**king mad?

And ‘exclusive’ is generous. ESPN reported it on Thursday. Plus that link is old and established enough for Luis Enrique himself to have jokingly asked whether it was April Fool’s Day when questioned about it in November.

‘Kurt Zouma has become West Ham’s highest-earner following his move to the London Stadium with Declan Rice yet to agree a new deal at the club’ – Kieran Jackson, MailOnline, September 8.

Either they have been incredibly slow to ‘learn’ this news, or that fine ‘revealed’ nothing no-one was not already aware of. Hell, there was already a ‘WEST HAM MUTINY’ over this exact situation five months ago.

Angel Gabriel
The Sun really ought to consider taking Mark Irwin off Arsenal reporting duty because a) he really doesn’t enjoy it, and b) he does nothing to hide that fact. One of his running themes is to completely ignore an Arsenal win in favour of painting them as an absolute circus. This is just one of many million examples.

Another is provided on Friday. ‘GABRIEL MARTINELLI collected Arsenal’s fourth red card of 2022 as the young Brazilian was booked twice in a matter of seconds by Michael Oliver,’ he writes, giving no clue as to the scoreline.

‘Oliver had waved play on when Martinelli tried to prevent a quick throw by Daniel Podence in the 69th minute.’

‘But when he then raced back to haul down Wolves sub Chiquinho, Oliver decided that both offences were worthy of a yellow card and sent the young Gunner packing.’

Many more words follow, eviscerating Arsenal for their ‘appalling lack of discipline’, at which point one might expect they are reading about yet another Gunners draw or defeat. It is not made clear until the seventh paragraph that they actually won.

Mediawatch understands that the peculiar nature of that sending-off was noteworthy, but it does feel as though the match result should take precedent in a match report.

Fizzling regime
Of course, Irwin might simply be a little frustrated that Arsenal have taken literally a single game to make him look a bit silly.

It was after that 0-0 draw with Burnley just over three weeks ago that he wrote about a game which ‘confirmed a season that had promised so much is now in danger of fizzling out again’.

One game later, they are fifth and a point behind the final Champions League qualification place with two matches in hand, having just essentially ended a fellow contender’s hopes.

Danger unfizzled? Or completely overblown to begin with because Mark Irwin does not like reporting on Arsenal.

Penny pinchers
Fellow Sun scribe Tristan Barclay perhaps goes too far the other way with this:

‘ARSENAL are in pole position for fourth – despite not spending a penny.’

Literally the biggest spenders in all of Europe during last summer’s transfer window. ‘Not spending a penny’ in January – neither did six other clubs, including Champions League-chasing Manchester United and West Ham – doesn’t really cancel that out.

Quad tearing
Four days ago, Liverpool were ‘closing in on an unprecedented Quadruple after safely negotiating their way through to the last 16 of the FA Cup’. The Sun told us so. Yet by Thursday – after beating Leicester, no less – their own Graeme Bryce writes that: ‘JURGEN KLOPP may know deep down that going for the max this season really is only a pipe dream.’

Indeed. So why do you subsequently refer to Liverpool’s ‘Quad bid’, ‘Quad quest’ and how the hosts ‘produced the kind of football that Klopp believes gives him the right to suggest that going for the quad is not simply a pipe dream’?

What part of “it’s not very likely” when asked before the game about winning all four trophies gave you the impression that ‘Klopp believes’ he has ‘the right to suggest’ it ‘is not simply a pipe dream’? And doesn’t he know ‘deep down’ that it ‘is only a pipe dream’ anyway?

Midfield diamond
‘United’s midfield department has not been this imposing since they last hoisted the European Cup in 2008’ – Samuel Luckhurst, Manchester Evening News, October 29, 2020.

That ‘biggest squad issue’ is indeed improving on the midfield that was so very ‘imposing’ a year and four months ago.

I am (not) legend
The following two paragraphs feature in some Sun website fluff about Cristiano Ronaldo’s son. And they struggle to hide their anger that ‘Cristiano Jr is yet to open a social media account’.

‘Cristiano Jr isn’t the only son of United legends who are trying to make it in professional football.

Typo of the day
‘After three dismissals in their opening five, winless matches of this year Mikel Arteta warned his players that if their ill-discipline continues their hopes of achieving what they want in the remainder of the season will be minimal.