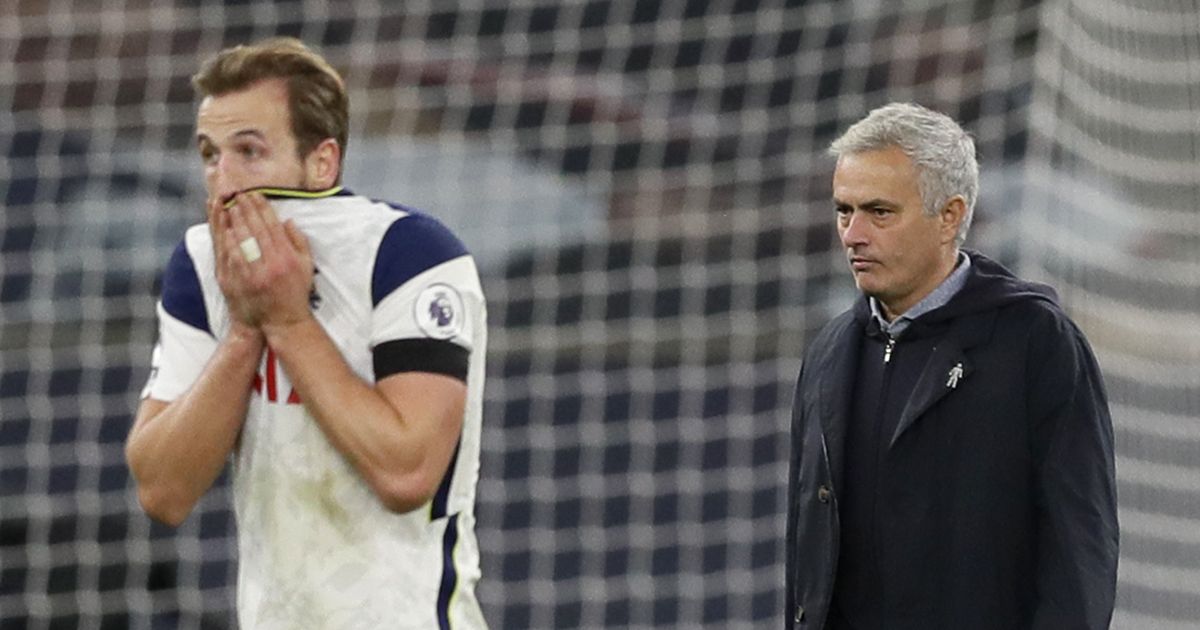 Gareth Southgate and Jose Mourinho absolutely despise each other if you believe the newspapers. Harry Kane is central to their ongoing war.

Simple plan
Gareth Bale joined Tottenham on a season-long loan last September. It was reported at the time that the deal contained a clause permitting Spurs to extend the move by another year. It would not make sense for either player or club to activate that in late March with much of the season still to complete, with such things as budgets liable to change based on, say, Champions League qualification.

For Bale in particular, it would come as no surprise to learn that he isn’t looking much further ahead than this summer’s European Championships with Wales.

So when he says that this move was designed to build match-fitness ahead of representing Wales at a major international tournament, and that returning to actual parent club Real Madrid when his time with actual loan club Tottenham ends is “as far I have planned”, it isn’t particularly groundbreaking.

It would be strange if Bale, while still contracted to one club, openly stated that he would be staying with a side that did not own him and does not yet want to commit to keeping him beyond the original arranged date, put it that way.

Pretty much the only thing he says is that his plan “is to go back”. And that is because it has to be: his Real Madrid deal expires in 2022 and, as things stand, Tottenham have quite sensibly not exercised any option to keep him yet. If he didn’t return to Spain he’d be in breach of contract.

But why report that when you can suggest he ‘has no intention of staying at Spurs’ and can’t wait to get away?

Stones throw
Elsewhere in the world of tabloid back pages, The Sun offer this:

Number of times John Stones mentions the ‘Quad’ in any way? Zero

Number of times John Stones suggests that England might benefit from players bringing a “winning mentality” from club level? A couple.

It’s not the same but it doesn’t matter when you get your decent idea for a headline first and work backwards from there.

Dirty Harry
If those two stories are not indicative of an international week flux, then this one certainly is.

It really must be migraine-inducing to decide whether Kane absolutely needs to start against each of San Marino, Albania and Poland over the course of six days in the middle of the most gruelling season in modern history.

John Cross of the Daily Mirror, for it is he, literally notes by his sixth paragraph that ‘Southgate is planning to rest and rotate players through the three games and has plenty of options in attack with Dominic Calvert-Lewin and Ollie Watkins also in attack’. So what’s the problem?

The newspaper’s chief football writer has previous for this. Back in October he reported that Southgate was on a ‘collision course with Mourinho in a potential club versus country row with concerns over Kane’s fitness for the Nations League clash’ against Denmark. This despite Kane having only played 24 minutes of the other two games in that international break.

Kane then started against Denmark and played the full 90 minutes to approximately no actual reaction from Mourinho. It’s almost as if club managers expect their players to feature at least a little bit for their countries if they’re called up for international duty.

‘Gareth Southgate is facing a dilemma over whether or not to risk the wrath of Tottenham Hotspur head coach Jose Mourinho and play captain Harry Kane in all three of England’s World Cup qualifiers with the striker keen to keep chasing down Wayne Rooney’s goalscoring record.’

So all it actually boils down to is ‘player wants to play’. Maybe we could also expect manager to manage and not just insist Kane features for every single minute?

‘Kane wants to play in all three games…’

Of course he does.

‘The 27-year-old is currently sixth on the list of all-time leading England goalscorers with 32 goals, which is 21 short of Rooney’s record, which he is desperate to break.’

Of course he is.

‘…as long as he is fit Kane will almost certainly tell his England manager he is ready to play in all three qualifiers if he is asked.’

Of course he will. But let’s give Southgate some credit and believe he won’t ask someone with a history of muscle injuries to play 270 minutes of football in less than a week.

“In these three-game windows we want players in the best condition to perform, not only in game one, but game three. We’ve got to manage the load in training and matches and we try to do that.

“We had eight games in the autumn and I don’t think anyone started more than six. We played a couple of players more than we would have liked to in November, but we are talking about 20 minutes here and there.

“We’ve got to win matches and we’ve got three World Cup qualifiers. The managers understand that and I have empathy with them. We will do all we can to manage all the players.”

That was Gareth Southgate last week, speaking very much like a man steering in the opposite direction to a ‘collision course’ with Jose Mourinho. The only ‘wrath’ he seems to be ‘risking’ is those who need to fill column inches.

Captain slog
In the interests of fairness, well done to Sami Mokbel of the Daily Mail for this:

‘Gareth Southgate will prioritise Harry Kane’s welfare over his captain’s quest to become England’s all-time leading goalscorer with the striker ready to play in all three World Cup qualifiers.’

‘Southgate is well aware of the risks if his skipper is over-played and will manage Kane’s involvement so not to place the 27-year-old’s body under unnecessary strain, whether that means not starting him or taking him off as a substitute.’

Hit the road, Jack
But the award for story that reeks the most of international week goes to another offering from the Daily Mirror, who package James Nursey’s exclusive on Jack Grealish’s sponsorship rights thus:

Oh this is absolutely stunning work from the Daily Mirror.

Who are the 'rivals' entering a 'bidding war' in this 'four-way tussle', as they exclusively report?

How strange that the word ‘transfer’ sneaked into that URL. Still credit to everyone involved for this beautiful sentence: ‘Rivals manufacturers are already circling ahead of a bidding war for the in-demand ace.’