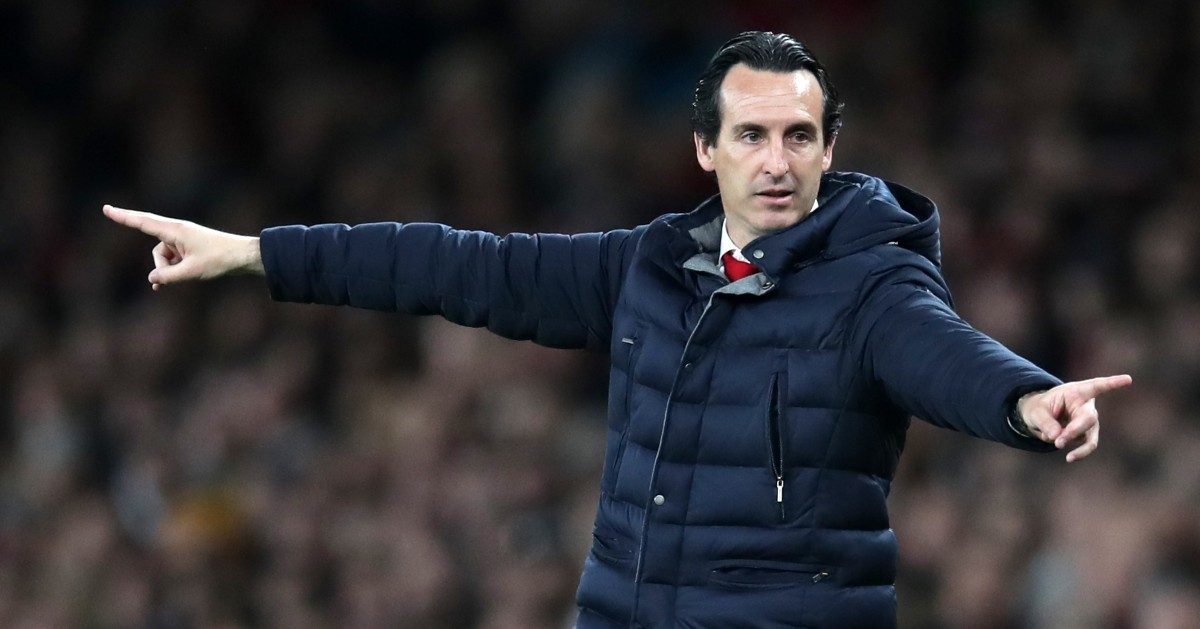 Some Newcastle journalists blew their load over Unai Emery. Will he still meet the squad on Thursday before taking charge against Brighton?

Emery go round
The backtracking of Newcastle journalists has been particularly fun in the aftermath of Unai Emery turning down the chance to replace Steve Bruce at St James’ Park.

No-one was more confident, more assured of the impending managerial appointment than Craig Hope of the Daily Mail.

‘Newcastle United expect to appoint former Arsenal boss Unai Emery as their manager this week,’ he writes in a story that was rendered moot within hours.

‘Emery has told Staveley he wants the job and, if final details can be sorted today, the owners want him on Tyneside to meet the players tomorrow. Training will be put back until the afternoon if necessary.’

Newcastle may need to delay it a little longer if they want Emery in charge. Like a year or two at least.

‘There is still a chance that the process could run beyond the weekend, in which case it is hoped he will be watching his new team from the stands at the Amex Stadium at least.’

It does feel like it might ‘run beyond the weekend’. And that schedule will be a tough turnaround for Emery: Newcastle play Brighton at 5.30 on Saturday evening, with Villarreal at home to Getafe at Sunday lunchtime.

‘We understand talks accelerated during a series of Zoom calls on Sunday, and Staveley believes she has now got her man to lead the team out of the relegation zone.’

Ah. Did someone forget to check what they were being spoon-fed? This is what happens when you blindly swallow everything your top-secret Newcastle source tells you without challenging it.

‘Emery’s anti­cip­ated appoint­ment – sources have stressed their con­fid­ence even in light of Roig’s com­ments – will rep­res­ent something of a coup for Stave­ley, who has been entrus­ted by her Saudi part­ners in head­ing the search to replace Bruce.’

Silly sources. But still, great ‘get’.

Mediawatch understands that situations and circumstances are fluid and what was accurate on Tuesday evening might no longer be so on Wednesday morning. But this is different: they ‘expect’ to appoint him, want him meeting the players within the next 24 hours and watching the weekend’s game at the very least. And as for the president of Emery’s current club saying he’s not going anywhere? Ignore that. It’s b*llocks.

Pardon the pun, but it is painfully clear that this was all more out of Hope than expectation. Maybe try and talk to both parties next time instead of just parroting the views of one.

Lost property
Credit to Neil Custis for avoiding mentioning Ole Gunnar Solskjaer even in passing until the 24th paragraph of his Manchester United match report for The Sun. The previous 23 are spent shuffling uncomfortably in his seat at the mere thought of Cristiano Ronaldo.

‘But when Ronaldo is on the pitch nothing is ever lost.’

Apart from against Aston Villa. And Leicester. And literally ten days ago when Liverpool beat him and his teammates 5-0. They sure felt a bit ‘lost’ then.

The year is 2021 and football journalism is still taken aback at the cliche of the next game being the most (MOST?) important, and so incredibly insular that it thinks one Manchester derby out of 38 league games takes precedence over securing qualification from an actual Champions League group.

‘Sherwood, who was Spurs chief between 2013 and 2014, is a big fan of the Italian after winning Serie A with Juventus, and said: “I can see them winning a trophy this season.

“The Europa Conference League is there for the taking. The only other real competition is Roma.”

There are 11 unbeaten teams in the Europa Conference League after three group games. Tottenham and Roma are not among them.

Only a proper football man could say that a side that sits third in their group might win a trophy because ‘the only other real competition’ is a side that just lost 6-1 in theirs.

Also, describing Sherwood as ‘Spurs chief between 2013 and 2014’ is absolutely amazing. Way to try and make a tenure that didn’t even last a full five months sound like a dynasty.

Tripp advisor
The prospect of Atletico Madrid returning to Liverpool on Wednesday is particularly fun when you consider that David Maddock is on preview duty for the Daily Mirror.

Mediawatch would forgive you for not realising the relevance of that. But it was Maddock who described Atletico as ‘not very good, not very good at all’ and ‘like a Sam Allardyce team’ in February 2020.

He also called them ‘stultifying’, ‘shocking’, ‘excruciating’, ‘turgid’, ‘absurd’ and ‘almost obscene’ – despite Atletico beating Liverpool 1-0 in a result Maddock felt was an absolute ‘injustice’.

Fast-forward to November 2021 and the two teams face one another again in an important Champions League game, with Maddock on the case:

‘Kieran Trippier says he never once feared going to Anfield with Spurs… and he’s not about to start now.’

It is added that Trippier and his teammates are ‘unafraid of Liverpool’s fearsome reputation’ and ‘undaunted by defeat in Madrid two weeks ago’.

It is almost as if Atletico a) are La Liga champions, b) were unfortunate to lose 3-2 to Liverpool last month, c) have probably played away in raucous atmospheres before, and d) beat Liverpool 3-2 at Anfield last year. What exactly would they have to ‘fear’?