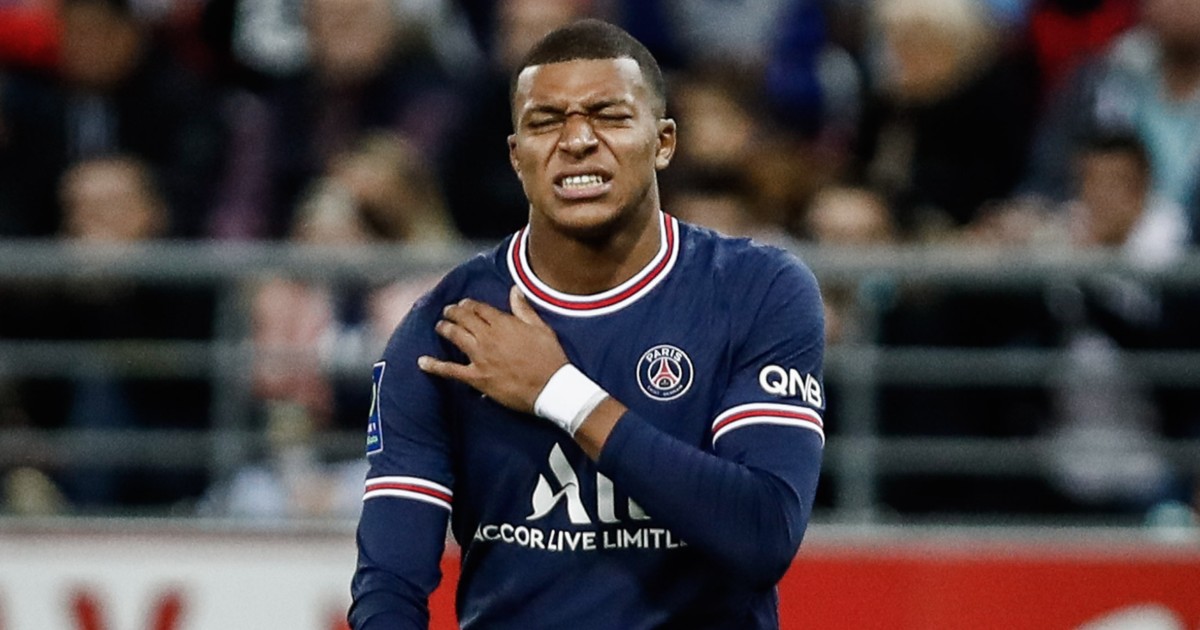 There can never be any bad Liverpool news for long while Kylian Mbappe continues to exist. And Manchester United’s midfield is confusing.

Buzz Kyl
Liverpool supporters would be forgiven for feeling a little disappointed after the transfer window closed. No Premier League club signed fewer players and their three main title rivals all strengthened considerably. No amount of renewed contracts would change that.

But the Liverpool Echo are not in the business of negativity. They much prefer rampant positivity – and all power to them – which is presumably why a picture of Kylian Mbappe appears top of their website and his name is mentioned nine times on their homepage alone.

The most prominent story is their live transfer blog which promises the ‘latest’ on the French forward. The breaking news is that PSG ignored an offer from Real Madrid. That is fair. But how does it relate to Liverpool?

Maybe the second story can shed some light and explain ‘the ‘sporting project’ pitch that could surprise Real Madrid’.

Credit is due to Paul Gorst who does concede that this has been ‘an ultimately underwhelming transfer window’ for Liverpool. But when he asks ‘can a thrifty Liverpool realistically expect to be part of the hunt for Mbappe as he enters the final year of his contract in Paris?’ for some reason his next paragraph is not a simple ‘No’.

Instead we must pretend that Liverpool might genuinely be able to sign a player whose middle name is essentially Galactico, so brazen is his and Real Madrid’s love for one another.

Gorst puts up some valiant arguments, ranging from the promise of title challenges, Champions League tilts, a wage that would destroy Liverpool’s current player hierarchy and likely lead to frustration in the dressing room, and the idea that kit manufacturers Nike might somehow help them.

But then we reach the final three paragraphs:

‘In a crowded market against clubs with bigger resources, Liverpool, ultimately, may find themselves squeezed out when the play for Mbappe’s affection really starts.’

‘Despite their relative stagnation in recent years, the lure of Real Madrid could still prove to be too powerful where this particular transfer target is concerned.’

‘But as Klopp’s “machine” – to use Mbappe’s own description – gets set to reboot this season, why should they feel they cannot at least bring some ammunition to the bidding wars?’

Because Liverpool would be ‘in a crowded market against clubs with bigger resources’ and ‘the lure of Real Madrid could still prove to be too powerful’. You said it yourself.

Did we really need 71(!) paragraphs and more than 2,000 words to reach a conclusion everyone knew already?

Echo chamber
The other stories on the Liverpool Echo that feature Mbappe in either the headline or the picture are:

And that is fine. It is what supporters are talking about so it would be foolish not to capitalise. It is just funny to note that this is not the first time Mbappe has been their safety net when things go a little wrong at Anfield.

Luck be a lady
Over at sister publication, the Manchester Evening News, Samuel Luckhurst is busy grossly underestimating the power of video games:

‘Ronaldo, Jadon Sancho and Raphael Varane is a trio of signings that Football Manager would struggle to simulate’

Apropos of nothing, here is a selection of recent headlines from the same website:

‘We ‘signed’ Eduardo Camavinga for Manchester United with winning results’

Good lord, there were more. So many more. So very many more. They even ‘signed’ Varane twice and simulated the aftermath. But signing him, Sancho and Ronaldo? Football Manager would just crash.

Midfield minefield
‘It has not been a complete summer for United. They have failed to get an upgrade at right-back (Kieran Trippier) or shift defensive dead wood to sign a second centre half. The biggest sticking point is the midfield’ – Samuel Luckhurst, September 1, 2021.

‘Matic, the most impressive at Goodison Park over seven months ago, was only withdrawn due to a caution and Van de Beek, in his first major start for his new club, made way for Bruno Fernandes, who found Rashford for the clincher. United’s midfield department has not been this imposing since they last hoisted the European Cup in 2008’ – Samuel Luckhurst, October 28, 2020.

Just short of a year between the most ‘imposing’ midfield since they won the Champions League and it being ‘the biggest sticking point’. So close.

Not in the picture you chose to specifically make him look unthrilled, no. But he looks pretty happy here:

We signed a winger! 🦋#FlyLikeReiss

And he seems positively delighted here:

Feyenoord did indeed release more images of Nelson smiling and generally being content. So quite why an outlet would want to pretend he is unhappy when bountiful evidence to the contrary exists is unknown.

And another thing…
Oh, and while we’re on The Sun website: in no world should Benjamin Mendy – or anyone – ever be described as a ‘rape charge star’ because that is obviously f**king awful.

That is a mighty long name.

The follow-up of ‘can’t even compliment someone without offending somebody. Ffs’ is amazing. You can’t say anything nowadays.