Home Mediawatch Mediawatch: Oh no, poppy season is back

The most wonderful time of the year is back, when we argue over free choice and politics 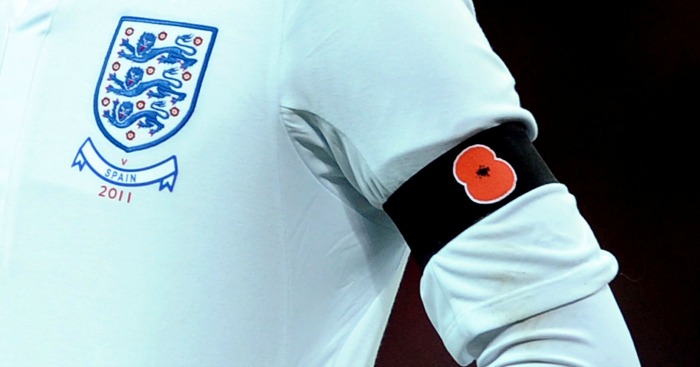 The most wonderful time of the year
What is your favourite time of the year, dear reader? Is it Christmas, when you eat, drink, be merry and see the family? Is it your birthday, when you get presents and enjoy a personal celebration? Is it the first days of spring, when the countryside rubs its eyes after a long, cold winter? Is it New Year’s Day, the time for new beginnings and fresh starts?

Or are you like Mediawatch, for whom poppy outrage season is the most wonderful time of the year? Because we love remembering our forefathers fighting for the right to free will by having people abuse those who make the choice not to do something. Whoooooo!

Football enjoys its own special form of outrage, of course: poppies on shirts. In November 2011, FIFA blocked England from wearing a poppy on their shirt in a match against Spain because “players’ equipment should not carry any political, religious or commercial messages. The same regulations are applied globally, and uniformly, in the event of similar requests by other nations to commemorate historical events.”

Since then, that’s always been the case. England’s players instead wore poppies embroidered onto armbands, which FIFA permitted, and we all moved on. Hahaha.

That is the not-at-all inflammatory front page of The Sun on Tuesday morning. The online story unsurprisingly goes further: ‘Fury as cold-blooded Fifa chiefs ban England and Scotland players from wearing poppies on shirts during World Cup qualifying match.’ Okay, we admit that we laughed at ‘cold-blooded’.

The ‘exclusive’ tag caught Mediawatch’s eye because The Sun’s story contains ‘furious fan reaction’. Given that you couldn’t gauge reaction to a story that you were carrying as an exclusive the next day without bending time, we’ll assume that the fury itself is the exclusive.

The fan ‘fury’ is an unpleasant angle, particularly for an exclusive, because it sells the anger of the few as the opinion of the majority. That’s deeply unhelpful.

‘Wearing a poppy is not a political statement,’ The Sun’s editorial reads. “It’s a harmless and poignant way to remember Britain’s war dead. We on The Sun believe in the freedom to wear one, or not to. For FIFA to ban England and Scotland from having poppies on their shirts on Armistice Day is crazy, illogical and none of its business.’

Firstly, it really is ‘their business’; it’s a match played under their governance. And it’s hardly ‘crazy’ when it adheres to the rules they previously detailed.

So here’s the thing: nothing has changed. FIFA ‘banning’ England from wearing a political message on their shirts isn’t news, because they are simply adhering to the same rule they administered five years ago. Whatever your views, it is impossible to deny that the poppy has political connotations. If not to you, then to someone else. So that’s that. Please.

And another thing (sorry)
‘At the last England international to fall close to Remembrance Sunday, a friendly against Spain in 2011, the poppy was ­relegated off players’ shirts and worn on black armbands instead,’ that Sun piece reads. Relegated?

Grief and remembrance is a state of mind, not an adornment on a shirt or armband, and certainly not some league table whereby tributes are ranked according to their worth. The poppy was intended as a mark of remembrance, not a symbol of compulsion. English football would do well to remember that. Its tabloid media would do well not to deliberately stir up the outrage.

We await the next fortnight with some trepidation.

Chin up, Bastian
‘Bastian Schweinsteiger is back training with Manchester United’s first team, although he can forget about a return to the side,’ writes Neil Custis in The Sun. ‘But things could be worse – he still had tennis pin-up wife Ana Ivanovic to go to lunch with afterwards.’

Erm, is a man not allowed to be down about his professional life if he has a wife people consider to be beautiful? Chin up, Bastian, don’t worry about the day job pal. That ‘tennis pin-up’ is also a former world number one, by the way.

Elsewhere, the Daily Mail reports the story by saying ‘the couple were pictured arm-in-arm as they dined in Hale Village, Cheshire’.

That sounds like an extremely messy way of eating lunch.

Revealed
‘Expert analysis, fixtures, results’ is the tagline on the tab of the Daily Telegraph football homepage. Mediawatch is wondering which of those topics their ‘Revealed: What Bastian Schweinsteiger has done with all his time off at Manchester United’ story comes under.

But our favourite has to be ‘Look fabulous’, which is Schweinsteiger’s tweet of him stood in jeans. They’re like we actual humans in so many ways.

Is it just me?

Is it just me? Anyone else already bored rigid with the US election? Is nothing happening in the UK? Thank goodness for MNF #beINSports

Ignore potentially the most important election result in the last 50 years and the next 100 years. Ignore the decision to refuse a full investigation into Orgreave. Ignore the news over negotiations for our exit from the EU. Stoke vs Swansea’s on the telly, and Keysey’s presenting it.

Perhaps go with the ‘distract yourself from X and Y with this’ angle next time, Richard.

A passion for fashion
Top work from The Sun for asking their fashion editor Joely Chilcott to run her eye over Barcelona’s team outfit for the flight to Manchester. Marks lost for not calling it the ‘Chilcott enquiry’.

‘Barcelona have suffered a denim disaster with their pre-match uniform,’ we’re told on the inside back page. ‘Walking through Manchester airport yesterday the lads wore denim shirts, white t-shirts and dark jeans by Replay.

‘But while some chose and open shirt, others buttoned up. Then there were those who accessorised with caps and puffa jackets. It meant the overall look was plain Messi – and gave City and unlikely win in the fashion stakes.’

Might as well turn around and go back home now, lads.

Bale out
‘NO Premier League club could EVER lure Gareth Bale from Real Madrid. Not for the football, the glory, the fame, the money or the lifestyle.’

So begins Antony Kastrinakis’ piece in The Sun. Might have been nice to have a word with your colleague, Antony? Would have saved him from all sorts of embarrassment.

Celebrations
‘Finally! Roberto Firmino Crystal Palace goal led to long-awaited celebration – but it could have cost Liverpool three points,’ reads the particularly wordy headline in the Liverpool Echo. It also grabbed Mediawatch’s attention, which we suppose is kind of the point.

A few things to note:

1) The Echo are claiming that, technically, Liverpool’s goal should not have stood because Firmino started his celebration while the ball was still on the line but not technically over it.

They quote this rule: ‘If play is stopped to caution the player, an indirect free kick shall be awarded to the opposing team from the position of the ball when play was stopped.’

2) Unfortunately, play wasn’t stopped to book Firmino until the ball was in the goal, which ruins the argument somewhat.

3) Also unfortunately, Firmino didn’t remove his shirt until the ball was in the goal. He just began to, lifting it up slightly.

4) Liverpool were already 3-2 up when Firmino scored, so disallowing the goal wouldn’t have cost them any points unless we’re changing history to give Palace another goal.

Still, the story did lead to this sensational paragraph:

‘Common sense should be applied in Firmino’s case, as it could create a situation where opposition players take off shirts when a striker is through on goal to halt play (although advantage could also be played).’

Reckon advantage might just be played there, yes. But it’s a lovely thought.

Giveaway line of the day
From The Sun’s editorial, page 10:

‘Wearing a poppy is not a political statement. It’s a harmless and poignant way to remember Britain’s war dead. We on The Sun believe in the freedom to wear one, or not to. For FIFA to ban England and Scotland from having poppies on their shirts on Armistice Day is crazy, illogical and none of its business. Even the Germans aren’t bothered.’

‘Even the Germans.’ It was going so well.