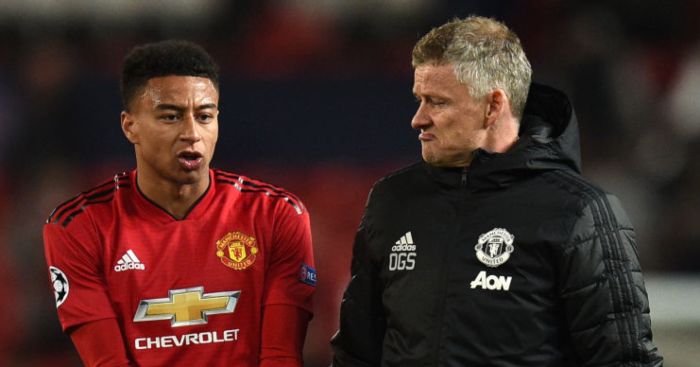 As around the sun the earth knows she’s revolving
A hell of a lot of work being done by the word ‘as’ in this headline on the Daily Star website:

How long has she been waiting in her (hot) bra for exactly this moment?

Eight ball
If you’re thinking that the departures of Romelu Lukaku and Alexis Sanchez might leave Manchester United a little light in the striking department, then think again because Samuel Luckhurst of the Manchester Evening Propaganda claims they are well stacked. Everything is basically brilliant.

On August 24 he wrote that ‘Should Sanchez leave United, Solskjaer would have eight forwards to choose from and three of them – Angel Gomes, Tahith Chong and Mason Greenwood – are teenagers’ and on August 28 he is back again with ‘the imminent departure of Sanchez will leave United with eight forwards, three of them teenagers, and Daniel James, 21, has just three Premier League appearances to his name’.

Mediawatch has a horrible feeling that he is including Jesse ‘no goals or assists in 2019’ Lingard.

Which is how you arrive at a situation where the Evening Standard‘s Alex Young spends a whole morning on a raft of stories with these headlines:

‘Who Liverpool could draw in UEFA Champions League: Toughest and easiest groups, fixtures’

‘Who Barcelona can face in Champions League: Toughest and easiest draws’

‘Who Chelsea could draw in UEFA Champions League: Toughest and easiest groups, fixtures’

‘Who Real Madrid can face in Champions League: Toughest and easiest draws’

So it’s little wonder that Young ends up telling us that Barcelona’s easiest draw would be a group containing Manchester City, Benfica, Dinamo Zagreb and Genk.

‘Ahead of’. BT released their ‘script‘ last month. And it was a silly bit of fun then.

Nacho cheese
Nacho Monreal may leave Arsenal this week, with Real Sociedad likely to lure the 33-year-old back to Spain.

The good people at football.London sense an opportunity in that move and opt for this headline:

But they make us wait, first explaining why Sead Kolasinac (left-back) and Calum Chambers (back-up centre-half) could be quite happy about the exit of Monreal before we reach Bellerin.

‘The final beneficiary need not be Bellerin but he would be a popular option to take the one remaining role Monreal filled in the Arsenal squad, that of being part of the quintet of captains Unai Emery intends to name.’

Oh. So not Bellerin really.

‘Bellerin is among the other contenders to join Granit Xhaka and Mesut Ozil in the quintet but so are the likes of Bernd Leno, Pierre-Emerick Aubameyang and Sokratis. Emery has spoken of the desire to develop the leadership qualities of younger players, perhaps Lucas Torreira or Alexandre Lacazette.’

So Bellerin is one of seven players who could be one of five players in a captaincy group. We expect him to throw a kick-ass pool party when Monreal leaves.

Oh and young Alexandre Lacazette is 28.

If I could…
‘PREMIER LEAGUE clubs are fighting a European pincer movement that could lead to the extinction of the League Cup,’ is the rather bombastic first line of Martin Lipton’s ‘exclusive’ in The Sun.

But it literally takes him four paragraphs of this story about a Champions League revamp to admit that ‘the only way English teams could play those games would be by withdrawing from the Carabao Cup or fielding youth teams’.

So they’ll just play youth teams then. As you were.

‘No sh*t Sherlock’ moment of the day
‘TOTTENHAM boss Mauricio Pochettino is concerned his squad lacks an attacking plan B following the departure of Fernando Llorente’ – Daily Mail.

May the force
‘Why Xherdan Shaqiri has not been playing for Liverpool and when he may be unleashed’ is a headline on the Liverpool Echo that promises rather more than it delivers.

Let’s start with ‘why’. As far as we can work out, it’s because he isn’t quite as good as Liverpool’s other midfielders. And they have thrown in some statistics to prove that point, illustrating perfectly why numbers are a blunt tool in the wrong hands.

‘Shaqiri posted a passing accuracy of just 79.5% in all competitions last season, for example, which would commonly be considered as bad compared to Gini Wijnaldum who managed 91.7%.’

So when might he be unleashed? What is the inside track from Liverpool?

‘Against Newcastle in the comfortable home environment of Anfield, the Reds may welcome Shaqiri’s offensive influence. Klopp may accept the reduced control that will be present by deeming his inclusion as worth the risk.’

They ‘may’. He ‘may’. And we all may sob at the idea that this is now journalism.

Title deeds
Elsewhere on the Liverpool Echo, we are told ‘How Sevilla and Wolves are shaping Liverpool’s new Premier League title fight with Man City’.

Which is bollocks because we are actually told how Divock Origi mentioned two games from the last four years when absolutely not discussing a Premier League title fight with Manchester City at all.

Mediawatch is spotting a theme, for the Echo’s Ian Doyle has written several stories in the last 24 hours, including:

Has somebody perhaps told him that ‘Liverpool Man City title’ is a popular Google search? Now the challenge is on to crowbar that into a headline with ‘Champions League draw’…