The media frots over Wayne Rooney but questions Romelu Lukaku. Plus, the flop Guus Hiddink. 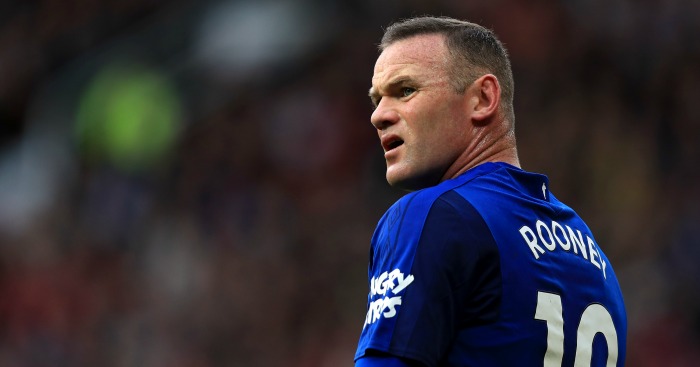 You’ve been sensational, you really did your bit
A few facts about Wayne Rooney’s performance at Old Trafford on Sunday as Everton lost 4-0 to Manchester United:

* His 67.2% pass completion rate was the worst of any outfield starter.

* He did not create a single chance for his teammates.

* No other player was dispossessed more often nor lost the ball with a poor touch more often.

* He made one tackle, no interceptions and two fouls.

And yet according to Danny Murphy on the BBC Sport website he was “sensational”,  he also “led the line on his own for much of the game, made chances and held the ball up brilliantly”, he was “absolutely brilliant”. “the shining light for Everton” and “his performance was something the other Everton players should look at and think ‘that is the level we should be at'”.

Yes, they should all aspire to create no chances, score no goals and give the ball away with alarming regularity.

Of course, there is one key statistic we neglected to mention: Eight England squads where the international careers of Wayne Rooney and Danny Murphy intersected, with Steven Gerrard and his fellow Scouser Murphy taking it upon themselves to nurture the then-teenage Rooney.

Goals, goals, goals
Murphy is not alone in his love for Wayne Rooney, with his BBC colleague Garth Crooks using the selection of Antonio Valencia in his Team of the Week to once again profess his love for the former Manchester United captain.

‘Rooney at his sharpest might have had a hat-trick in this game. On this showing, I’m not entirely sure why Mourinho didn’t insist the former England captain stay at Old Trafford for one more season. He clearly still has goals in him.’

Aside from the fact that he only had two chances, the important thing to note here is surely that Rooney did not actually score. And choosing a game where he did not score as evidence that he ‘clearly still has goals in him’ is, well, sensational.

‘Lemina is a top-four player in my opinion and fair play to Southampton for making the purchase. Why he is not playing for Liverpool or Arsenal is a mystery to me.’

That is quite the claim after watching him play one match against the team bottom of the Premier League.

‘It was Aguero’s sixth hat-trick in the Premier League and his 10th for City. Try to tell me that’s not world class.’

No thanks. Why the hell would we?

Rooney > Just about everybody
And so back to the ‘sensational’ Wayne Rooney, awarded 7/10 in the Daily Mirror’s match ratings for his performance against Manchester United, which makes him better than Phil Jones, Nemanja Matic, Marouane Fellaini, Juan Mata, Marcus Rashford and Romelu Lukaku. In fact, only Antonio Valencia was more impressive.

Bizarrely, the Mirror’s Chief Sports Writer Andy Dunn, who penned the ratings, then wrote this in his match report:

‘Thirteen years later, now an honest but limited grafter, Rooney re-appeared at Old Trafford as a symbol of its past. Lukaku is the muscular, intimidating symbol of its future.’

But yes, 7/10 for the honest but limited grafter and 6/10 for the ‘muscular, intimidating symbol’ of Manchester United’s future.

He ‘learned’ – presumably before the assist and goal – that ‘Lukaku must improve’, because of course five goals in five Premier League games is absolutely sh*t.

‘Manchester United were guilty of throwing away too many points against smaller teams at home last season on the way to accumulating 15 draws – and part of that problem was the number of chances missed. Zlatan Ibrahimovic was perhaps the one most guilty of this wastefulness but in Romelu Lukaku United looked to have signed a player who thrives on bullying these types of teams.

‘However, he, like Ibrahimovic, and in spite of the seven goals he has scored already (after his strike against Everton), is incredibly wasteful in from (sic) of goal. He missed a fine chance to double United’s lead in the first half against his former team and takes more than one chance to find the back of the net. He cost United three points against Stoke with a miss and it could turn into another season of the same of story (sic) unless he becomes more efficient in the tight games where his chances aren’t as regular as they are in other matches.’

You live, you learn
Independent thinker Jack Austin also ‘learned’ that Wayne Rooney ‘is not the answer to Everton’s goalscoring problems but he still has plenty to offer and exploited the space well in deeper areas when the game became more stretched’ and ‘he certainly brushed off any suggestions his move to Goodison is the start of his career winding down’. Now Mediawatch does not like to labour a point (it does) but HE DID NOT SCORE ANY BLOODY GOALS OR CREATE ANY CHANCES.

He also ‘learned’ that ‘United will truly be a real constant danger’ only when Jose Mourinho trusts both Anthony Martial and Marcus Rashford at the same time. They have scored 16 Premier League goals in five games; we think it’s going okay.

Panic stations
There is a wonderful lack of self-awareness from the Daily Mirror’s Darren Lewis, who is keen to ensure that there is no panic about Tottenham’s less-than-spectacular start to the season.

‘So, we’re really going to do this all over again, are we?

‘We’re really going to forget about last season, when some were crowning Manchester City champions in September and a few starry-eyed souls were debating whether they’d go the season unbeaten?

‘We’re really going to forget Chelsea’s defeat to Arsenal twelve months ago, which had us all concerned they would struggle to finish in the top four, let alone win the title that eventually became theirs?

‘Some of the panic surrounding Tottenham ’s failure to break down Swansea on Saturday is laughable.’

You get the message, right? It’s too soon to panic about Tottenham winning only two of just five games. An entirely fair point from Lewis.

Unfortunately, this the same Darren Lewis who wrote after Chelsea’s very first game of the season that ‘it will be some achievement if the champions can respond to yet another week of controversy, suspensions and in-fighting by beating Spurs, the best-balanced team in the Premier League’.

He also wrote – after one game, remember – that there was ‘a continuing crisis for a man knee-deep in it this summer’ and that ‘the fans can see that, once again, the club are in danger of shooting themselves in the foot after working so hard to make themselves champions’.

Writing a team off after one game (when they’re about to play the club you cover): Justified.

Questioning a team after five games (when they are the club you cover): Ridiculous.

Toil and trouble
Mediawatch began to suspect that The Sun were struggling to fill their ‘crying Dutchmen’ feature when they included Guus Hiddink in their list of Dutch bosses who ‘struggle to set the English top flight alight’.

They admit that Hiddink was quite impressive in winning the FA Cup during his first spell in charge of Chelsea but then claim he ‘came back in 2015 after Jose Mourinho was axed but the Blues toiled to finish tenth’.

They ‘toiled’ all the way from 16th to tenth thanks to a 14-match unbeaten run.

Try the steak
From Martin Samuel, Chief Sports Writer of the Daily Mail:

‘To be fair, at least Rooney was spared the humiliation of the final three goals. Already forced to appear with Everton’s new sponsor, Angry Birds, emblazoned on his sleeve – surely he gets enough of them at home…’